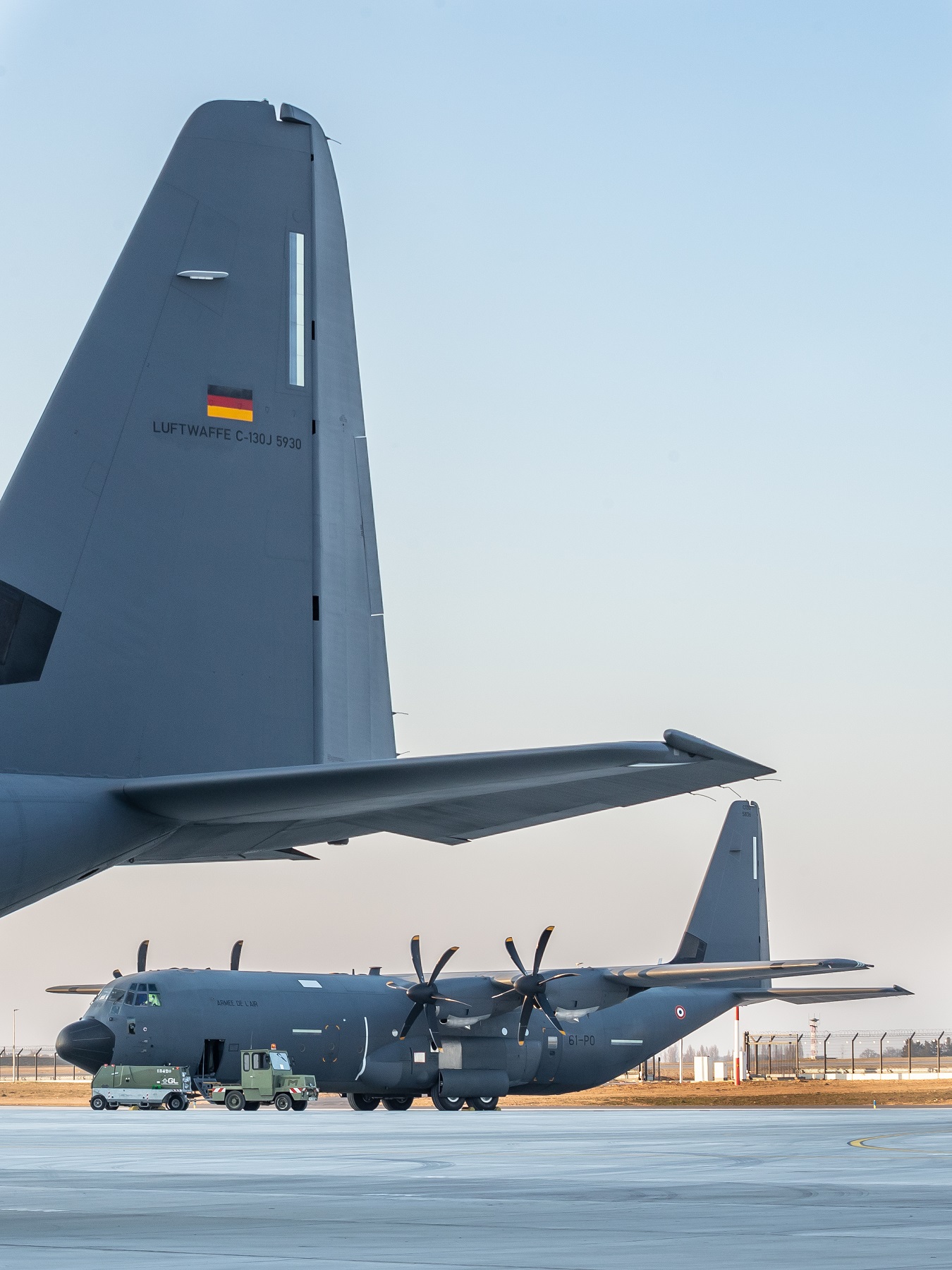 BATS is the French-German Binational Air Transport C-130J Squadron "Rhein/Rhin", stationed at the air base 105 in Evreux (France) and operating, ultimately, a fleet of ten “Lockheed Martin C-130J-30/(K)C-130J Super Hercules” aircraft. When fully operational, the ten assets are expected to provide up to a total of 6.000 flying hours per year.

BATS is an outstanding collaborative effort where French and German personnel work hand in hand, train together, provide serviceable aircraft and execute operational missions worldwide with mixed teams under the operational authority of EATC.

BATS is a unique cooperation between the French and German air forces. It originated in 2016 when France and Germany decided to expand their cooperation in the field of tactical air transport. A French-German declaration was signed, followed by an intergovernmental agreement signed in February 2017.

In principle, the ten C-130J-30 and (K)C-130J will be under the operational authority of EATC. This entails that EATC conducts operational missions on behalf of the French and German armed forces. Depending on mission types, flights may therefore be conducted without regard to the “nationality” of the aircraft and with mixed aircrews.

The unit also comprises a single technical and logistics organisation. Thus, it is of utmost importance that BATS operates under common concepts and procedures. This is why the French and German air forces decided to regulate the flight operations according to EATC’s operations manual and through a common concept of operations (CONOPS).

Today the squadron is already operating four French assets and ramping up the first German C-130. Five more German aircraft are to be delivered in the coming two years.

If you are interested in reading more on how EATC supports to ramp-up BATS, then read our follow-on article:

- How does EATC support the ramp-up of BATS?