The coat of arms

EATC’s coat of arms symbolises EATC’s worldwide operations within a multinational cooperation in the domain of military air mobility in Europe.

The coat of arms shows the globe as a grid which is overdrawn by a stylised white bridge carrying the acronym "EATC" in yellow letters. The globe is framed by a white ring with 12 yellow stars and is supported by the lettering "European Air Transport Command". In order to stress our multinational framework and to express our aim to reach a new level of cooperation, the core subject gets framed by 12 European stars.

The colour concept in blue and yellow is oriented on the colours of Europe to represent the colours of air forces alike. Blue also represents the colour of the sky as well as Europe, the cradle of an unprecedented concept for military cooperation.

The core of the crest is the stylized white "bridge" with the lettering "EATC". The bridge expresses the creation of connections, overcoming gaps and distances. A bridge can be used to reach far shores quickly and safely. In conjunction with the letters "EATC" in the foreground of a globe, this symbol expresses EATC’s claim to build air bridges to any location in the world and stands for the long-lasting history of multinational cooperation in the domain of military air mobility.

The intended relinquishment of continental borders in the depiction of the globe opens the view beyond European borders, which turns the area of operations for the European air mobility metaphorically into a worldwide scenario. 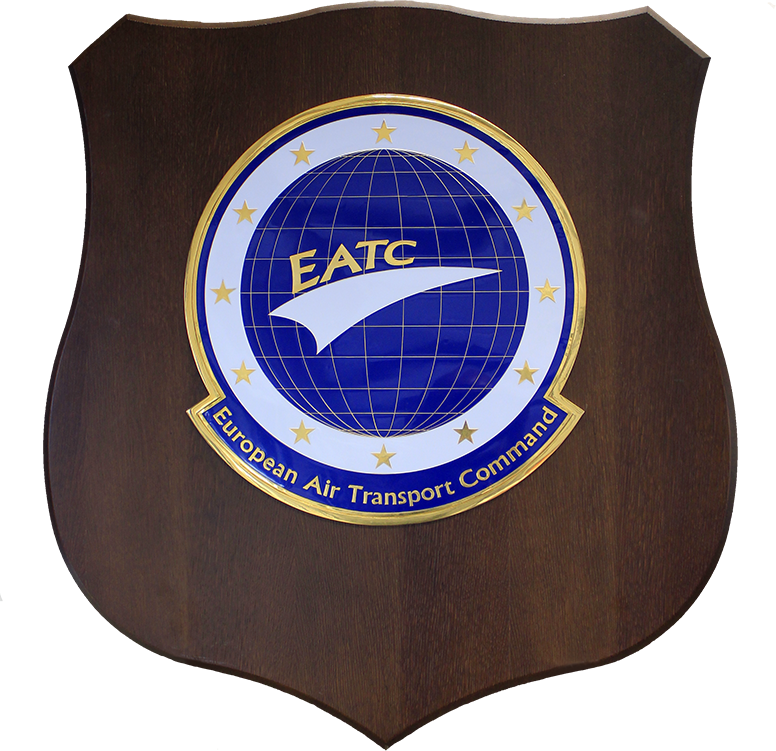