Who we are      The organisational structure

The EATC headquarters is located at Eindhoven air base in the Netherlands. It operates assets from seven nations under one command with one common set of rules and regulations.

The Commander (COM) and the Chief of Staff (COS) rotate on a three-year basis between France and Germany. As of 24 September 2020, the commander is German Major General (OF-7) Andreas SCHICK. The chief of staff is French Brigadier General (OF-6) Stéphane GOURG.

The Deputy Commander (DCOM) rotates on a three-year basis between Italy, Belgium, Spain and the Netherlands. On 28 September 2020, Belgian Brigadier General (OF-6) Paul DESAIR took over the position as DCOM.

The member nations are represented within the headquarters by the “Senior National Representatives” (SNRs). The SNRs are double-hatted: on the one hand they interface between EATC and their respective nation. They also act as national superior for their personnel assigned to EATC. On the other hand, they hold the rotational positions of the division heads and the deputy division heads, as well as head Public Affairs Office.

The command group is supported by three divisions: the operational division, the functional division and the policy & support division. The divisions are closely interacting and working hand in hand to increase effectiveness and efficiency within EATC. 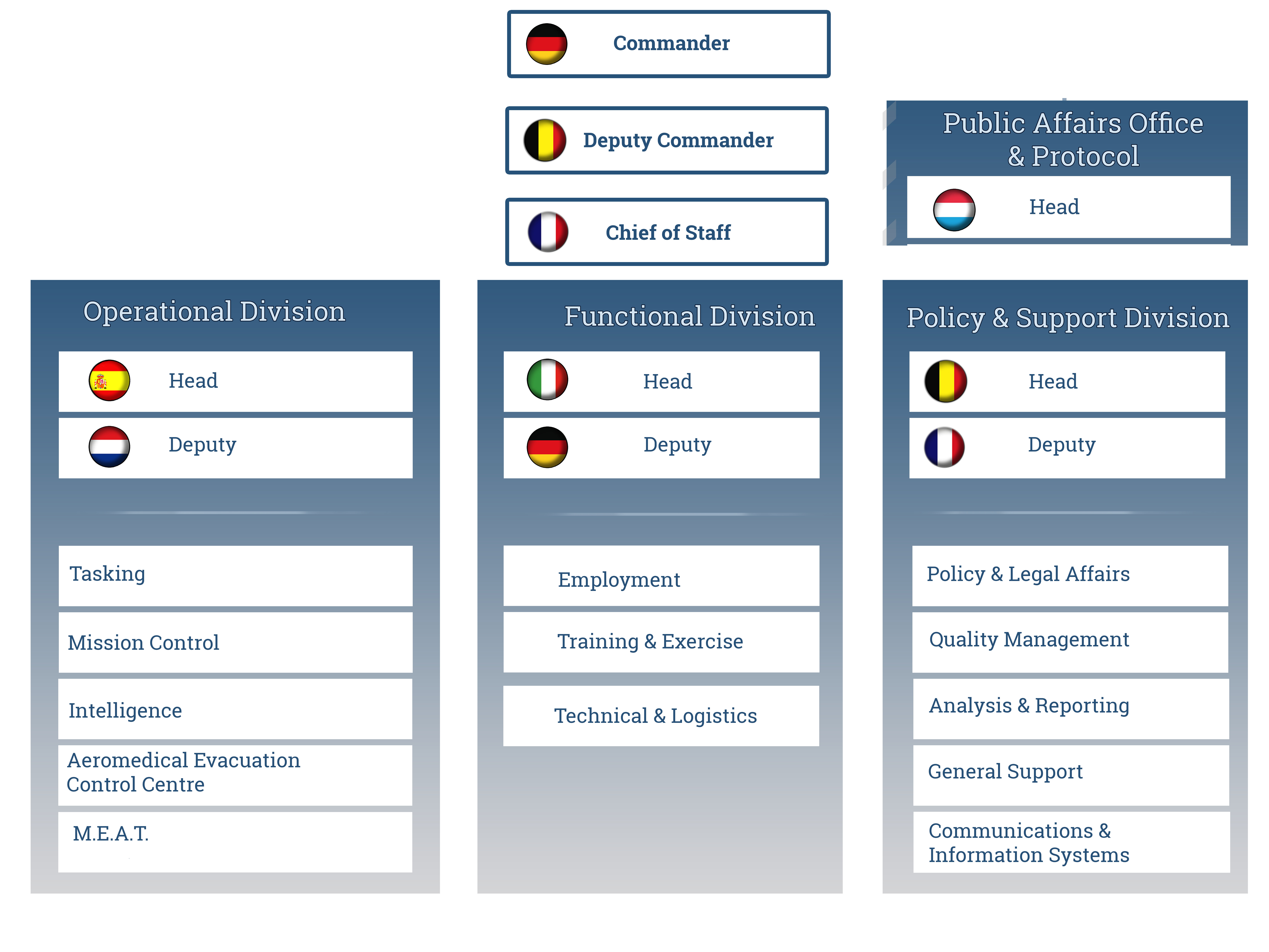