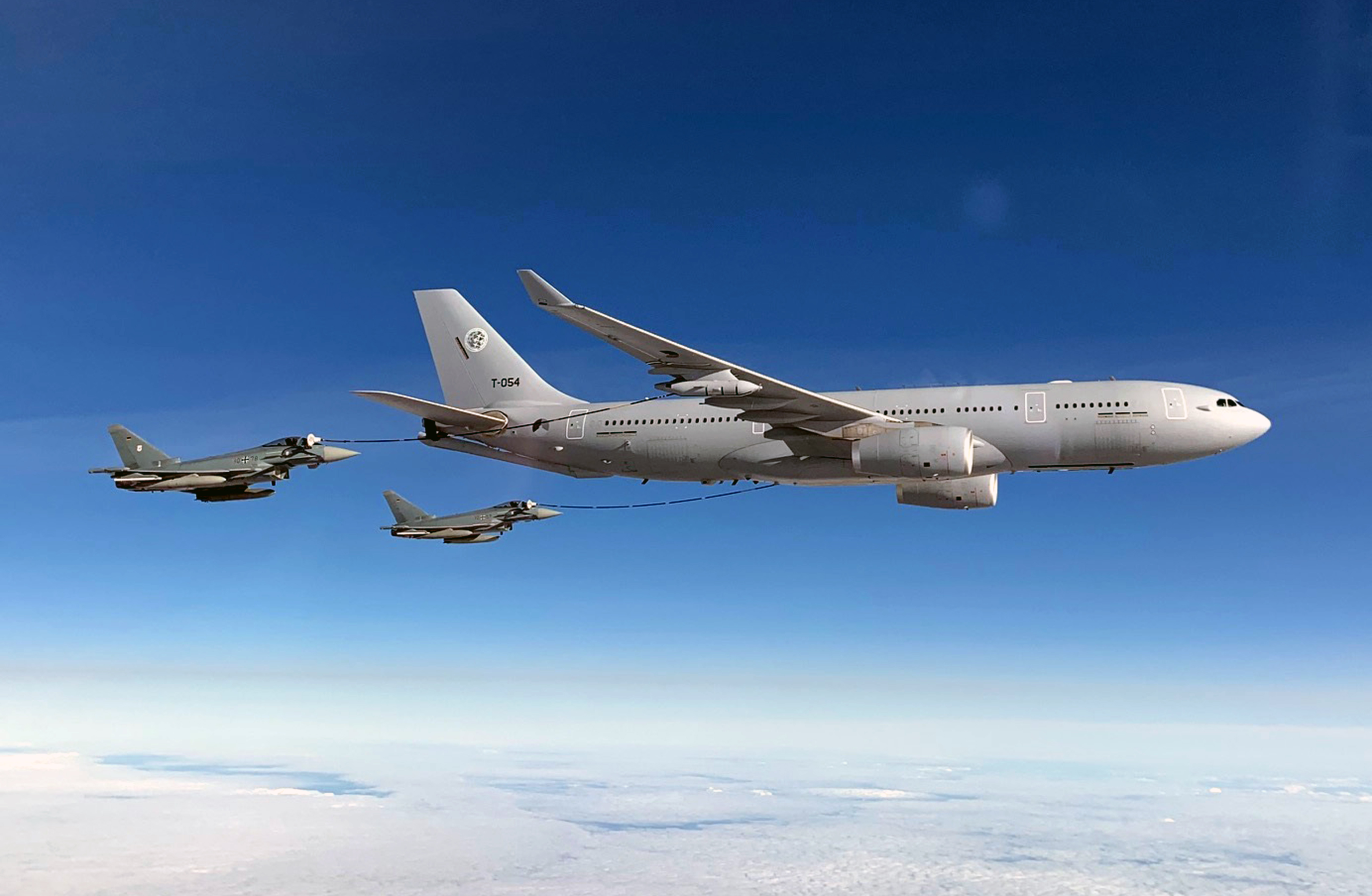 In February 2022, when the Russian aggression against Ukraine started,  EATC stepped up its efforts to facilitate its member nations’ support for Ukraine, including the provision of air-to-air refuelling for NATO’s air shielding mission. EATC had put into place a dedicated crisis response cell to offer a primary operation entry point tailored to the needs of the nations. In this context, EATC conducted 800 missions during the past ten months.

A particular 2022 endeavour focused on the EATC support to the major French redeployment from Mali. On behalf of the French Air Force, EATC planned and conducted missions with French and other nations assets, foregrounding pooling and sharing between the member nations through the smart use of a multinational coordinated ATARES manoeuver.

Another operational challenge included the exclusive support to the German Air Force for the complex exercice, Rapid Pacific. On top of logistic A400M missions, EATC planned and conducted the air-to-air refuelling missions of three A330MRTT to the six deploying German Eurofighters on their way to/back from Australia.

“The flying part is not everything!”

2022 was the “comeback” of an almost full training and exercises programme at EATC. The Commander and Deputy Commander EATC took the opportunity to visit various events. They both highlighted the professionalism of EATC’s teams and multinational trainers, as well as the outstanding support given by the host nations.

While supporting ETAC training events, EATC also led four “Combined Air Terminal” trainings (basic or advanced), as well as one “Combined Air Terminal Operations” exercise. Moreover, after a 2,5-year-covid-caused-break, EATC offered a new edition of the “Disabled Aircraft Recovery” training, with for the first time a professional e-learning tool for the  “Disabled Aircraft Recovery Officer’s” training. “E-learning” was high on the agenda also for the other trainings with first modules being set up and more to come.

In October 2022, the air-to-air refuelling training EART took place on Lanzarote in combination with a Spanish fighter exercise.  Three tankers and crews from France, Italy and for the first time, Canada participated in this edition, focusing on similar and dissimilar ”multi-tanker formation“ and ”tanker-to-tanker“ rendezvous procedures.

2022 offered a few premières to EATC. The first “operational planning board” took place in October, bringing together EATC experts, the NMTCC Commanders, as well as national training and long term planners. The first German C130J arrived at the binational squadron BATS in France and “visited” EATC at Eindhoven Airbase in November. Furthermore EATC conducted in June the first mission with a Luxembourg civilian contracted cargo capability. Another highlight was the publication of the first version of the Trail Missions Handbook (OM-K), as part of the EATC operational manual series. The K-manual harmonises the different national air-to-air refuelling processes and documents.

2023 will offer new challenges. One of them will be the step-up implementation of the “Lighthouse-Project”. The first  event to train A400M cross-activities in multinational teams will take place in June 2023 in Orléans, a second one is planned for September 2023.