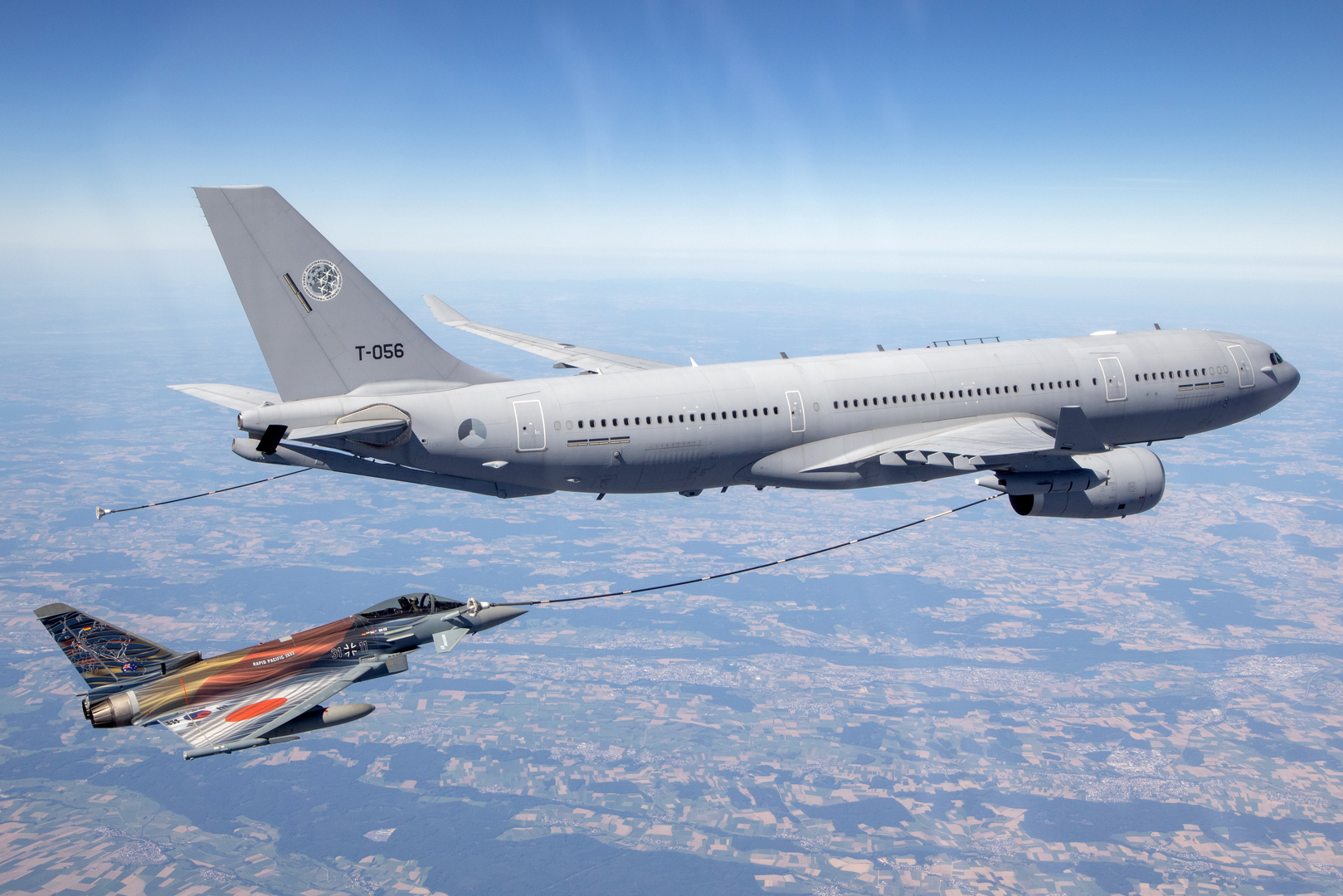 EATC published the first version of the “Trail Missions Handbook”. The handbook harmonises the different national air-to-air refuelling processes and documents. The overall objective is to improve interoperability during the planning, tasking and execution of trail missions conducted under the operational authority of EATC. It also offers a framework to partner nations to execute common air-to-air refuelling missions.

The handbook was developed in close coordination with the air forces of the seven EATC member nations and will be updated on a regular basis. It is an integral part of EATC’s Operations Manual, a comprehensive set of ten books governing the flight operations managed by EATC.

What is a trail mission?

A trail mission is an air-to-air refuelling flight, which deploys receivers (fighters) over a long distance and needs to be refuelled in the air. Planning of trail missions is complex and in-time information is vital to ensure the success of the mission. Other terms for trail missions are deployment flights, convoys, ferry flights or force extension missions.

EATC plans, tasks and conducts the trail missions of tankers, such as the A330MRTT, KC-767A or A400M. The KC-130J, on the other hand, has a limited air-to-air refuelling performance (i.e. not considered as a strategic air-to-air refuelling asset) and is therefore not included in the handbook.

Several different types of trail flights can be defined.  They include missions where receiver and tanker depart from and land in the same or in different countries. The receivers may also deploy on their own and get refuelled in pre-defined strategic areas by one or several tankers.