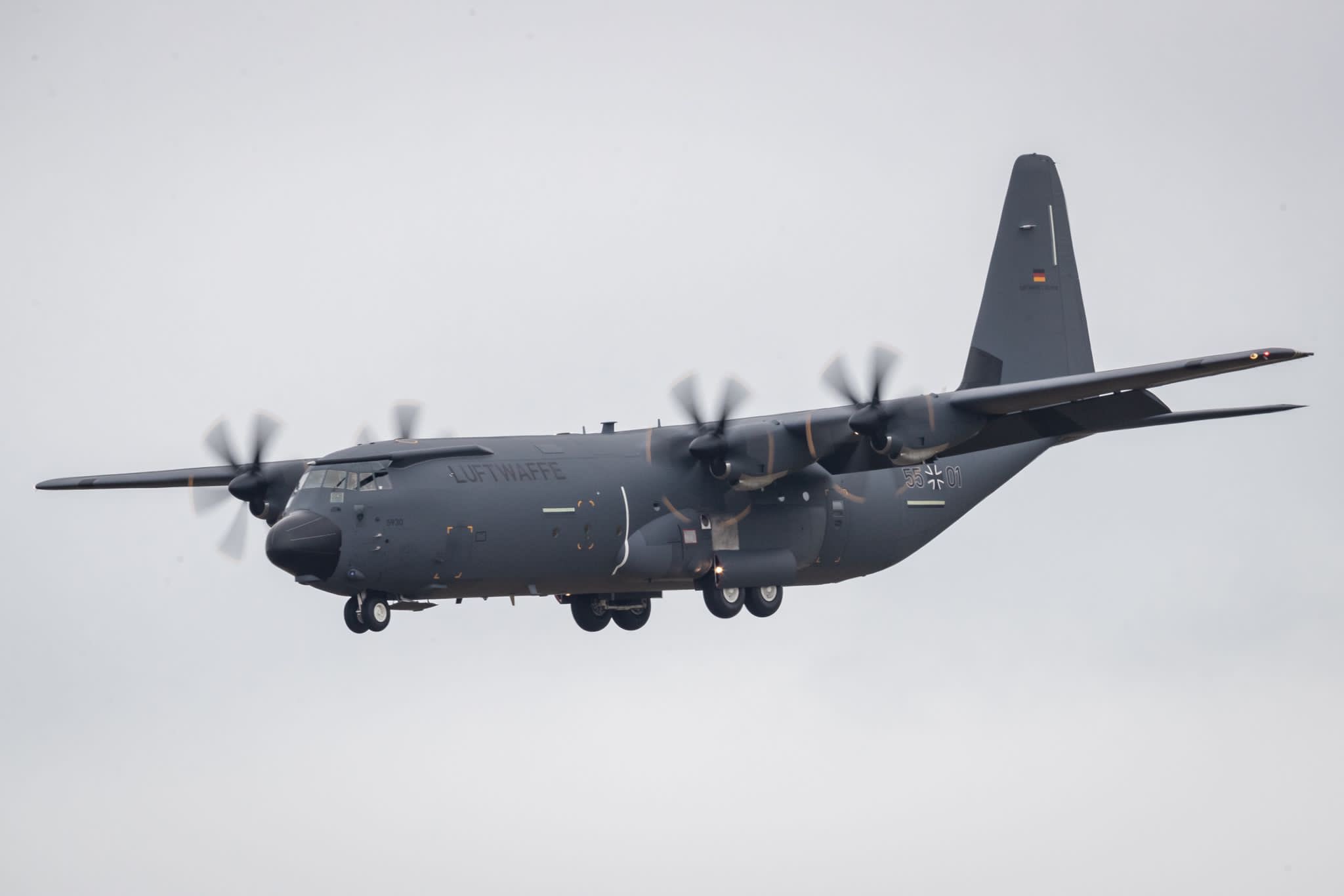 Four premieres for the German C-130J

On 20 June 2022, EATC conducted the first German C-130J flight from the home base in Evreux (France) to Berlin-Schönefeld (Germany). This was also the first operational flight of this aircraft and its first landing in Germany. The C-130J-30 registered 55+01 is now exhibited at the ILA Berlin* and for the first time presented to the public. Congratulations!

The C-130J-30 is the new tactical air transport asset of the German air force. In total six aircraft, three C-130J-30 and three KC-130J will be stationed at the binational BATS unit in Evreux. For more information on BATS, please read here.

In total, EATC’s portfolio will include 30 C-130Js, whereof 10 from the French-German squadron and 20 from the Italian Air Force.

The BATS is the third multinational unit under EATC operational authority, joining the Belgium-Luxembourg A400M unit in Bruxelles-Melsbroek as well as the Multinational** A330 MRTT Unit (MMU) in Eindhoven and Cologne.