The third European Air Refuelling Training (EART) has been launched at Eindhoven Airbase on 10 April 2016. Initiated within the European Defence Agency’s air refuelling initiative, this successful and effective training is run by EATC and hosted by the Netherlands.

EART is the only multinational air refuelling training for air crews and engineers, enabling them to become familiar with scenarios they’re not regularly exposed to. It is organised on a yearly basis since 2014 and in combination with the Dutch Frisian Flag fighter exercise.

Four different tankers from The Netherlands, France, Germany and Italy together with their air and ground crews will participate in the 2016 EART edition. The United States are participating with a team of observer (without assets) in the training. 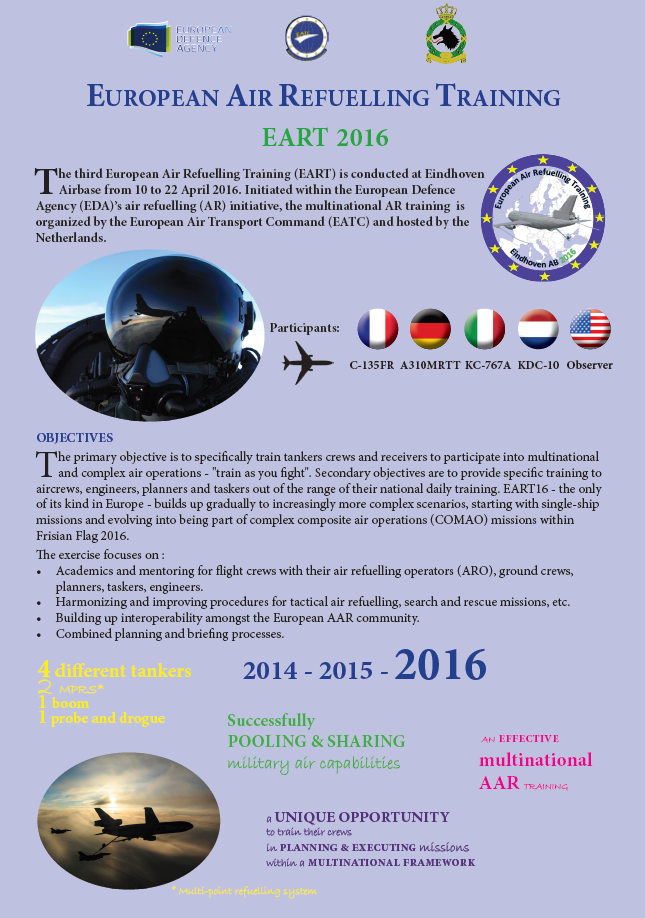 Read more about Air-to-Air Refuelling in our AAR leaflet: 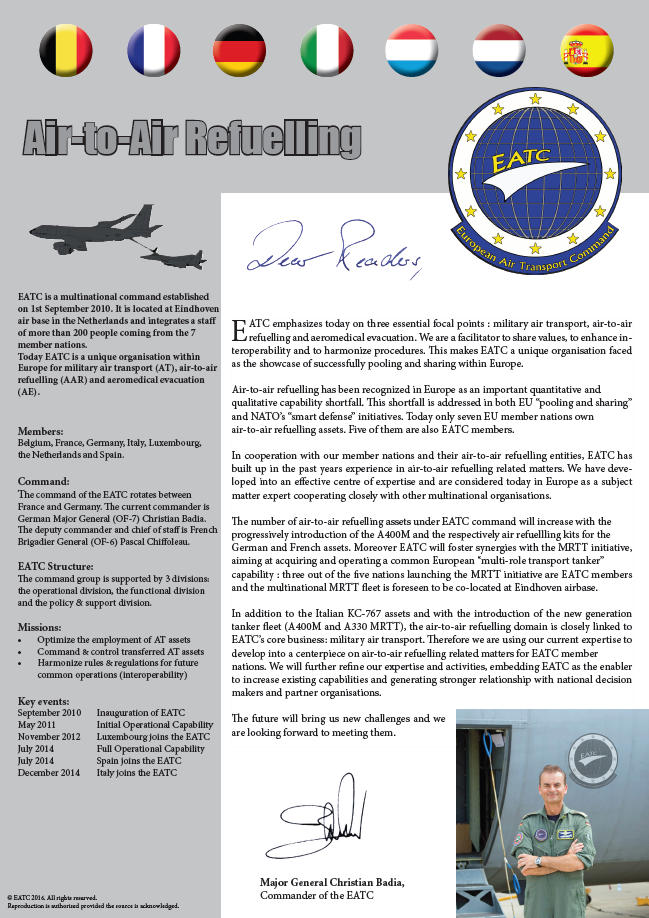 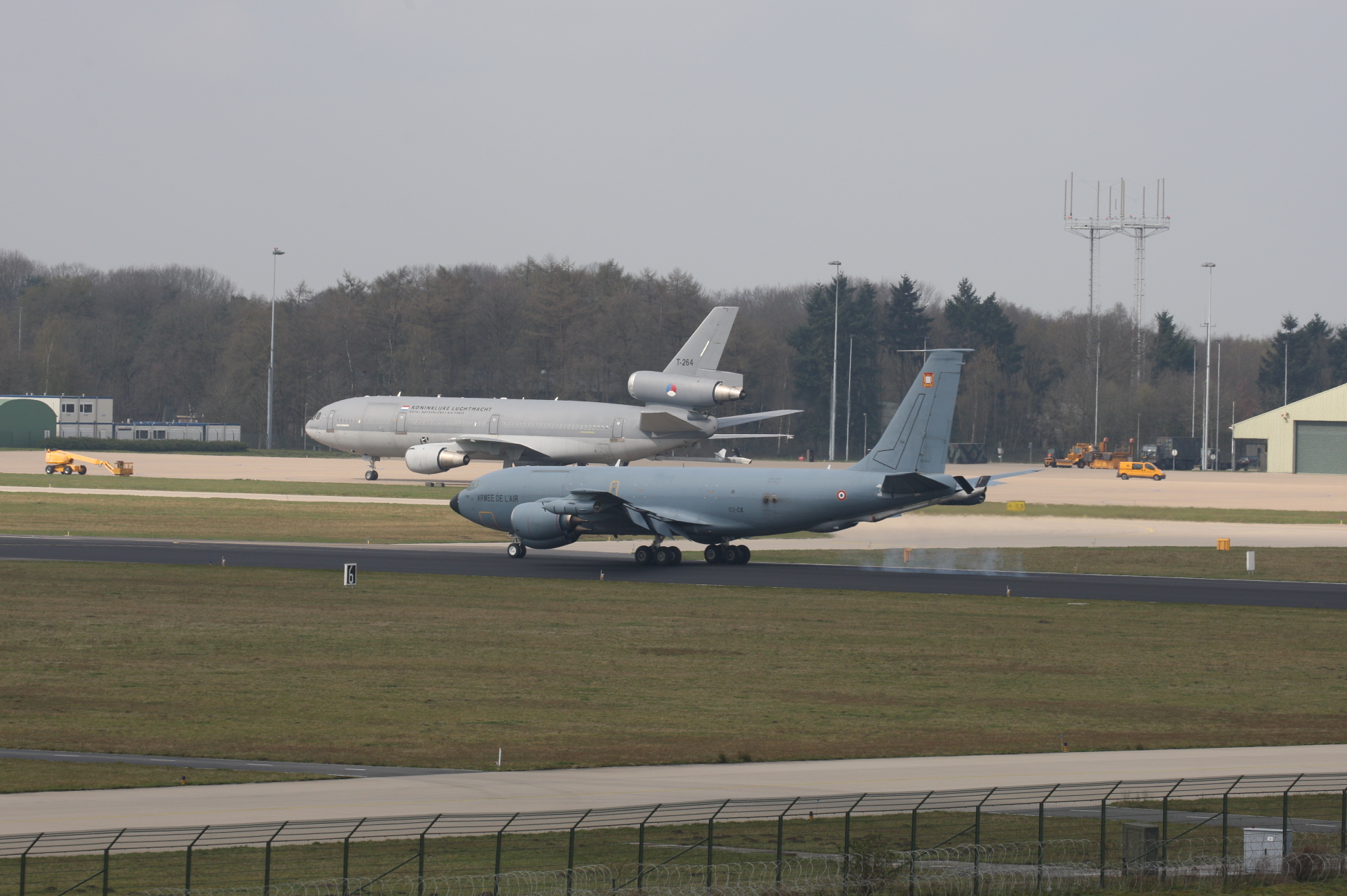 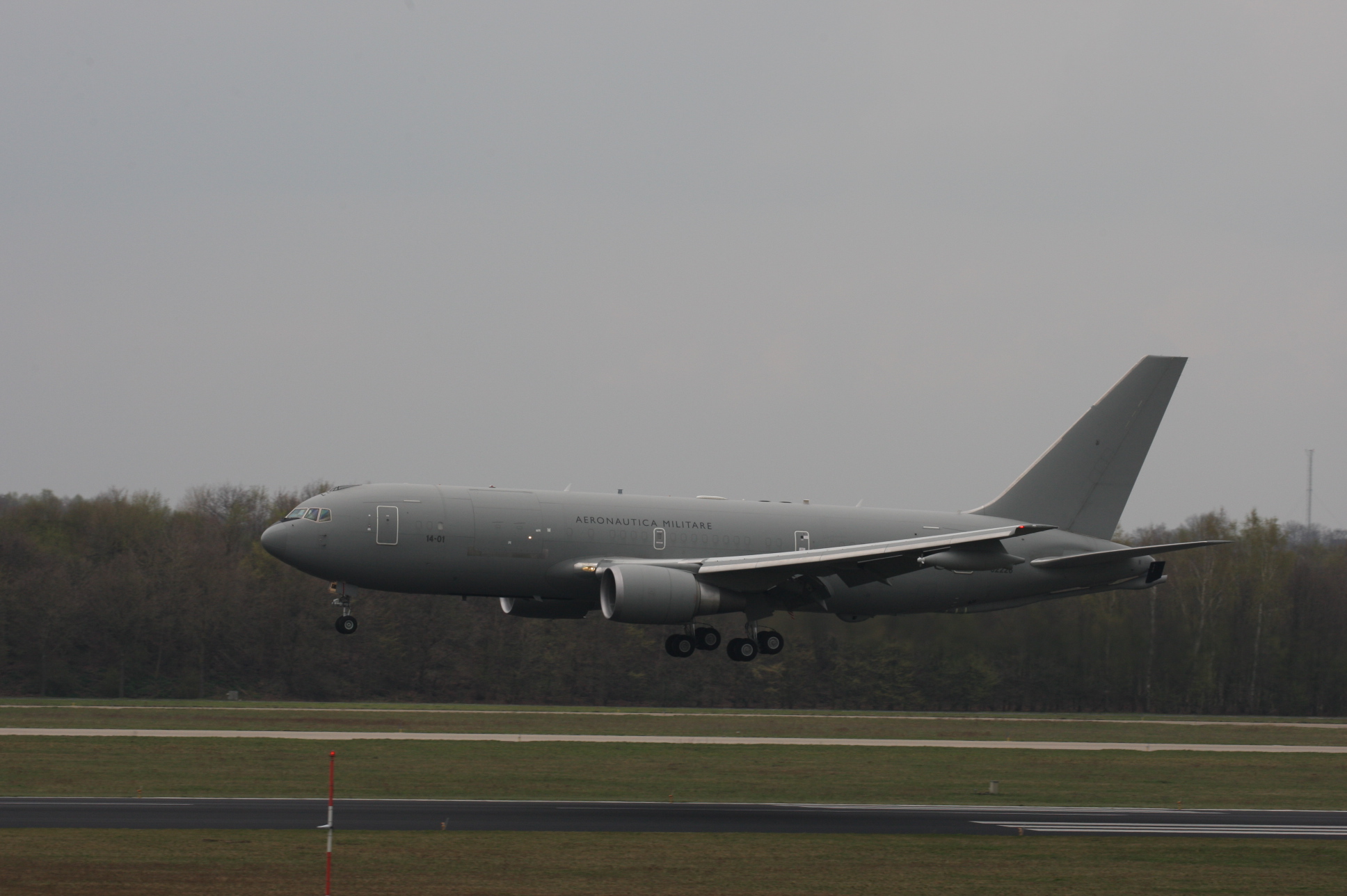