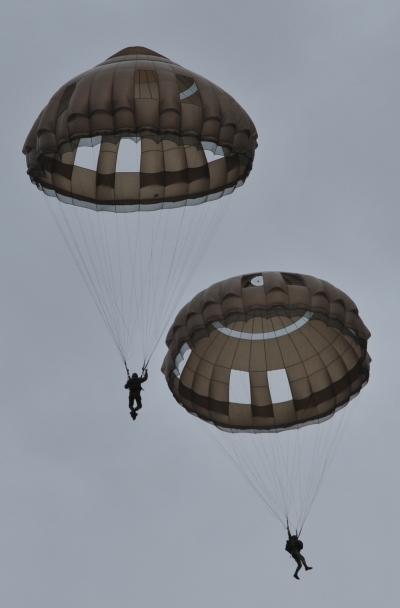 The Aeromedical Evacuation Center (AECC) of the EATC met together with several experts of the Partner Nations on Wednesday the 23rd of January 2013 at the Eindhoven Air Base.

The execution of Very High Altitude (VHA) drops of cargo and personnel is a very specific military domain, where operational aspects and aeromedical considerations go hand in hand. One example: The adequate use of the different types of oxygen sources (on-board oxygen generating systems, liquid oxygen and compressed O2) is only known to few specialists.

And although basic principles can be the same - and are well respected by the nations - there are small but important differences in procedures between the nations. Also because of the high specificity and the small group of people involved in drops at very high altitude, the knowledge and skills are still at risk of being lost: Common procedures would allow for more exchange of training opportunities and expertise.

In view of the increasing cooperation between the EATC nations in the domain of Air Transportation and the future use of a common platform - the A400M -, it became necessary to establish not only an overview of the existing national procedures, but furthermore to aim at a common procedure for this type of missions.

Picture: French parachuters - been dropped out of a German Transall,