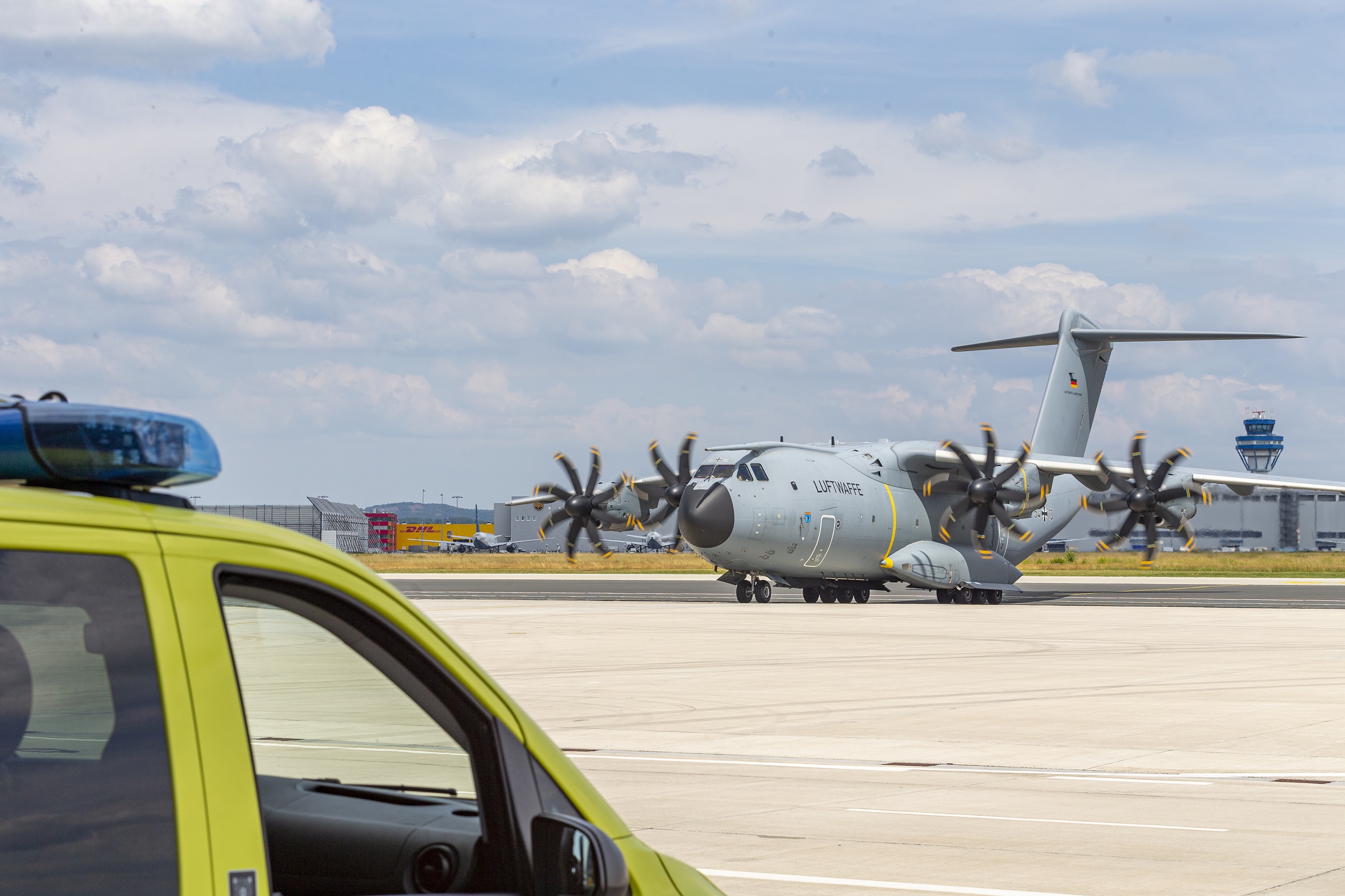 This weekend, EATC planned and executed the medical evacuation of one wounded Belgian and twelve wounded German UN soldiers following last Friday’s suicide attack in Mali. The patients were flown by helicopter to Gao where they were treated at various military medical facilities. Without delay, EATC coordinated with Luftwaffe, Einsatzführungskommando, and the Belgo-German medical authorities to have a German A400M flown overnight to Gao to evacuate seven seriously injured patients to Cologne. A German A310 followed on Saturday morning to Niamey, repatriating the remaining six patients to Stuttgart. Additionally, earlier last week, EATC planned and executed medical evacuation missions of wounded French soldiers following an attack close to Gao. Fast recovery to all wounded soldiers!

At the same time an already planned mission with the A310 for the weekend was taken over on short notice by A400M of the Belgium/Luxembourg unit. As a matter of fact EATC had planned to evacuate 25 Covid-19 infected soldiers from Afghanistan. They were transported with a German A400M out of Afghanistan to Tbilisi (Georgia) where the A310 was scheduled to take them back home. Due to the urgent last-minute Mali mission of the A310, Belgium and Luxembourg stood in without delay and brought back the soldiers with an A400M from Tbilisi to Italy and Germany.

The deployed soldiers of all EATC nations can always rely on our unique capabilities and the multinational mutual support!