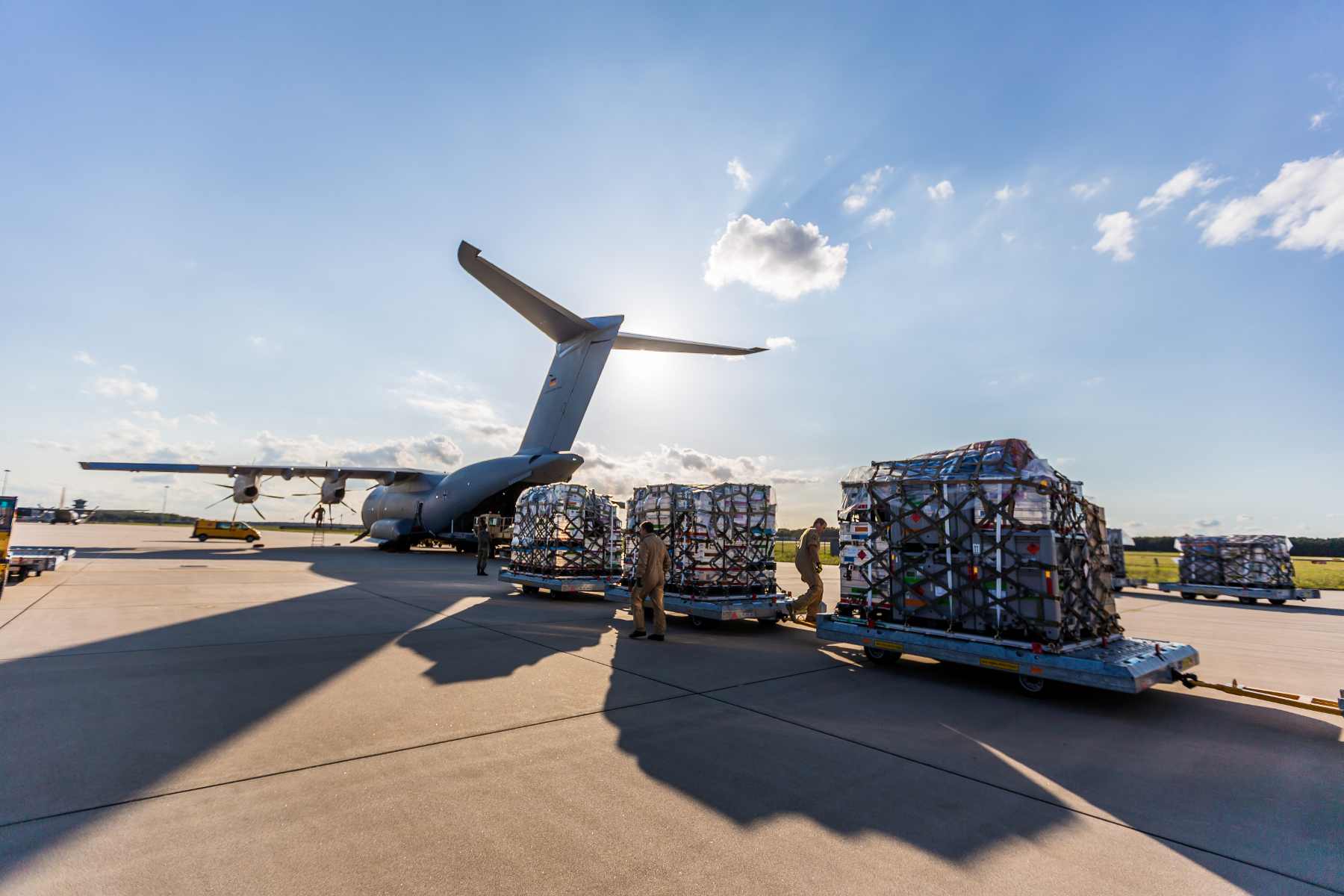 When EATC was created in 2010, we decided to improve the unit load device (ULD) management between the members. And our member nations supported us in this endeavour! Nine years later EATC publishes the final version of this important study. Today, we are very proud to facilitate concrete and fundamental improvements in this difficult domain.
In 2018, EATC member nations started to report on a weekly basis any foreign pallets, nets and containers that are on stock. EATC translates this report into a weekly overview and can organise together with the national ULD management teams to return them back to the rightful owner. The aim is to book the ULDs on a training flight or if space is available on a regular flight. However, sometimes the most economical solution is road transport and not air lift.
That was the case on 09 August 2019, when 17 aircraft pallets and 7 aircraft containers had to be moved from Eindhoven Airbase (the Netherlands) to Köln-Wahn (Germany). The EATC ULD management team setup a communication line between German and Dutch ULD managers. The Dutch Military road transport was requested to bring back the ULD’s and thanks to the excellent cooperation between all actors the undertaking was executed successfully. One great example of flexibility and efficiency!

- Handling is a keystone element in flying a successful mission –

Get here more information on ULDs …
In the civil world, the International Air Transport Association (IATA) launched a ULD safety campaign in 2016. This campaign focusses on industry attention to the one aircraft component that is handled by multiple parties in the industry, including non-regulated companies outside airports. With the catchphrase “ULD, it’s not just a box.” IATA informative posters are intended to encourage all members in the air cargo supply chain to promote awareness on ULD handling. Mismanagement or ill treatment of airfreight containers, pallets and nets is costly and can be a big risk to personal, materials, equipment and the safety of the aircraft.
For more than 40 years, ULD’s have always been an important element in the air cargo industry. They are enablers of enormous changes in the air cargo business model. However, the primary purpose of ULD’s remains, that they are a piece of aircraft equipment and that they comply to aviation requirements. Their purpose is to deliver enough restraint to the cargo during all phases of the flight and – by some – this has become somewhat overlooked along the way. To a large extent, ULD’s are considered being nothing more than material handling equipment facilitating movement of cargo. Investigations by IATA learned that, if the equipment would be handled and managed correctly, 80% of the ULD repair or misplacement costs are avoidable. The study also showed that careless handling of these materials, puts the safety of passengers, crew and aircraft at risk. For those reasons, actions have to be taken to improve the situation and to limit this risk. By its initiatives and results, EATC is fully involved in this process!!!

The pictures have been kindly provided by the EATC nations.