Since February 2013, two transport aircraft C-160 ESS Transall of the German Air Force are in mission in and around Mali. A third machine is stationed at its hub in Dakar/Senegal as a technical reserve. The German soldiers support the mission MINUSMA (former AFISMA) to stabilize Mali. Find the link to the official German Air Force website and watch how one Transall brings African troops and supplies from Benin to Mali. Video is in German language.

Find more about the Engagement of German Transalls for MINUSMA here. 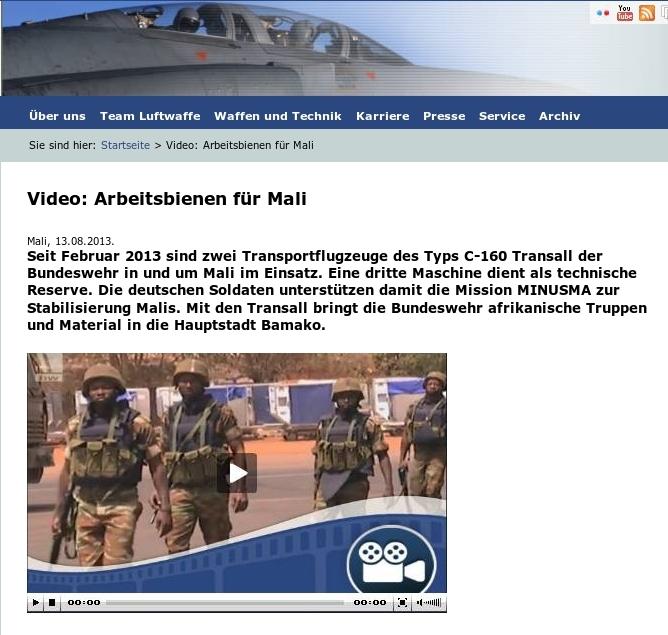