The European Air Transport Command is involved in several international training and exercises within 2014, enabling the Participating Nations Air Force’s to keep their crews trained on a high level of professionalism. Find an overview in which scenarios EATC takes over responsibility, contributes with either parts of its assigned air transport fleet or simply adjusts running exercises with mentors, knowledge and/or cooperation effort.

A Dutch KDC-10 tanker aircraft as well as several German C-160 D and ESS Transall, last equipped to assist Special Operations (SpecOps), are part of this exercise from 10 to 21 March in Norway. The named air transport and air-to-air refuelling assets are embedded in the bigger Cold Response, a serial name given to joint exercises with invited Partnership for Peace (PfP) countries held nearly annually in northern Norway.
Within the given scenarios Aircrews and SpecOps train on expected harsh weather conditions due to the extreme climate conditions.

Volfa is a serial of exercises executed annually by the French Air Force. This first serial of Volfa takes place mainly in and around the area of Orleans during the last week of March 2014. EATC will also take part with personell, but in major by preparing and conducting assets to assist Volfa.
Confirmed is a German C-160 Transall as well as a Belgian C-130 Hercules. A participation of eight air transport aircraft in total is foreseen. Some mentors from upcoming EAATTC multiple-ship course (see EAATTC below) will join as well. Additional cycles of Volfa will run end of June and end of October. 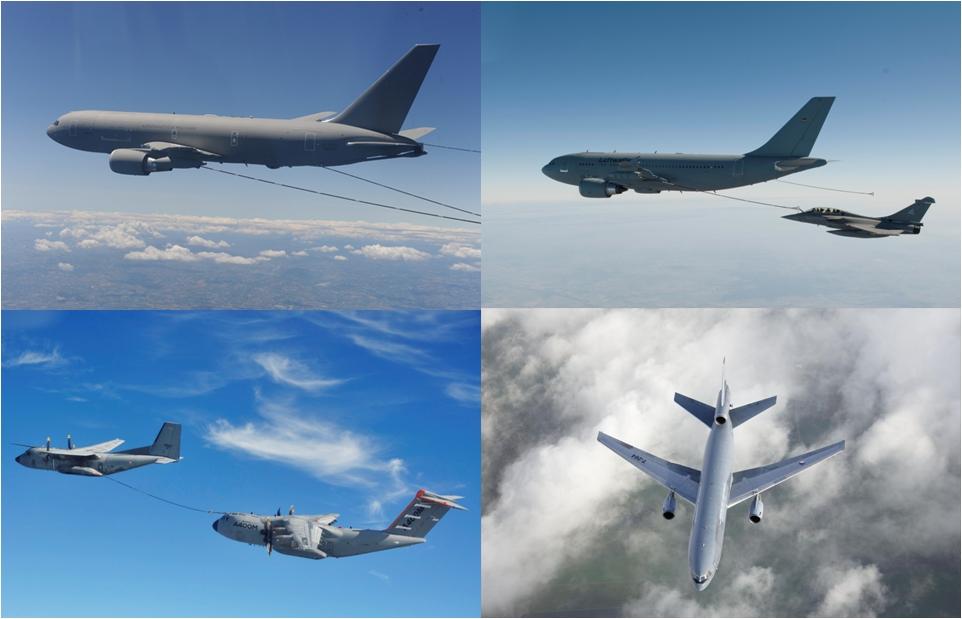 On an EDA (European Defence Agency) initiative, EATC organizes an AAR-dedicated training environment, using opportunities in support of the Frisian Flag exercise 2014. EART will possibly be the first solely AAR (air-to-air refuelling)- training on European soil ever – and EATC encourages air forces to join with their tanker capabilities in order to participate in this training event, as it will be an excellent opportunity within Europe to operate with dedicated AAR scenarios embedded in a highly recognized fighter exercise. The Netherlands (KDC-10), Germany A310 MRTT and Italy (KC-767) already agreed on sending their tankers to participate, further nations have declared their interest to join - in part or as observer.
Eindhoven Air Base will be used as Tanker Forward Operating Base (FOB) during the exercise period, 28 March - 11 April 2014.

The German Air Base “Jever” is the location to gather specialists of different air forces for this multinational recovery training from 11 to 16 May 2014.
A multinational training for the handling of a possible worst case scenario is a consequent step to take. This will also be a good opportunity for all participants - as well as for EATC’s Functional Division also involved - to share, expand and gain experience in praxis.
All EATC Participating Nations take part except for the Netherlands. Further specialists are expected from Spain and the United Kingdom, observers coming also from Luxembourg. 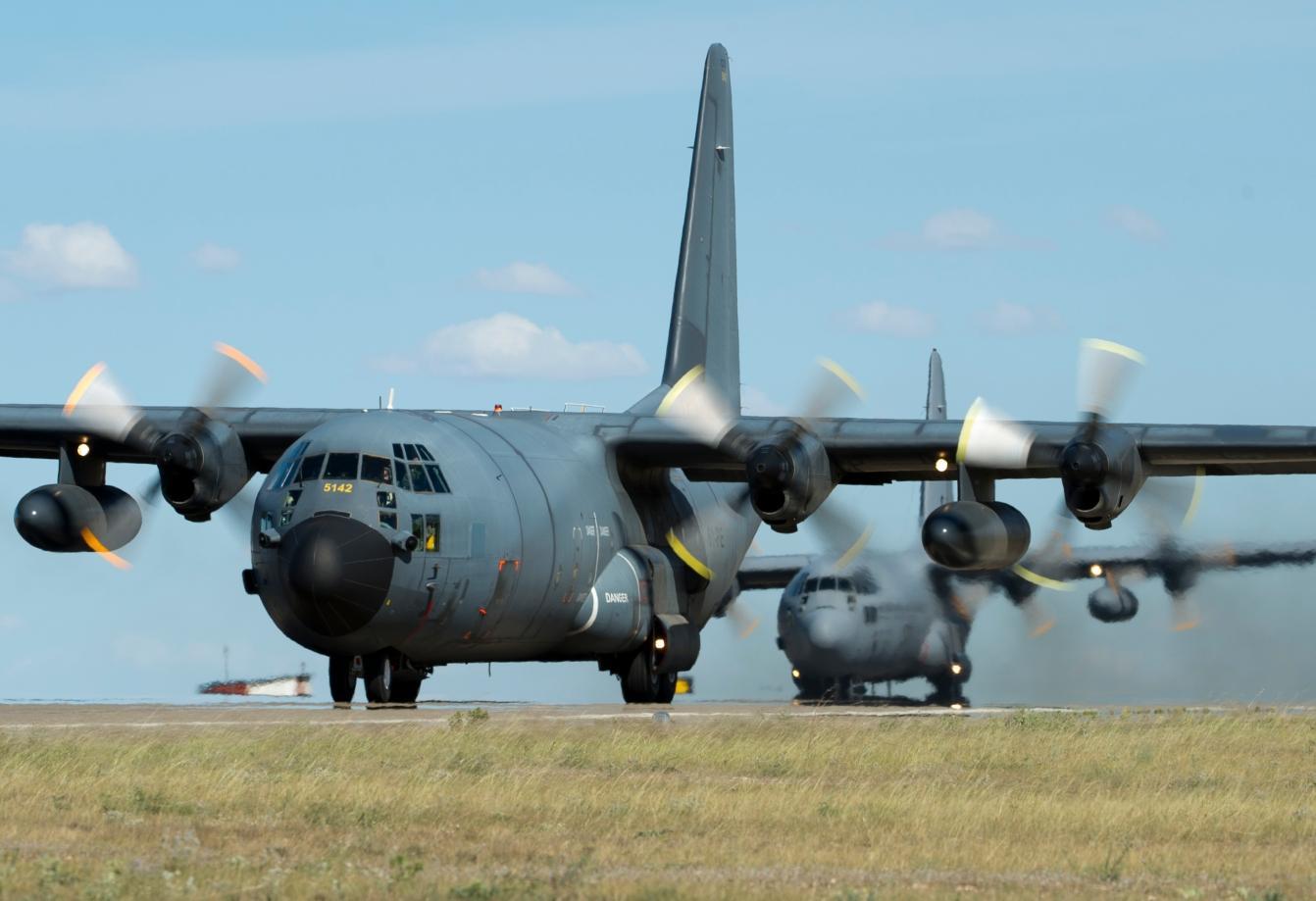 European Air Transport Training 2014 (EATT 14) is an air transport dedicated multinational training initiated by EDA. Aiming at enhancing interoperability between tactical airlift users in the area of operations and training by starting to work out standardised procedures, this third issue of EATT is scheduled on Plovdiv Airbase, Bulgaria, from Sunday the 15th to Friday the 27th of June 2014.
Ten nations will participate in EATT 14 with a total of 10 aircraft and at least 20 aircrews. At least five nations intend to send observers. The tactical used aircraft range from the older C-160 Transall and C-130 Hercules to the newer CASA C-295 and the Alenia C-27 Spartan.
To enable a wide variety of training scenarios, also paratroopers, AWACS- as well as interceptors will become part of the training. The 2014 serial version of the annual Colibri-exercise runs from 22 August to 04 September.
The goal of Colibri, 1962 first introduced by France - and since then alternating between German and French locations -, is to achieve the best possible interoperability among parachutists of different nations in peacekeeping-, respectively evacuation missions.
EATC TREX- (Training and Exercises) is responsible not to plan the exercise but to provide either different aircraft to act within the scenarios as well as to connect in-between different Participating Nations with regard to the training objectives.
The cross-national parachuting itself is part of the EATCs employment branch: Harmonizing and Standardization becomes necessary, because the different nations train with different equipment - and different aircraft with different mission approaches. 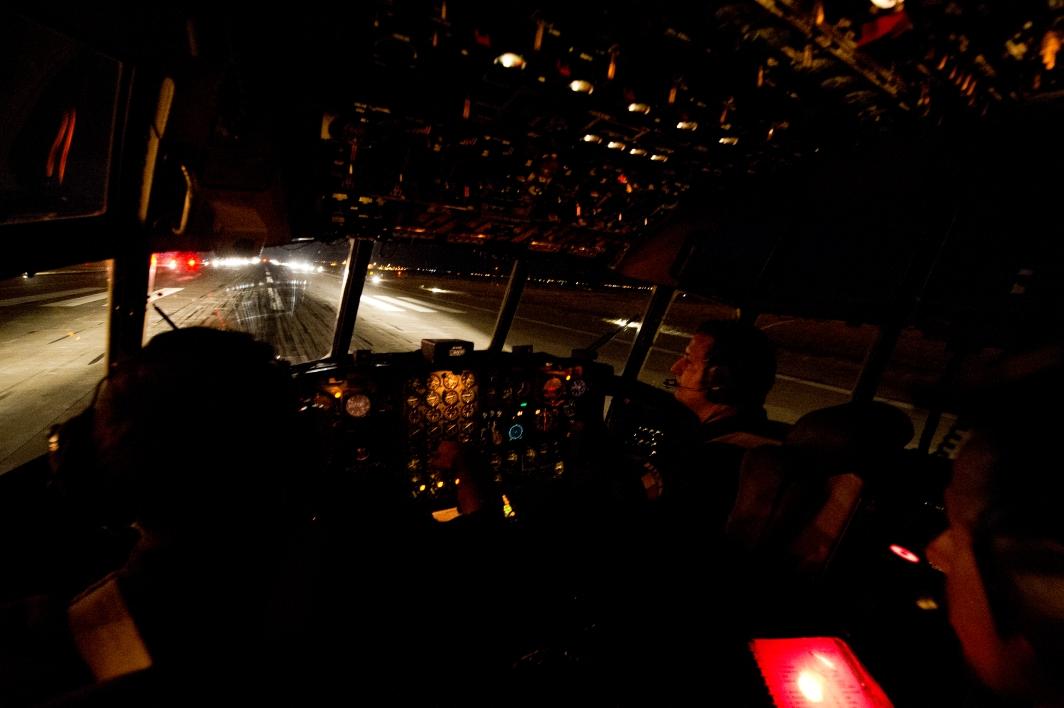 This new course, initiated by EDA and designed by EATC, shall provide a higher level of interoperability, increases harmonization and knowledge of tactical training in AT.
The first EAATTC shall take place at Zaragoza Air Base/Spain from 22 September to 07 October 2014.
Similar to the AATTC (Advanced Air Transport Training Course) in the United States - the European EAATTC will be dedicated  for transport aircrews though offering three different types of courses within the new concept created by EATC. All EAATTC courses will be executed with a dedicated syllabus. The syllabus will not differ from event to event, but subject to regular revisions and updates based on aircraft capabilities, operational reality and crew training concepts.
The European course will have to address at least following training objectives:
•    cargo and personnel airdrop;
•    tactical low level navigation including threat reactions;
•    tactical air-land operations including tactical recoveries, substandard airfield operations, engine running on- and offloads as well as combat offloads;
•    tactical formation flying; (for Formation Flight courses only)
•    night operations; (for Night courses only)
•    fighter awareness programme;
•    intelligence integration;
•    advanced mission planning; (for Formation Flight courses only)
•    basic COMAO; (for Formation Flight courses only)
•    a small academic part to teach basic tactical knowledge.
This first ever EAATTC will be joined by the EATC Participating Nations but also (planning status as of beginning February) by Italy, Spain (who joints EATC this summer), Czechoslowakia and Norway. 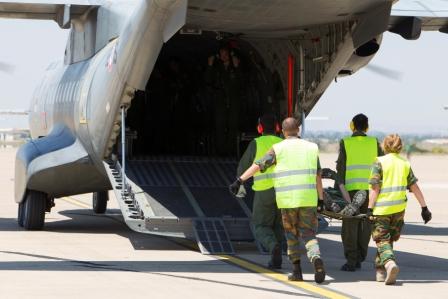 From 4 October until 17 October 2014 the exercise as of Volcanex will take place near the British Air Base (RAF) Leeming in North Yorckshire.
Volcanex is a European Air Group exercise (EAG) focusing on tactical interoperability. It is designed to test, validate and refine EAG products.
In order to reach this goal, EATC prepared specific types of aircraft to come into effect on EATC-coordination work. Several aircraft of the EATC assigned wings are also involved in different tactical scenarios.
Another aim of the exercise is to succeed in several missions, where military deployments rescue and/or evacuate people in a multinational approach. The chain of survival always in focus, participants are prepared for the worst: In various settings and locations it is necessary to make intensive medical treatments to serious injured as well as to evacuate and airlift people out of the endangered areas. In order to accomplish specific standards in cross-national Aeromedical Evacuation (AE), it is the EATC’s Aeromedical Evacuation Control Center (AECC) to take over a decisive role within this area of responsibility.

Some tactical AT-aircraft (A400M, C-160 NG Transall, CASA CN-235 as well as one MRTT (Multirole Tanker Transport) are part of this training complex from 14 - to 29 October 2014.
Noble Arrow will take place in French skies and enables multiple preparations to ensure a successful French lead NRF 2015 period (NATO Response Force). The exercise is embedded in the serial 14-3 of the recurring VOLFA exercise, executed by the French Air Force - and enabling hereby real training scenarios and synergetics on a wide performance scale.