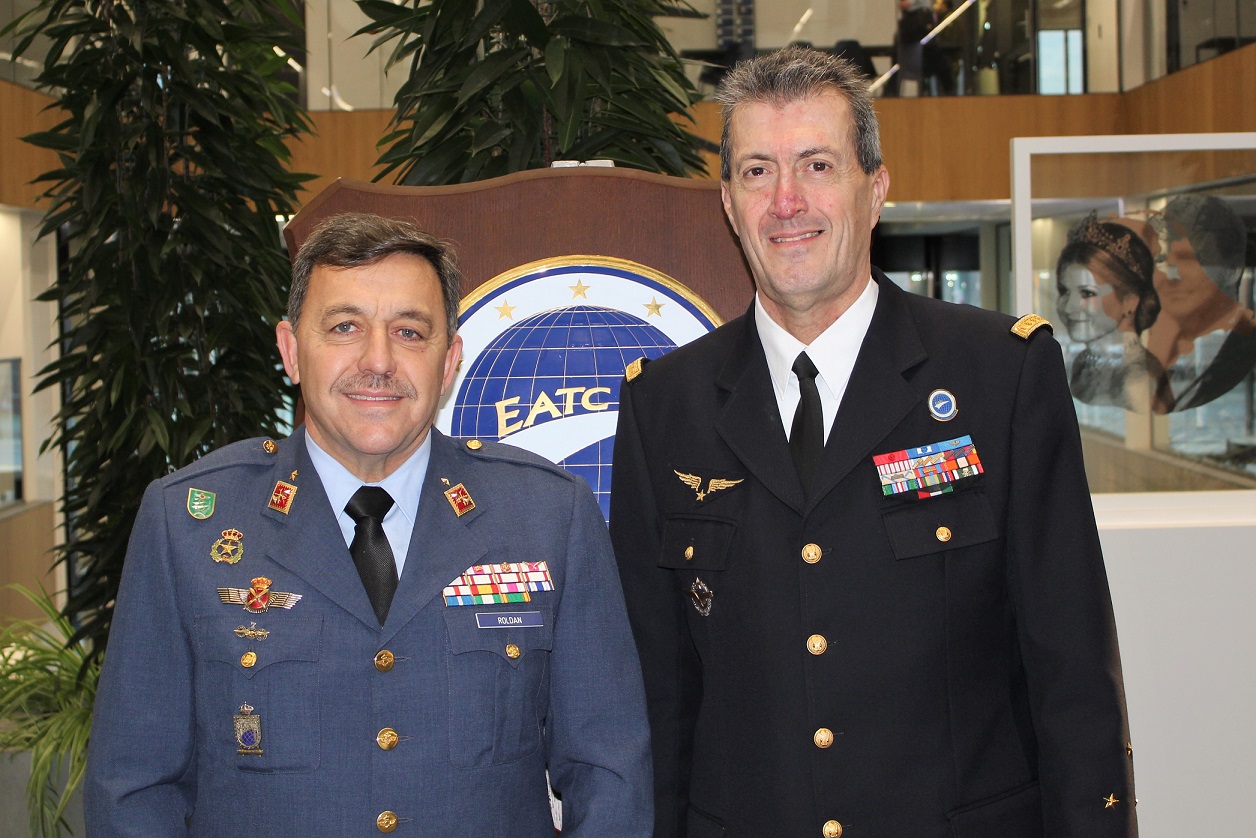 The Spanish Chief of the NMTCC visits EATC

The visit included a discussion on EATC’s business model as a potential blueprint for European cooperation, its achievements and on the visionary outlook into the future. The generals also visited EATC’s ´´mission control´´ centre, where the worldwide flight activities are monitored on a 24/7 basis.  Major General Roldán Martínez and Brigadier General Juanas García also met with the Spanish delegation at EATC.