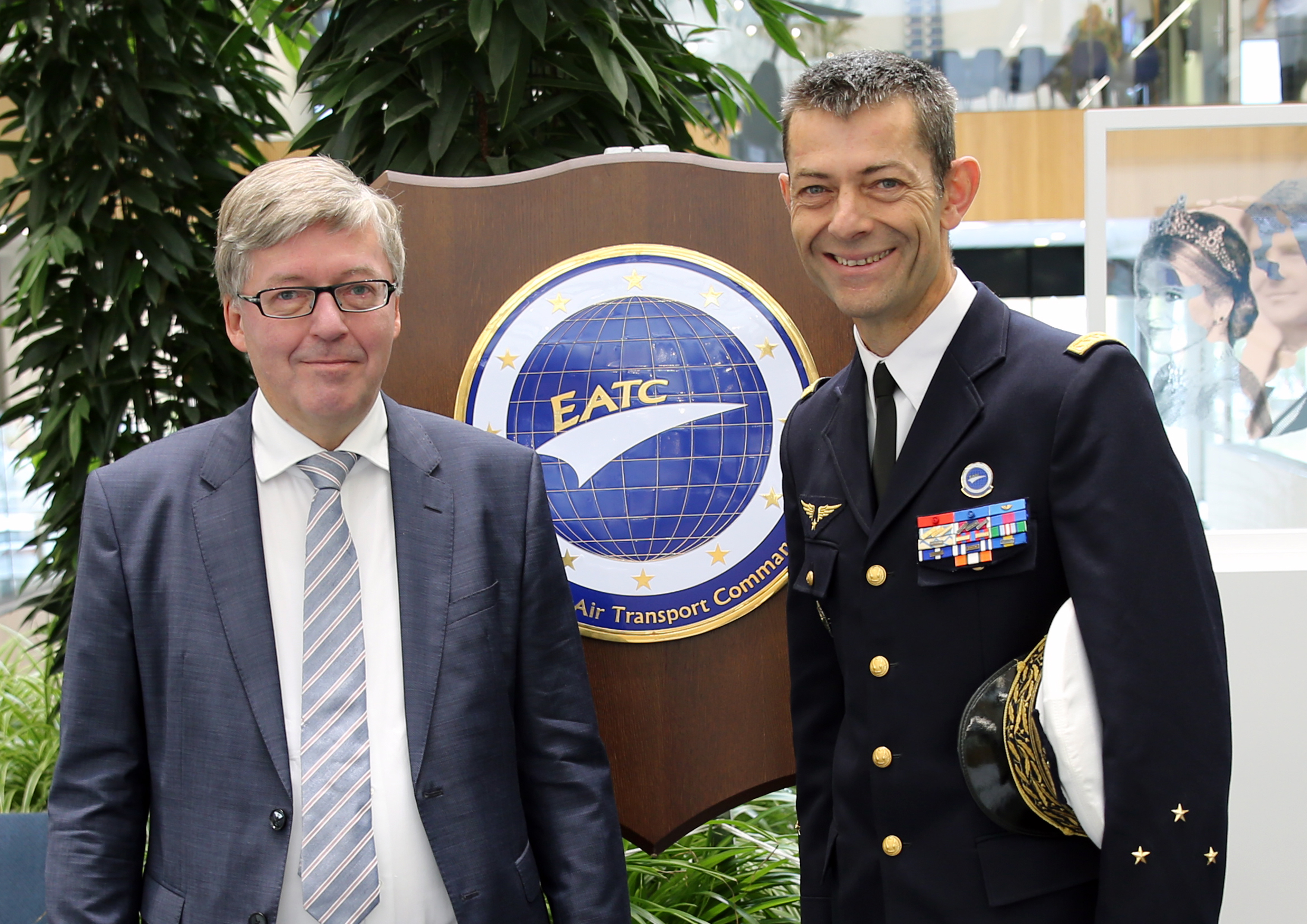 On Tuesday 23 October 2018, Dr Hans-Peter Bartels, the Parliamentary Commissioner for the Armed Forces of the German Bundestag visited EATC and the German contingent working at EATC. He was in particular interested in EATC’s key role as a true enabler in Europe and the integration of the German personnel into EATC’s multinational command.

Dr Bartels was warmly welcomed by Major General Laurent Marboeuf, Commander of EATC. General Marboeuf expressed his perfect satisfaction with the high professionalism of the German military in EATC.

Dr Bartels also met with representatives of the German contingent at EATC and had the opportunity  to discuss living and working conditions and everyday needs. This is of utmost importance to Dr Bartels as he acts as an advocate for service personnel and reports to Parliament on conditions within the Bundeswehr, including German personnel within multinational organisations such as  the EATC.