This special designed C-160 Transall with the registration “50+95” is donated for static display by Germany to the Netherlands. The aircraft will find its “last resting-place” on the Eindhoven airbase and will soon be displayed in front of the newly built EATC building.

This place is well chosen. The C-160 Transall was for many decades the workhorse of the military tactical air transport of France and Germany. Eindhoven airbase is the natural choice for retiring this venerable aircraft as it is the centre for international cooperation in air transport in Europe, with EATC, MCCE* and RSFCC** located on its premises. As the “guardian” of the EATC building, the C-160 will pay tribute to EATC as a unique organisation within Europe in military air transport.

The donation from the German Air Force to the Netherlands honours the excellent German-Dutch friendship. The donated Transall is a special edition created for the 2016 celebration of the 55th anniversary of Air Transport Wing 63, the aircraft’s home unit, and the 60th anniversary of the German Air Force. It presents the blue-white-red colours of the Schleswig Holstein, the province where the Air Transport Wing 63 is located. The design is based on landmarks and cities of Schleswig-Holstein, pictured as a continuous skyline. Four coat of arms of the surrounding cities stand for the solidarity with the region. Moreover the aircraft shows the history of the Air Transport Wing 63 from the beginning until its 55th anniversary.

The C-160 “Transall” was born out of a joint French-German consortium called  “Transporter Allianz”, one of the rare successes of joint European cooperation offering the faithful service of a versatile aircraft for more than 50 years. EATC is a success story in itself as it has developed over its 6th year of existence into a recognized centre of expertise for air transport, air to air refuelling and aeromedical evacuations through competence and commitment.

Today Germany still operates nearly 40 C-160 Transall aircraft. They will be decommissioned in the years to come and replaced by the new backbone of  the future German air transport fleet, the A400M.

For more information on the C-160 Transall: 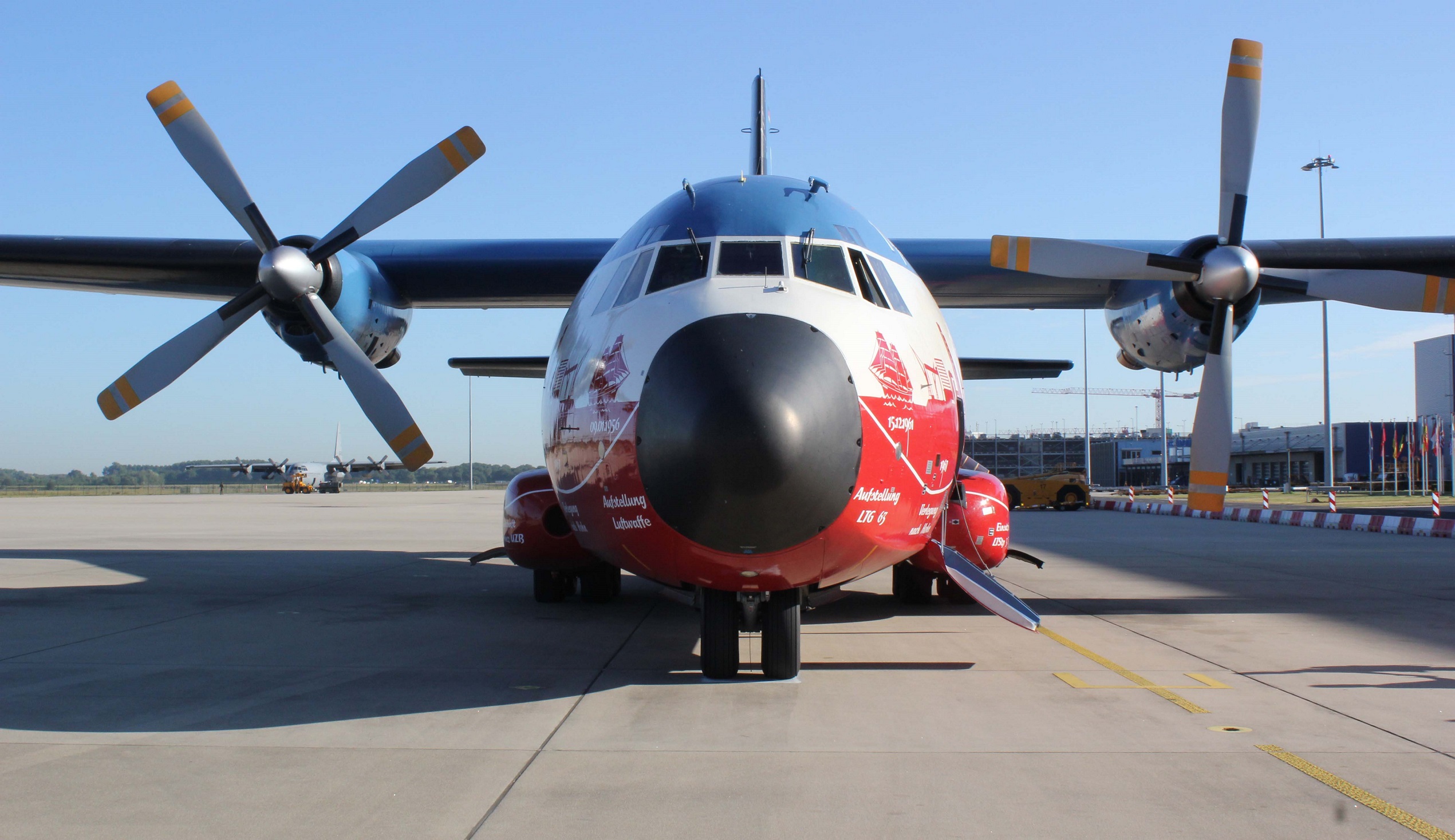 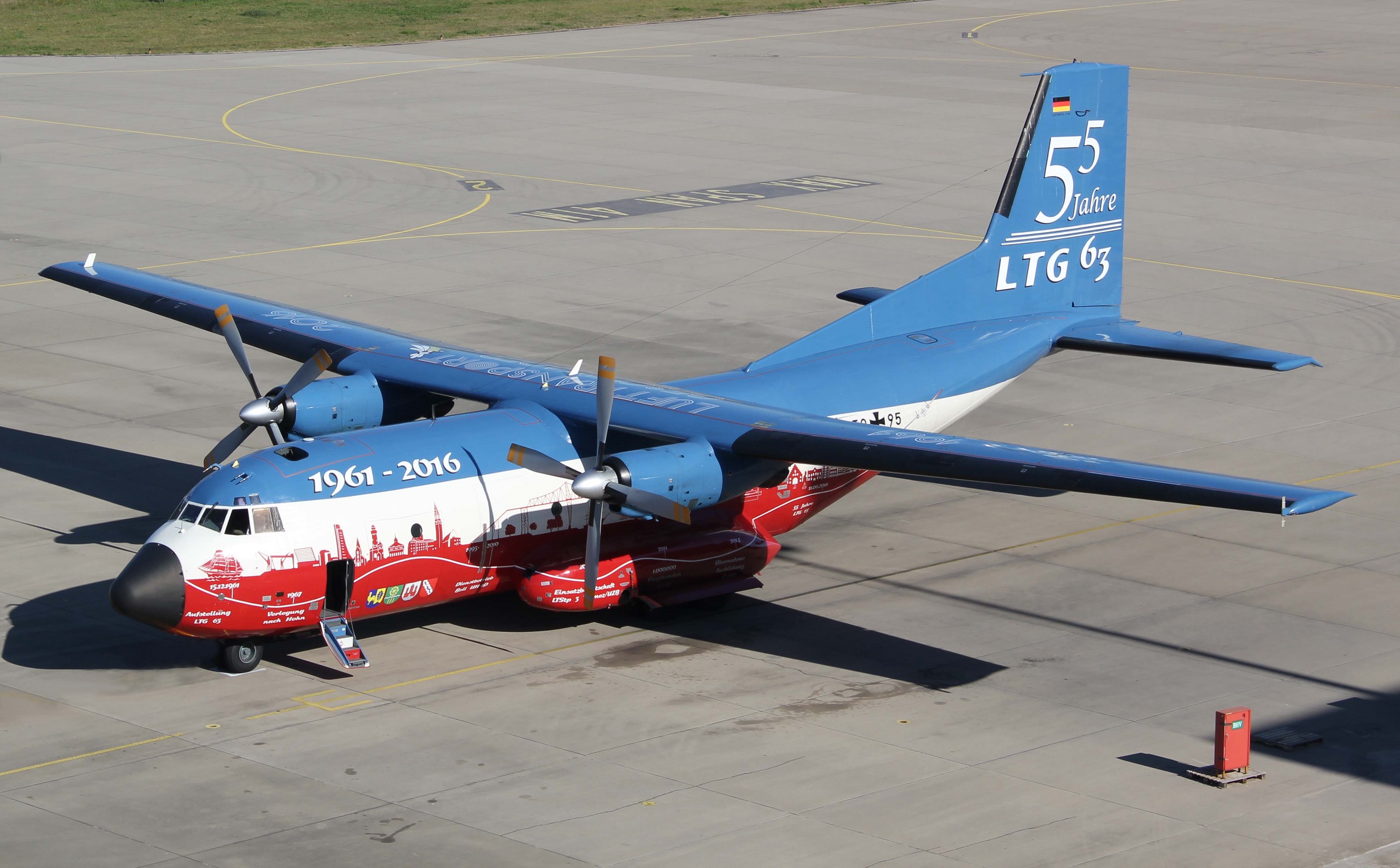 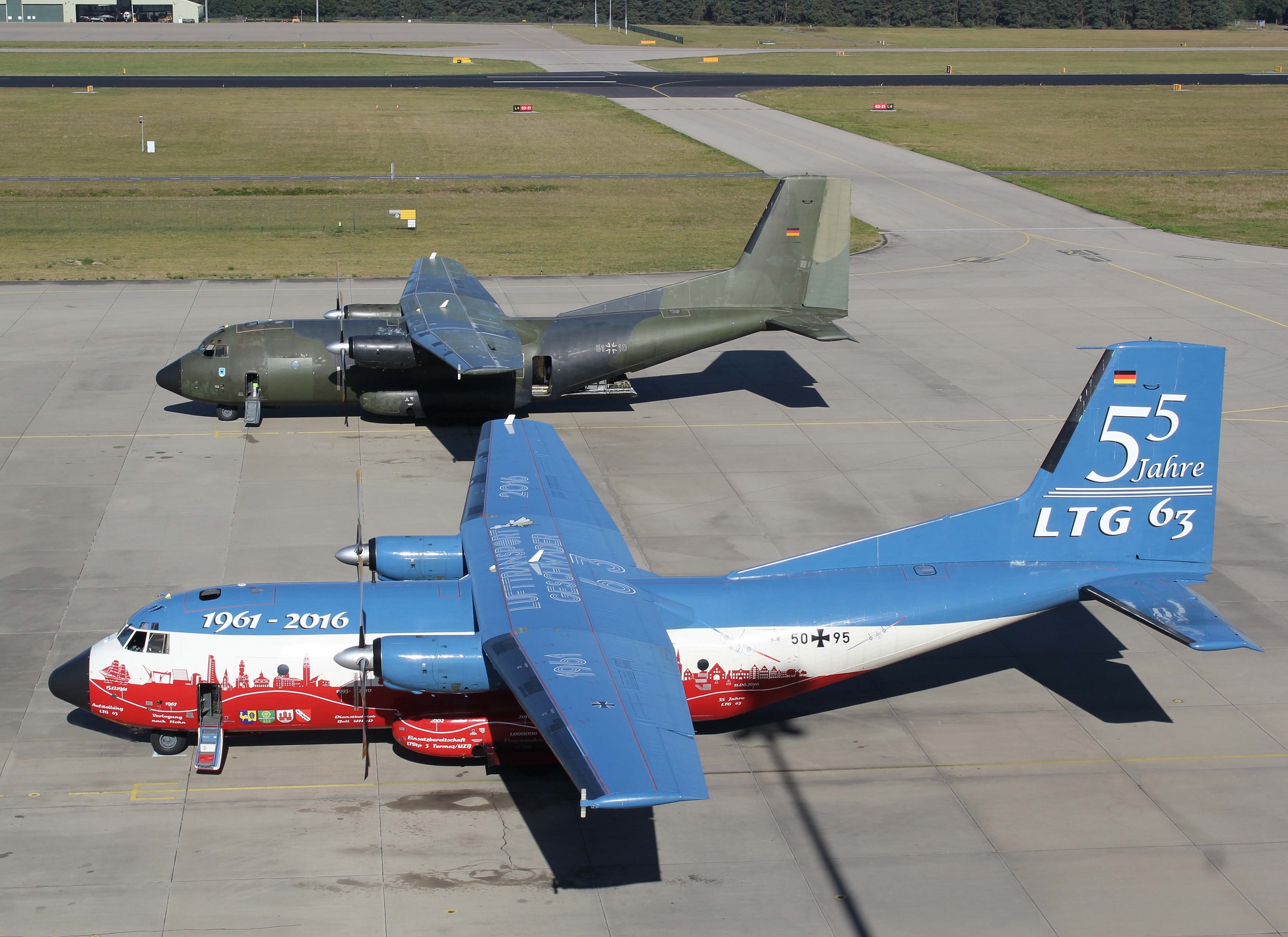