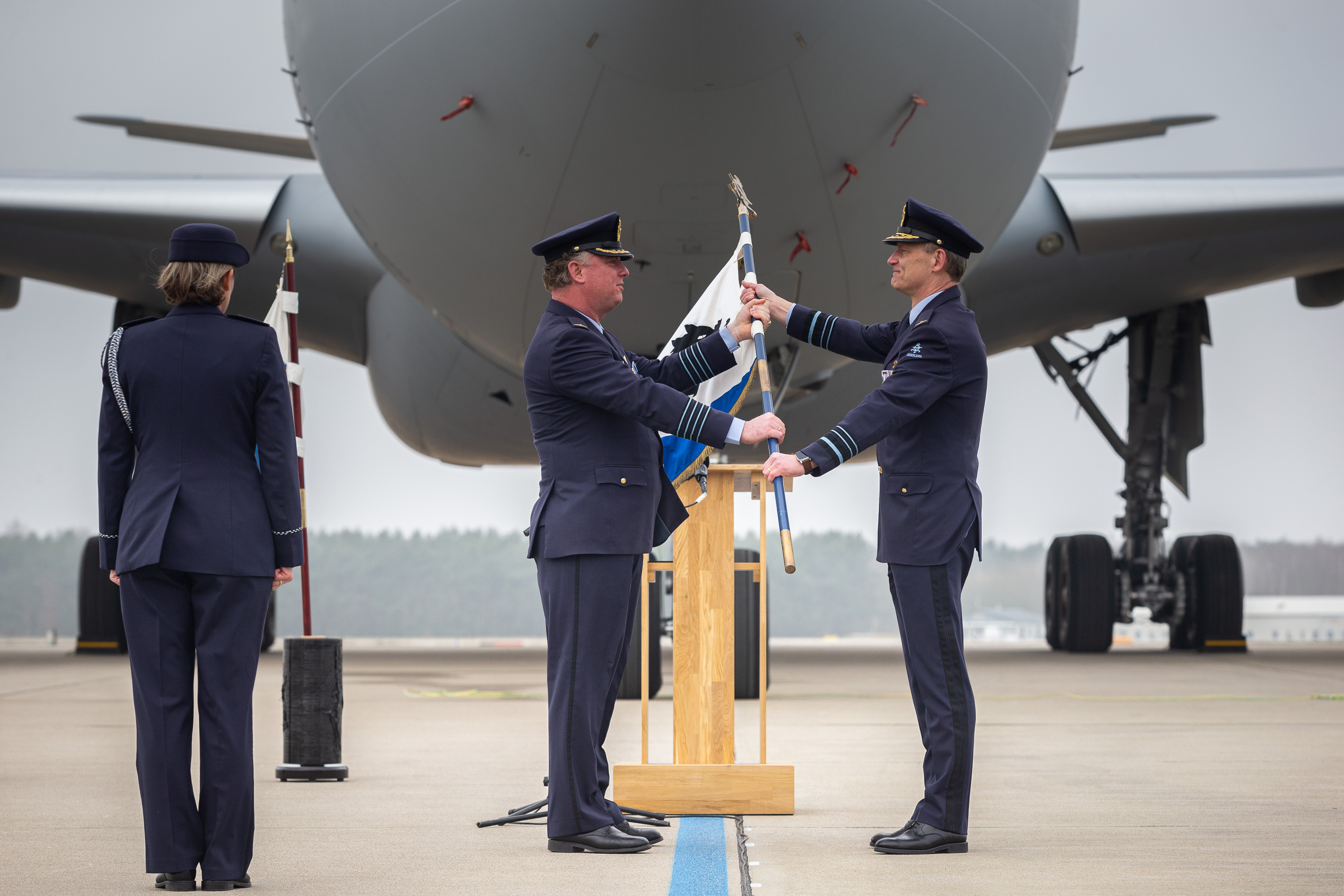 This newly created command is the hub for military air transport and EATC commands and controls all the Dutch transportation assets that are stationed with the AMC. The AMC also hosts EATC’s headquarters on its premises, as well as the Movement Coordination Centre Europe (MCCE) and the Multinational MRTT Unit.

The AMC was already operational before the official opening: during the last week of February, it controlled the on-base logistics of a multinational shuttle to Africa, initiated by the MCCE. Much alike EATC is currently developing corresponding shuttle systems to Africa and the Middle East.

During his speech, the Commander of the AMC, Colonel Jorrit de Gruijter, addressed the EATC commander and Director MCCE with the following words:

“As commander of the Air Mobility Command it is my profound wish to deepen our cooperation, to improve the command and control and to work together in creating a Centre of Excellence regarding Air Mobility.”

EATC is looking forward to this great cooperation with the AMC!


Get more information on the Dutch transformation into a fifth Generation Air Force!

The AMC in Eindhoven is one of four commands that form the foundation of the transformation into a fifth Generation Air Force. During the ceremony, the Commander Air Force, Lieutenant General Dennis Luyt, stated that "AMC is starting today in the transition that will take place throughout the Air Force in the coming years ".

The main drivers of the fifth Generation Air Force are information domination, agility and strengthening the operational level. The other commands are the Defense Helicopter Command (DHC) and next to establish Air Combat Command (ACC) and Air Support Command (ASC). The Air Force staff will transform to a more strategic level.