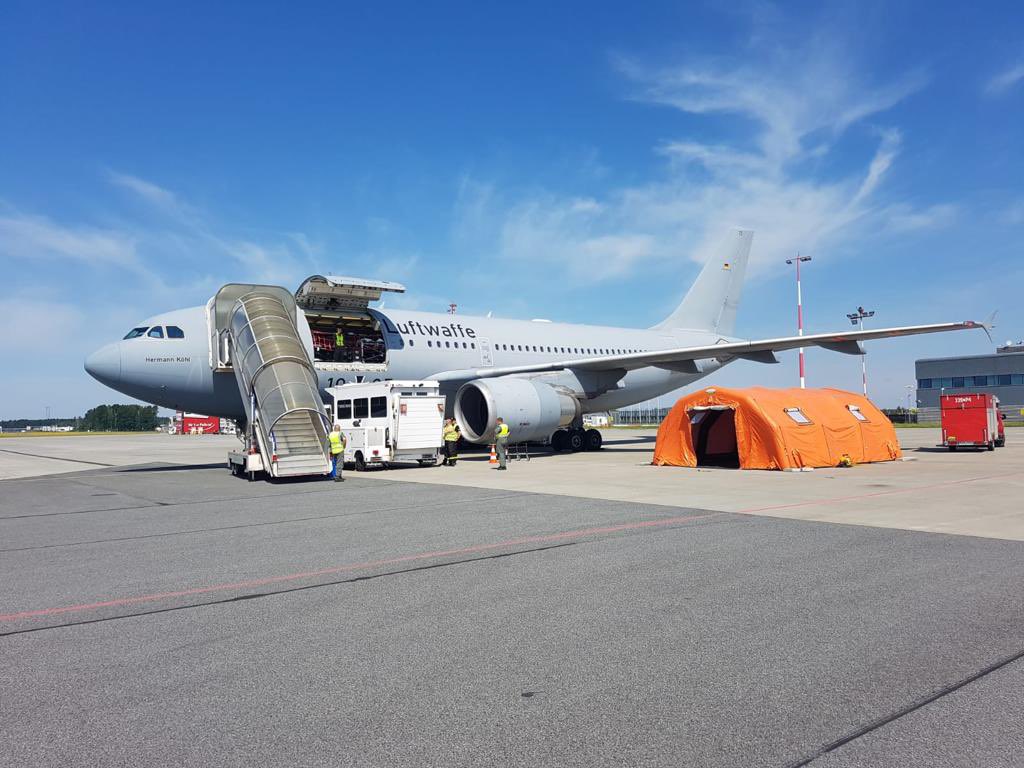 The last German A310 mission

On Monday, 13 June 2022, the German A310 flew its last mission under EATC’s operational authority, before being decommissioned in the next days. It was once again a highly visible and essential aeromedical evacuation mission, relocating Ukrainian wounded patients from Poland to Germany.

Captain Julian, A310 pilot and staff officer at EATC’s Mission Control Center, took part in the flight. “It was an honour to fly the last operational mission on this great aircraft. The German A310 has been of crucial value to EATC from the very beginning onwards and was part of the portfolio since the establishment in 2010. I flew more than 800 hours on the A310 including many aeromedical evacuation missions during the COVID-19 pandemic and now during the war in Ukraine.”

Since the start of the war in Ukraine in February 2022, the German Air Force carried out a total of ten A310 aeromedical evacuation flights, transporting more than 300 Ukrainian patients from Poland to specialised German hospitals for further treatment and rehabilitation. Many patients suffered from severe injuries and had undergone repeated surgeries in Ukraine before they could be brought to Poland, and then Germany.

As the A310 is going to be decommissioned, the German aeromedical evacuation missions under EATC’s operational authority are being taken over by the A330 MRTT. Awaiting the A330 MRTT certification for the aeromedical evacuation role from the Dutch authorities, the German A400Ms stationed in Wunstorf airbase will assume the responsibility, with two aircraft respectively in a 12 and 24 hour Notice-to-Move readiness.