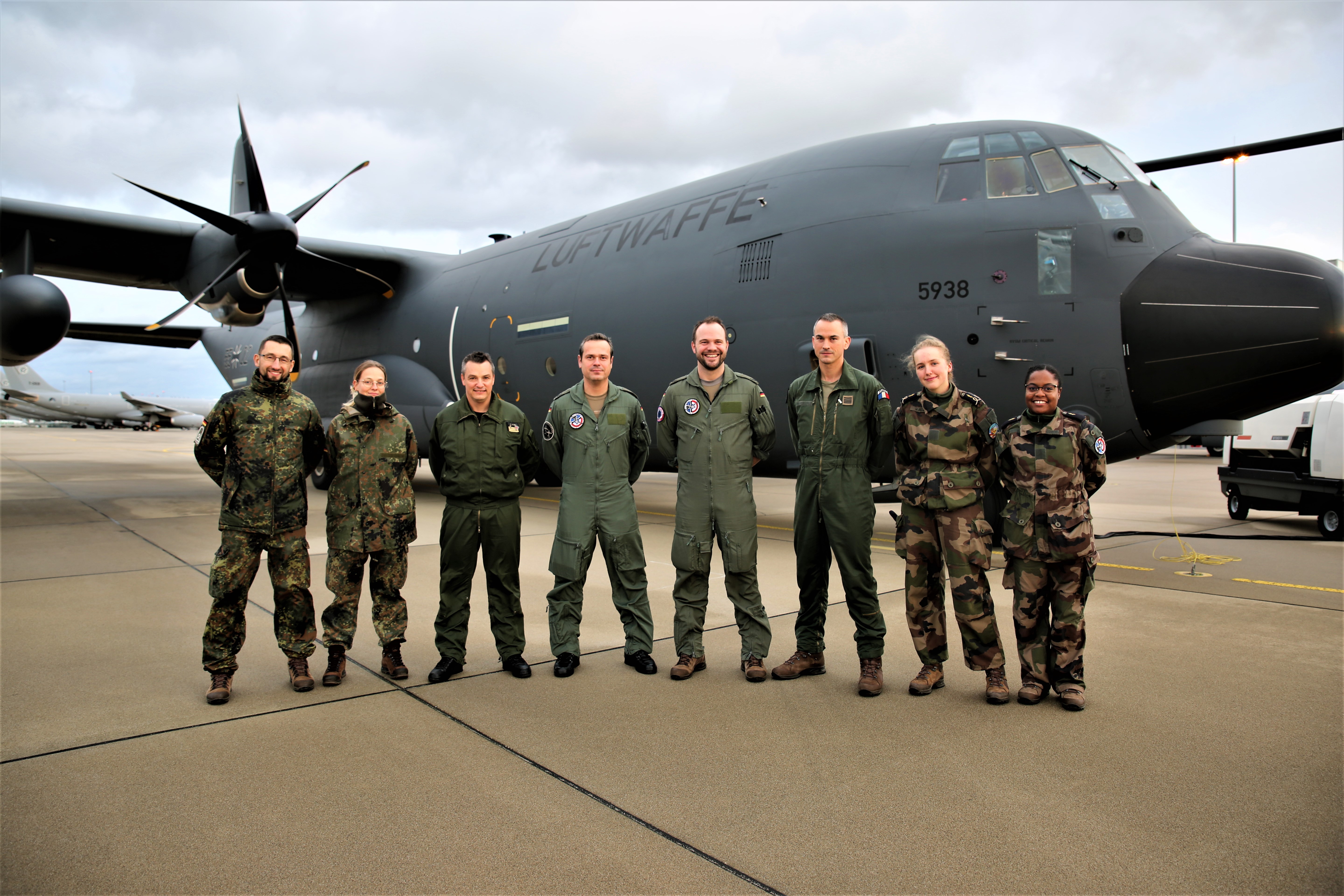 Yesterday, 17 November 2022, the German C130J landed for the first time at the Eindhoven Military Airbase. Brigadier General Stéphane Gourg, Chief of Staff EATC profited from the occasion to visit the aircraft under the professional guidance of the mixed crew.

The crew of the C130J also took part in EATC’s "Training & Exercise" planning conference. The German C130Js are stationed at the French-German Binational Air Transport C130J Squadron (BATS) in Evreux, France. The first German asset was delivered only recently and had its first operational flight in June 2022. You can find more information about BATS clicking here.