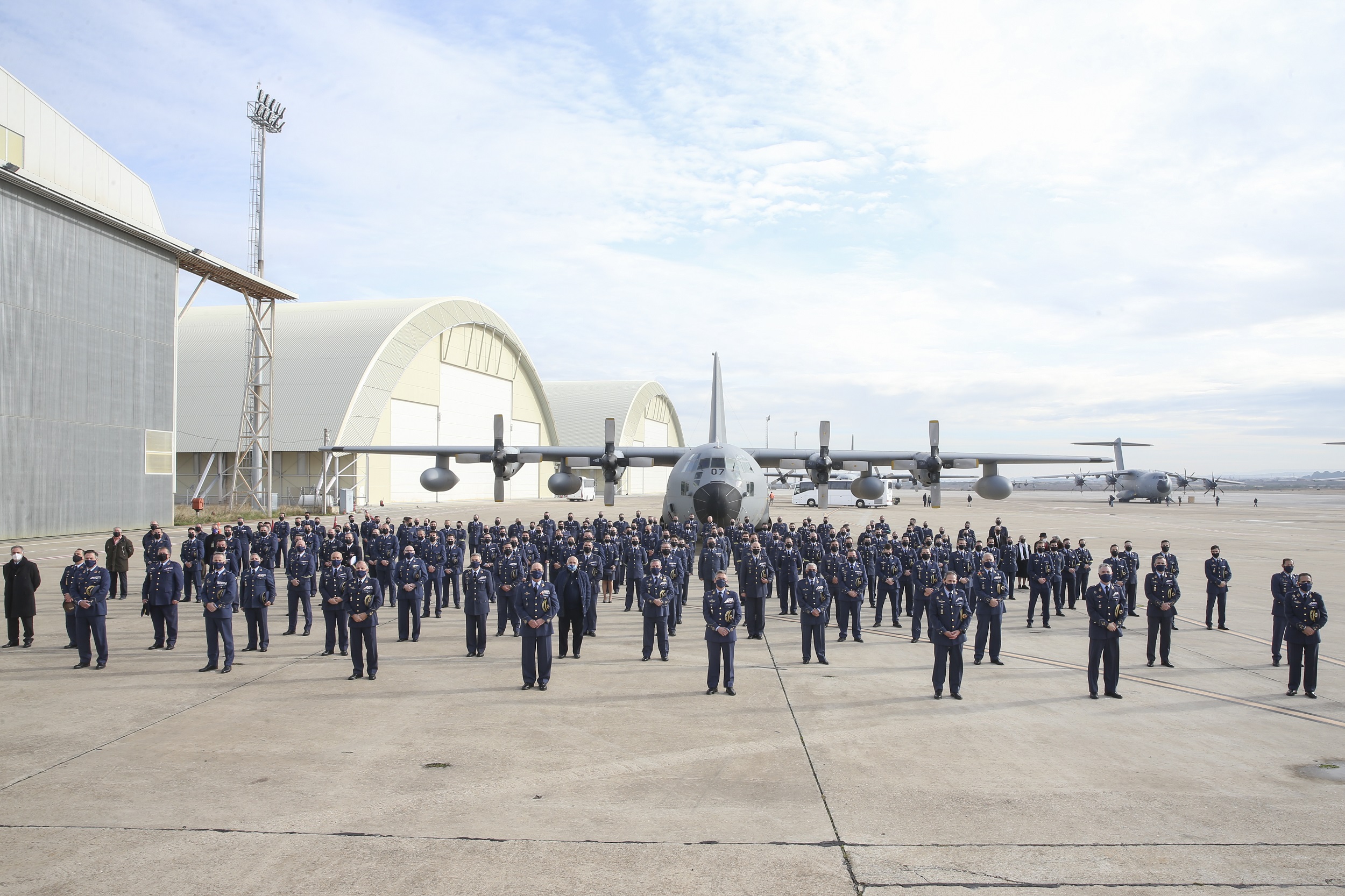 The “Dumbo” era is coming to an end: Spain decommissions the C130 Hercules.

On 21 December 2020, the Spanish Air Force bid farewell to their legacy transport aircraft: the C130 Hercules. The affectionate ceremony took place at the Zaragoza Air Base, the home base of the C130s. The guests and crews said goodbye to the aircraft and to 47 years of operation. In 1973, the first C-130 Hercules arrived at the 31st Wing in Zaragoza. The call sign “Dumbo” quickly became popular among the aviators and the members of the other services.

The Spanish King Felipe VI congratulated personally the Chief of the Air Force, Air General Javier Salto Martinez-Avial, all the airmen and, especially, the members of 31st Wing for five decades of meritorious service.

"We say goodbye to a legend. We will miss it because the Hercules is in the heart of all the members of the Air Force", said General Salto during the military farewell event. Air General Miguel Angel Villarroya, Chief of Defense Staff and former pilot of the 31st Wing, remembered with emotion that he began his life as an aviator in this unit. He proudly described himself as "the oldest active component of the 31st Wing."

“From now on, the A400M will take over the missions. This modern aircraft, able to transport more cargo, faster and to longer distances, will surely eclipse the achievements of the C-130, but the Hercules will continue to live in the  hearts and souls of many  generations of  Spanish aviators who, either had the opportunity  to fly it, or dreamed to do so.”

On 29 December, the C-130 Hercules registered T.10-03 flew its last flight to the Air Museum in Madrid. It will be on display, so that future generations can continue to admire this piece of history of the Spanish Air Force. Other four planes will continue serving in the air forces of Chile and Uruguay.