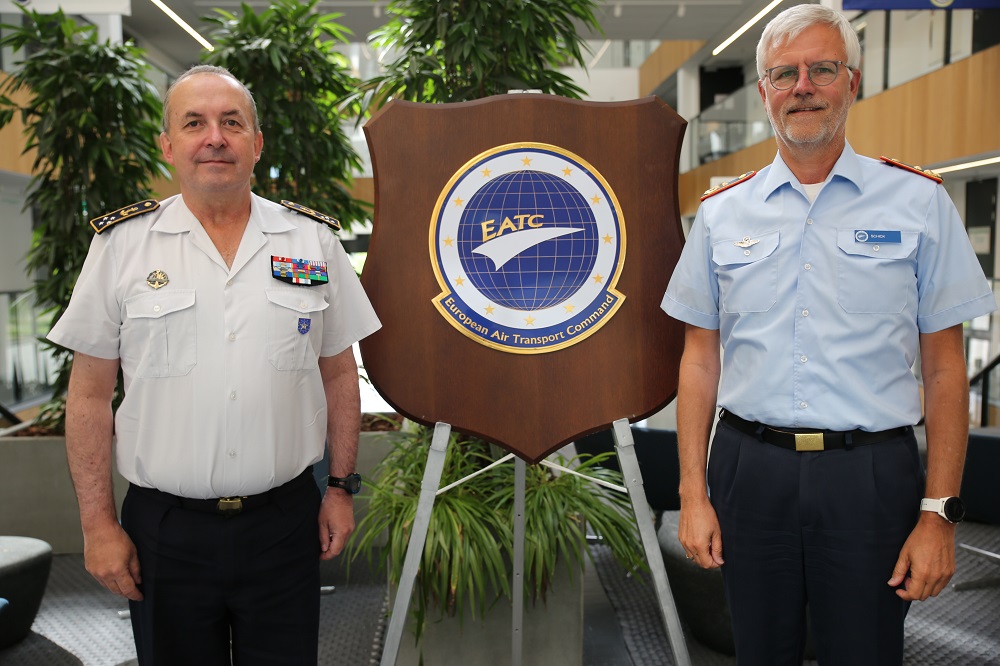 The Director General of European Union Military Staff at EATC

The visit follows up on previous discussions regarding the cooperative efforts* between the two entities. The Commander EATC and the Director General EUMS exchanged lessons learned on past crisis operations and on the war in Ukraine. They elaborated in particular on options how to potentially support EUMS military air mobility requirements in various scenarios.

Major General Schick highlighted that “all intentions to take our current cooperation a step further will strengthen the partnership between the EUMS and EATC and is aimed to continuously improve the support to our nations. Today’s fruitful discussions paved the way to meet future challenges”.

* In 2016, the Commander EATC and the Director General EUMS confirmed in a “Letter of Intent” their intention to reinforce the relationship and to enhance cooperation between functional subject matter experts. Four years later, they signed an arrangement regarding the provision of aeromedical evacuation expertise. They agreed on EATC’s medical experts providing advice to EUMS on the aeromedical evacuation of patients from EU non-executive missions.