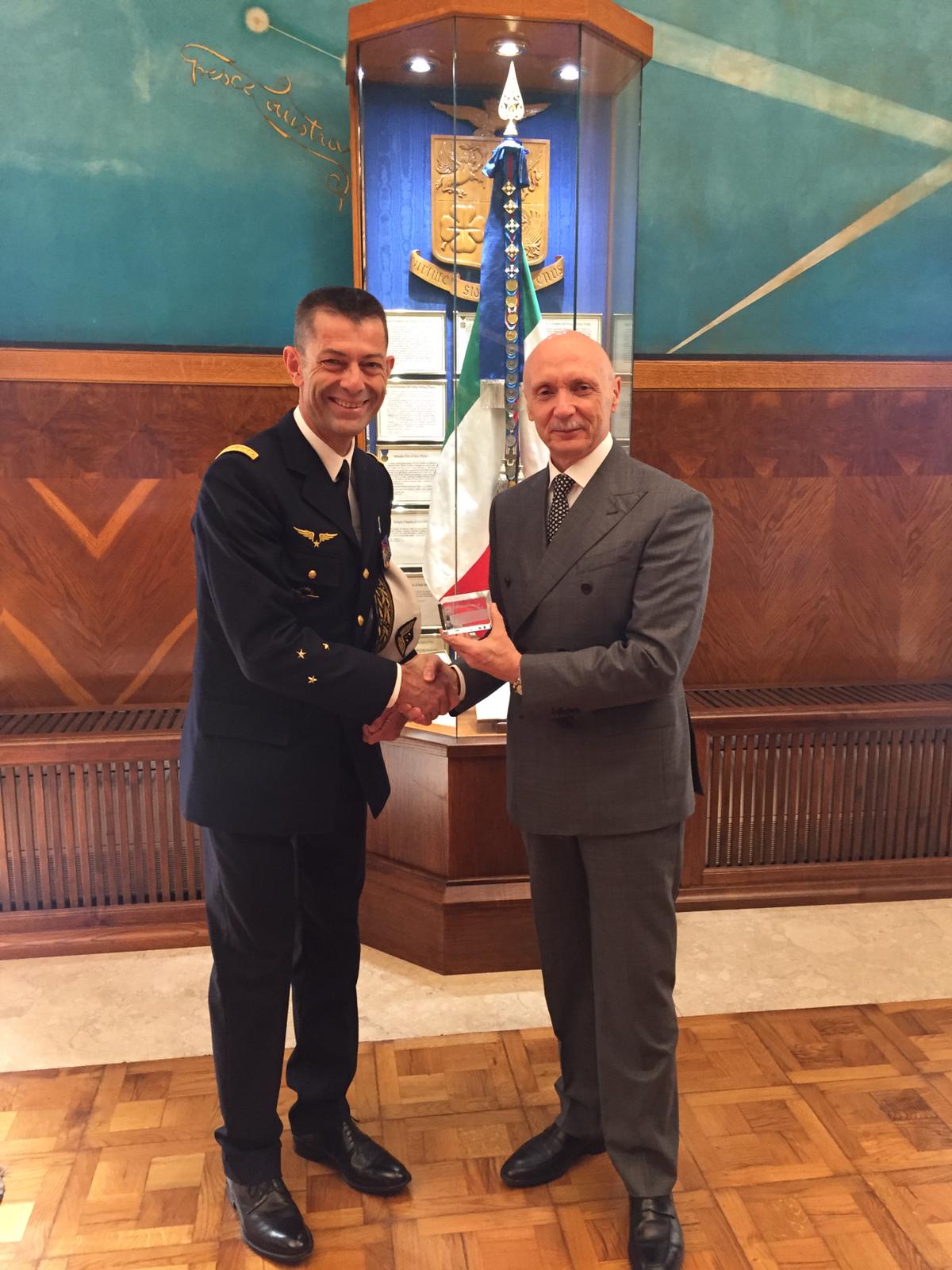 The Commander EATC launches the new edition of EATC’s roadshows with Italy.

On 2 and 3 October 2018, a multinational EATC team led by Major General Laurent Marboeuf, Commander EATC, and his deputy Brigadier General Francesco Saverio Agresti, visited the Italian air force headquarters and Joint Operational Command in Rome as well as the Air Operations Command in Poggio Renatico. This visit took place in the framework of “EATC’s roadshows” to member nations.

The EATC Commander was warmly welcomed by the Italian Air Chief and former chairman of the MATraC*, Lieutenant General Enzo Vecciarelli. The generals discussed the consolidation of Italian component into EATC’s multinational environment and had a visionary outlook into the future. They also considered EATC’s future capabilities and the development of its multinational fleet. They appraised the consolidation between EATC’s operational and functional domains, in particular when it comes to cross parachuting missions.

Additionally, the Commander EATC and Major General Roberto Boi, the head of support division in the Joint Operational  headquarters, approached other subjects of common interest. They discussed in particular the initiative to explore possibilities to offer additional Italian assets to EATC with the option to revoke the transfer of authority in operational theatre.

The “EATC roadshows” are organised on a regular basis between EATC and its member nations to consolidate bilateral relations. The roadshow to Italy was a great success. The partners discussed in full transparency key subjects, shared ideas and approached common initiatives. Through the ensuing increased trust and confidence between Italy and EATC, future challenges can be dealt with more effectively and more efficiently.