The Aeromedical Evacuation Control Centre** (AECC) has coordinated and supervised the medical evacuation of nearly 7.000 patients from September 2010 to November 2016. The figures below show the number of patients per year: 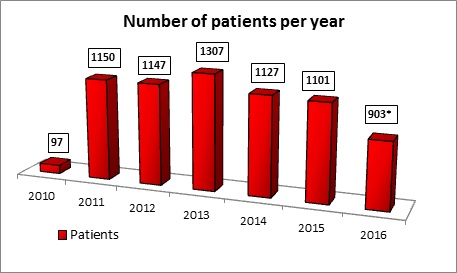 One of the major goals is to enhance the multinational cooperation and provide synergistic effects by repatriating patients in cross-national flights. This means that a patient is transported by another nation’s aircraft (military or civilian).  The figures show the percentage of cross national aeromedical evacuation (AE): 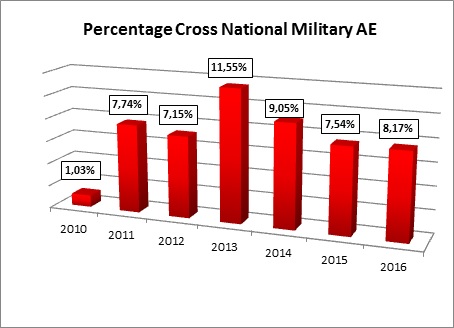 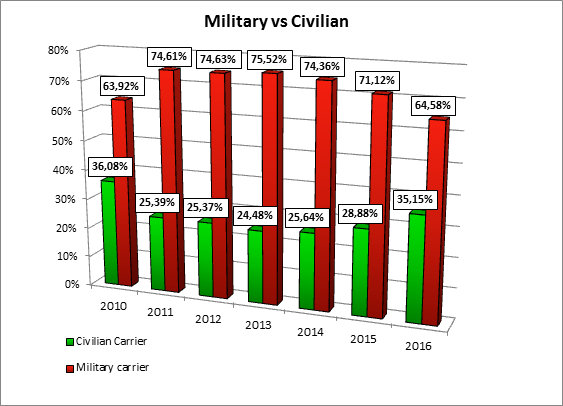 (**) The Aeromedical Evacuation Control Centre (AECC) is incorporated in the Operational Division of the EATC. It coordinates and supervises medical evacuation of patients from anywhere in the world to their home country, or to a safe place where better medical care is available (Strategic Aeromedical Evacuation). A team of flight surgeons is permanently available at the EATC in order to plan transports or more urgent evacuations of injured or sick personnel by air assets.