TA on A400M training signed between France and Germany

On 30 September 2013 French Air Chief General Denis Mercier and his German counterpart General Karl Müllner signed a Technical Agreement (TA) about the future A400M training. The agreement was signed at the French Air Base Orléans-Bricy - quite after the official welcome of the first A400M aircraft at its first operational home, the French MEST (Multinational Entry into Service Team).

The TA enables the training of pilots, loadmasters and technicians in mixed classes. One example: While the basic flight training on the A400M will take place at the German Air Transport Wing 62 in Hannover-Wunstorf, the tactical training follows at Orléans-Bricy, where the French training facilities are located.
While the basis for the training on this brand new aircraft is now settled, EATC’s Functional Division can start developing contents for the training itself. Therefore “the signatures below this treaty may challenge the EATC” states Major General Pascal Valentin, Commander of the EATC, “but surely also underline the EATC‘s key role in the employment of this new aircraft. We are looking forward to service the best to benefit the EATC Participating Nations (PN)." 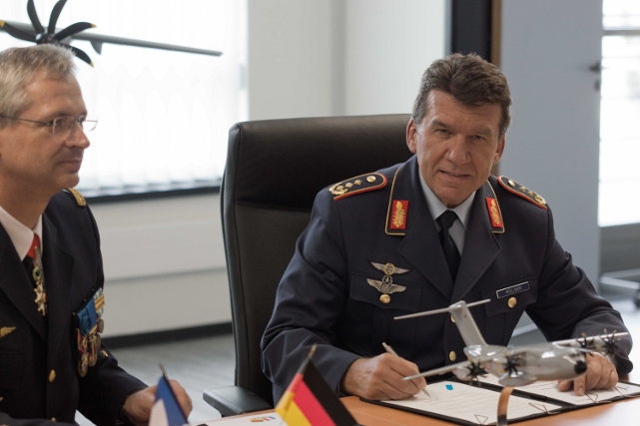