On 1st of April 1963 the German Special Air Mission Wing MoD became independent wing of the German Air Force, stationed at the town of Ahlhorn in Lower Saxony. The wing is meanwhile based at Cologne-Wahn, and well known for its VIP-transportation in Germany, as well as for its engagement in strategic air transport all over the world. Within all the assets the wing takes over also from the EATC, there is e.g. twice a week a flight to Termez, Usbekistan and back in order to deploy and redeploy soldiers to and from the ISAF theatre – with soldiers joining from several nations.
Along the ceremony - which was also attended by the German Air Force Commander, Lieutenant- General Peter Schelzig - Wing Commander and Colonel Helmut Frietzsche opened a new exhibition named “yesterday-today-tomorrow” to illustrate the importance of the Special Air Mission Wing MoD. 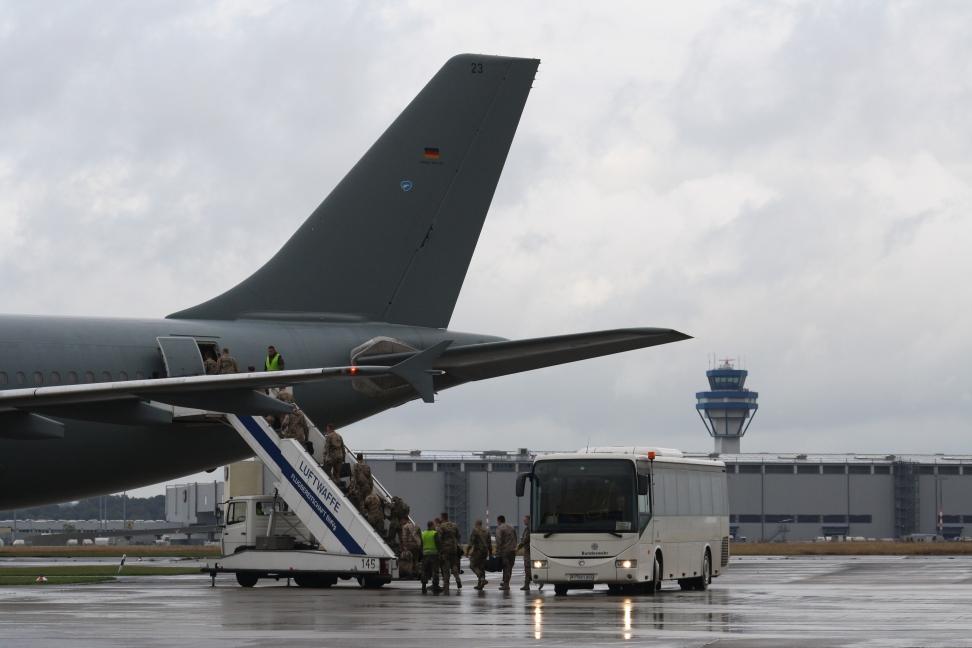