On 08 April 2016, the Commander of EATC, Major General Christian Badia, welcomed SHAPE’s deputy National Military Representatives (NMRs) in the framework of their visit to the multinational organisations situated at Eindhoven airbase. General Badia presented the EATC to the group of 20 guests, highlighting the achievements of the past six years and the way ahead. 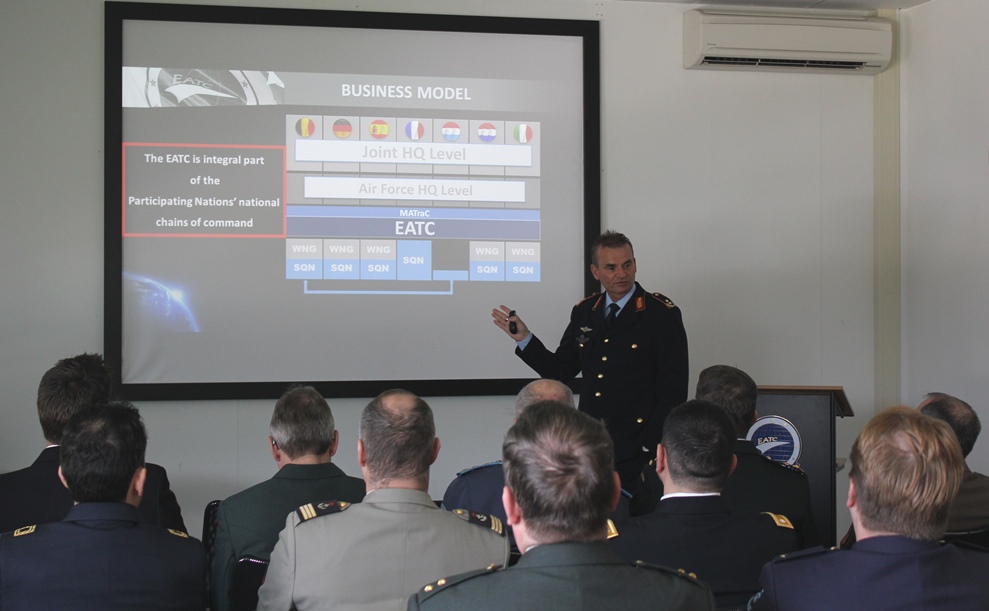