Reliable Transall for the Turkish Forces

With reference to a release on the official German Air Force Portal “Luftwaffe.de”, a Turkish delegation visited the EATC assigned Air Transport Wing 61 in Bavarian Lechfeld/Penzing in order to underline its interest in procuring German Transall aircraft. The Turkish Air Force therewith expressed its intention to acquire German transport aircraft C-160 Transall to enhance their own fleets consistence and/or extending their spare part situation for their own aircrafts: In 1971 the Turkish MoD bought 20 Transalls from the German Air Force.

Accompanied by the military Attachè of the Turkish Air Force, Lieutenant Colonel Ismael Kurt, Turkish pilots, engineers and commanders were briefed on technical processes, the procurement of spare parts and finally inspected the condition of one exhibited aircraft.

The Turkish side is interested to buy specifically those machines, which were ought to be disbanded from its national tasks anyway – a process to be continued over several years to come, because the German Transalls will be exchanged with the A400M step by step. As long as the decision process - which is in a very early stage - will proceed as described above, a potential delivery of German Transall aircrafts will have no direct influence on the EATC fleet nor on any assigned EATC wing in Germany specifically.
For the procurement is national business, the EATC has neither direct influence on the national German plans nor sees any necessity to change its operating procedures. 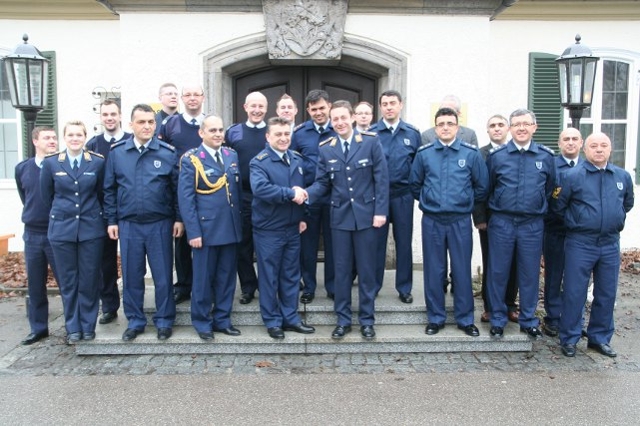