Paxhandler at Eindhoven Air Base

28 aged Sergeant Marte S. works since 2001 at the “Koninklijke Luchtmacht”, the Royal Netherlands Air Force (RNLAF). As so called “Paxhandler” she checks in the personell flying abroad from Eindhoven Air Base. Therewith Marte is the one of the last persons all those will remember, before they leave the Netherlands and go on their “journey” abroad…

A career in the military world – with detours
Serving her country in the forces has always been her dream, which eventually came true, although she needed some “detours” to achieve finally what she was aiming for right from the start. No wonder, because her whole family had joined the service: Her grandfather worked within the Royal Marines, her aunt at the RNLAF, her father went from Royal Navy to RNLAF and finally her sister works at the Royal Army. 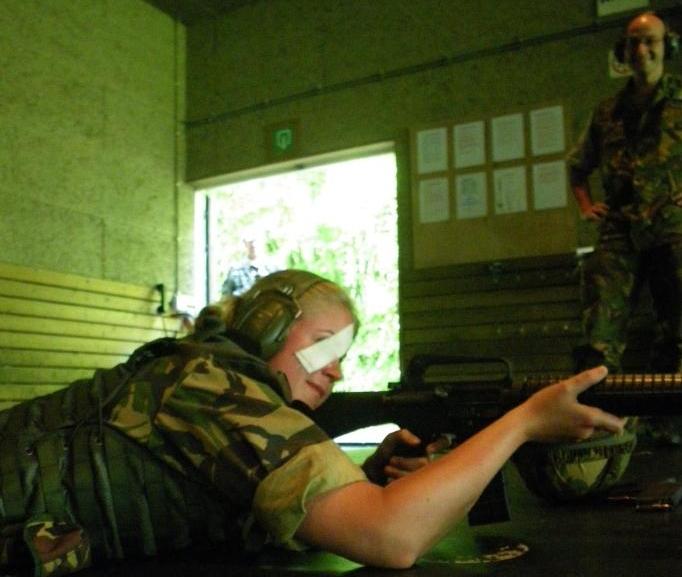 At the age of 15 Marte got her degree in school and became an apprentice with the Dutch military police. Although she learned a lot at this service she rather decided to join the forces - and applied successfully. Unfortunately she was still too young to enter the service, nevertheless remained to the forces as a kind of apprentice for a whole year. During this year she was able to learn different parts with the forces: trying to find the right profession within the right service. Finally she decided to join the NAVY - but due to the fact that she became seasick too often she decided that she didn’t want a career on the oceans.

“Back on shore” she searched for alternatives. The army was not her choice but Marte joined in November 2001 the Air Force to make her dream finally come true. At Volkel Air Base (south of Nijmegen) she successfully did the basic training, after that in the summer of 2002 she went to the Kolonel Palm - baracks in Bussum, where she joined a 16 weeks lasting logistics training course. After passing this course she got her first real assignment at the 322th squadron at Leeuwarden Air Force Base in the north of the Netherlands. There she worked for the next two years within the squadrons material supply office. She was responsible for all kind of orders varying from pens, shoeshine, washing powder and - off course - aircraft spare parts. 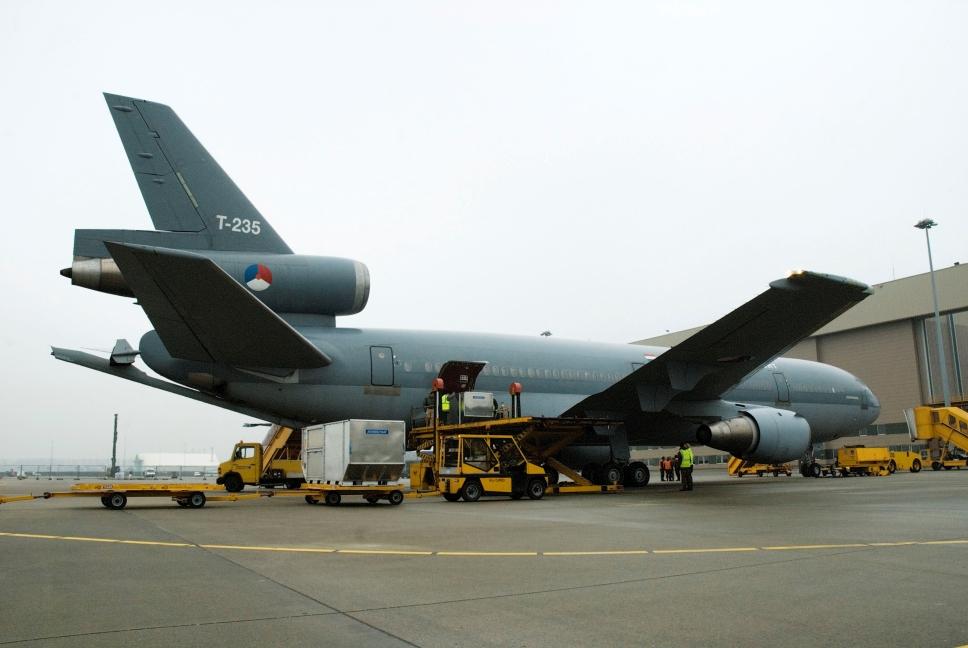 Logistics around the planet

Two years later Marte was offered a job with the logistics detachment at Volkel Air Base, where - we already know - her career started in the Air Force. But this time she was not only part of a team within the Netherlands: From Volkel Air Base her duties went over to a seven month lasting logistic assignment at Kabul/Afghanistan. In the year 2008 she switched over from Volkel AFB to Eindhoven AFB, where she was promoted teamleader of a cargo section. Here she became familiar with specific air cargo matters: preparing load for upcoming flights, shifting containers, unloading aircrafts, providing the right papers, … and took over a further deployment of over four months to Minhad - near Dubai - in the summer of 2010. Two years later she finally switched over from cargo handling to passenger handling, where she is - today - responsible for all preparation before, while and after the check-in at Eindhoven Air Base: where many soldiers deploy on a mission or exercise abroad.

From Kabul to Eindhoven

Lots of people are boarding aircrafts at Eindhoven Air Base like the Dutch KDC-10 of the 334th squadron, the C-130 of the 336th squadron or any other military transport aircraft on asset of the European Air Transport Command. EATC is located on the same Air Base and takes care for the whole AT-planning and conduction of its five Participating Nations air transport (Germany, France, the Netherlands, Belgium and Luxembourg).

Working next door to the EATC

For the fact that EATC can operate more efficient than a single nations air force can possibly do - e.g. by avoiding parallel missions or those inefficient missions with less personell or cargo on board - the EATC´s Participating Nations save money and resources.

One example: The Dutch KDC-10 is capable of carrying passengers and cargo (national or international) while the same time refuelling F-16’s in the air. With its MRTT capabilities (Multi Role Transport Tanker) the aircraft offers a lot of opportunities not only for national, but also for international use - on EATC assets. 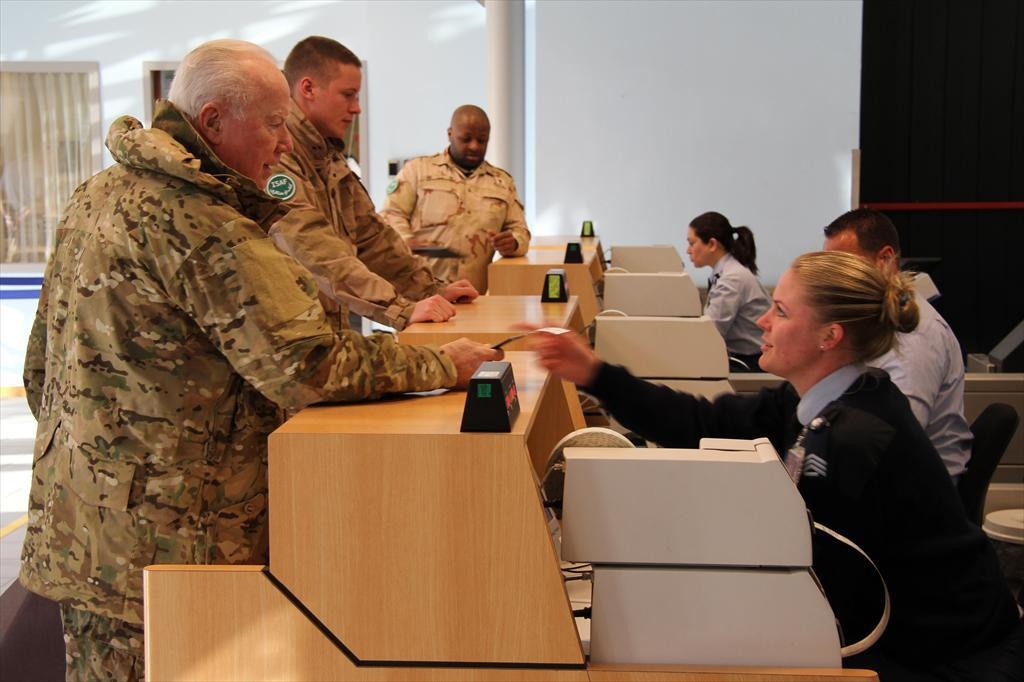 And coming back to Marte: She is surely the right person for this job - spending much time to arrange things perfect, whether the expected personell is an official political delegation or a whole military unit to cope with.

Every time she starts the check-in procedure with small conversion at her terminal: “I check and confirm the flight arrangements and keep my “clients” informed about the further processing - until the boarding of the aircraft.”

And these "further processings" are much like those ones at the near civil Eindhoven Airport: Baggage transfer, security check, waiting at the gate, boarding the aircraft.

“I like this job very much”, she admits: Being the person to stand at the final boundary, always smiling and - in her heart - feeling with those who leave… and hopefully come back safely a few months later. 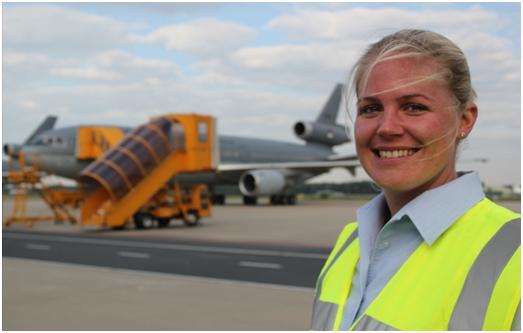