Airbus Defence and Space reports to have completed first paratrooping trials with the A400M where Spanish paratroopers from the Escuadrón de Apoyo al Despliegue Aéreo (EADA) took part in a series of jumps at drop zones in France and Spain. The test serial comprised eleven flights, including also one simultaneous drop through both opposite doors. The A400M can carry up to 116 fully-equipped paratroopers. For the Spanish paratroopers it was the first time ever to “fall” out of the new aircraft, which Spain expects to introduce into its Air Force in the year 2016.

Find the original release at Airbus website here, the article at the Spanish Air Force website here.
More information about EATC involvement in A400M introduction matters to be found here. 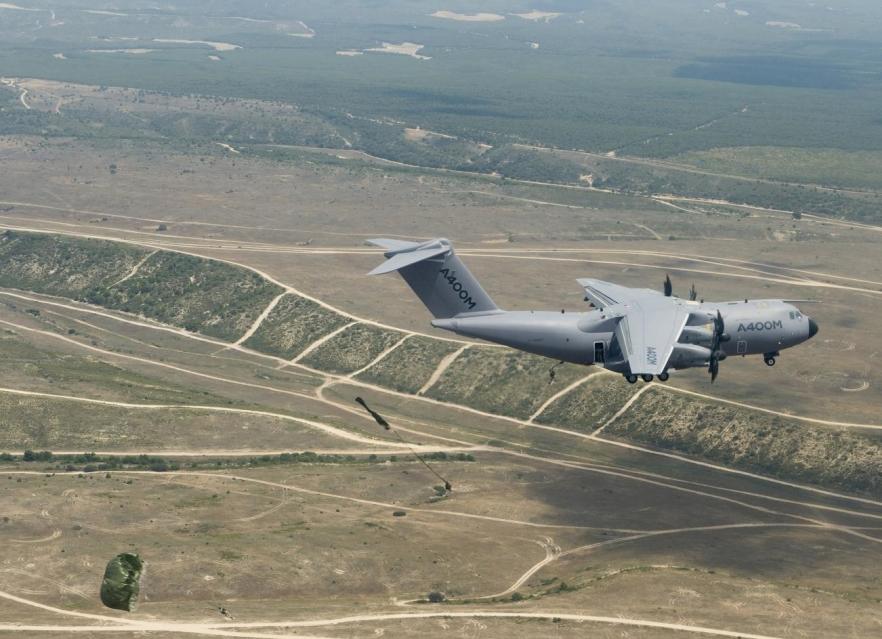