The C-160 Transall transport aircraft still is a “working horse” of the EATC. As predecessor of the modern A400M and being constructed nearly half a century ago, it was and still is a reliable aircraft - built originally for merely tactical purposes within the face of the Cold War in the early sixties.
Meanwhile the Transall has been modified also for strategic transport within Europe, for Aeromedical Evacuation as well as for air-to-air refuelling assets within the EATC Participating Nations.
With the introduction of the “Atlas” the nations that run the Transall will step by step replace the “old lady” – and a lot of things will change, because these are not only two aircraft with different history and capabilities, but also with a different environment, different roles to cope with and a new management thinking behind. Find out about the generation leap lying between both aircraft here. 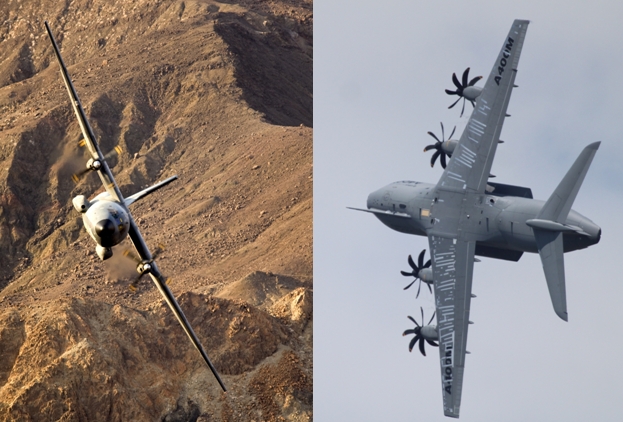