Since it is part of the European Air Transport Command’s (EATC) objectives to harmonize and standardize the different national procedures in order to ameliorate their interoperability, a multinational training for the handling of a possible worst case scenario was a logical step to take. This covers as well the possible recovery and salvage of an aircraft.  Hence initiated and coordinated b 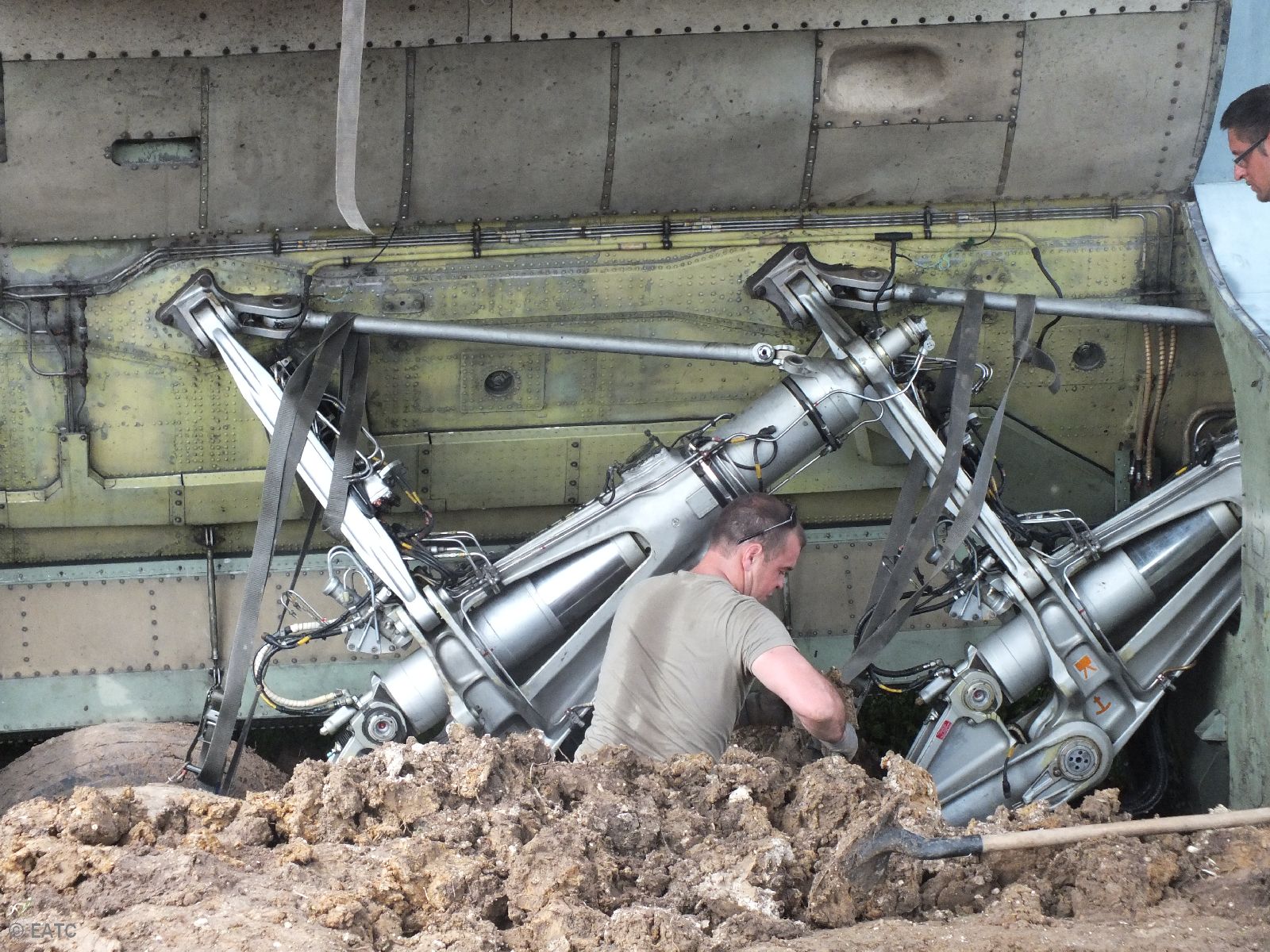 y the Functional Division of the EATC, the partner nation France had accepted to take the lead in organizing and hosting this very first exercise of its kind.
The driving idea was to gather recovery teams from all EATC nations including their standard equipment, to form one multinational mixed setting to share, expand and gain experience. The training site offered perfect conditions for a real life training of the recovery of multiple decommissioned C-160 Transall transport aircraft, which were perfectly prepared by the host nation France. On five stations, the multinational ensembled teams were able to experience and to share skills and knowledge such as instruction of DEU airbags and UK stacks, the recovery of an aircraft with a nose trolley whilst the nose landing gear broke down, the pulling of an aircraft whilst one side of it was bogged down into the ground and the full lift of an aircraft where all landing gears were stuck in the

ground.The different teams on the site were able to face situations which may occur in real life as well. The training was to focus on the practical side of an aircraft recovery by using available equipment and by improvising if necessary.
During the exercise and in the debriefing, all participants expressed their appreciation for the initiative and the conduct of the exercise.

The lessons learned drawn from the combination of using the own background knowledge and learning new equipment and procedures from other nations was of high value for the experienced technicians.
The exercise proofed its success in sharing capabilities such as training concepts. The aim is to continue in such training events supported by the underlying concepts in order to further harmonize critical capabilities. 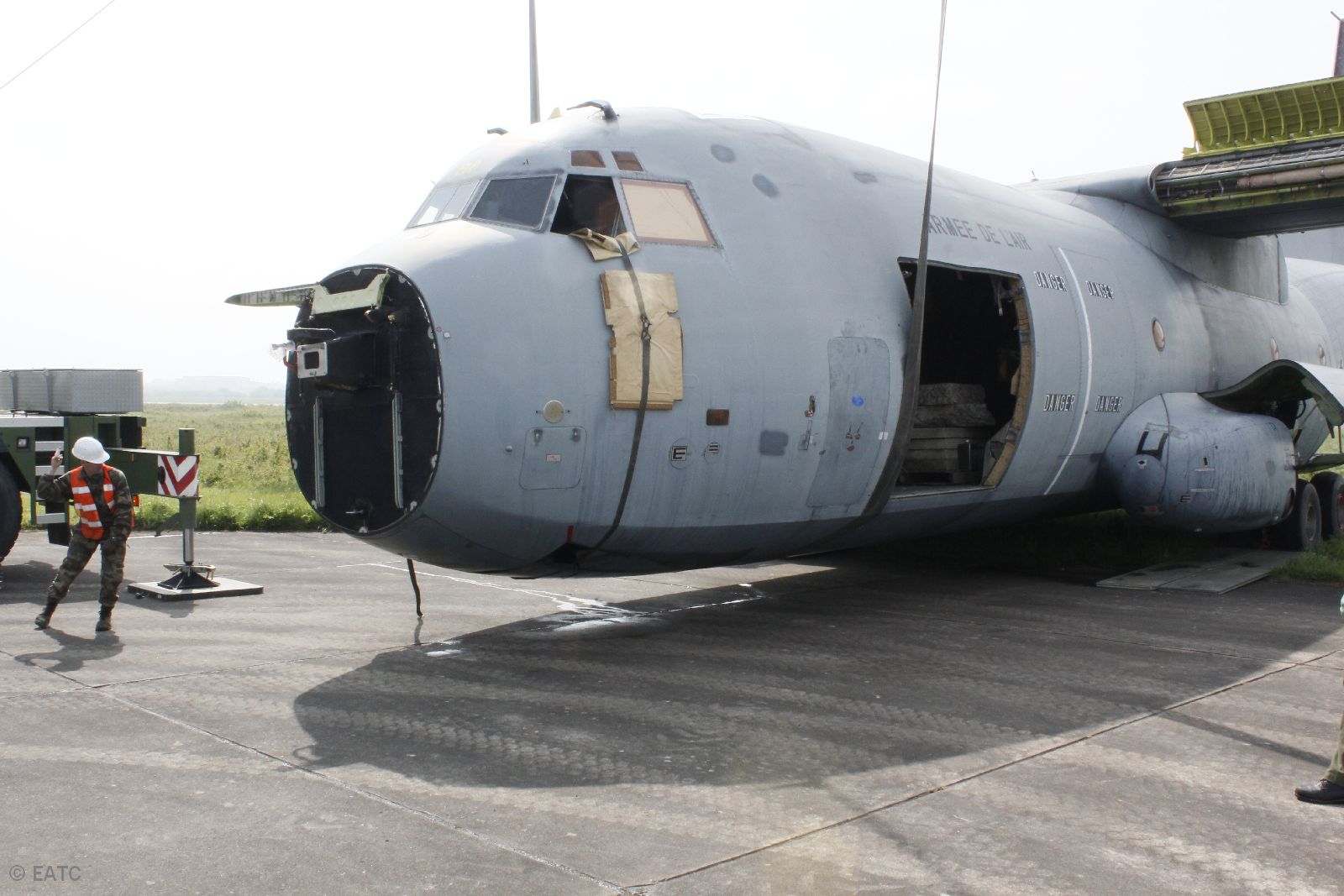 Please see our EATC media gallery for further impressions of the training and the multinational teamwork.