Most advanced to join EART 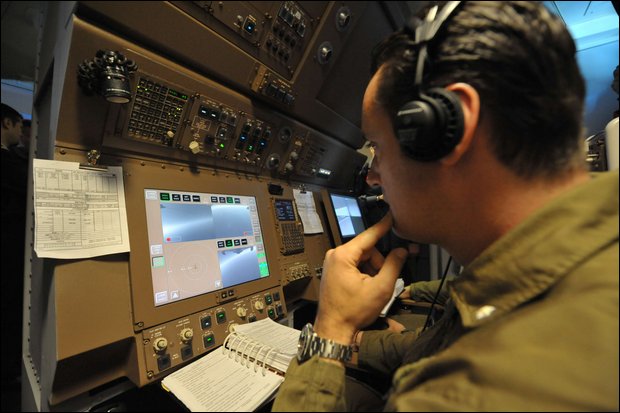 The Boeing KC-767A derives from the commercial aircraft Boeing 767-200ER (Extended Range). By conceptual design it ensures a superior range and payload capability, as well as a superior range for air-to-air refuelling (AAR) - as receiver or tanker. The Italian Air Force acquired four KC-767A aircraft as replacement for its Boeing 707T/T fleet. The first KC-767A has officially entered into service on the 17th May 2011. Upon the entry into service, the first two assets have supported NATO operations in Afghanistan (ISAF) and Libya (OUP). The other  two tankers were delivered in late 2011.
The KC-767A is one of the few aircrafts able to supply fuel to all type of receivers (hose and drogue as well as boom receivers) through wing tip air Refuelling pods and centerline hose station as well as through the aerial boom.

Nowadays, the Boeing KC -767A is one of the most modern AAR-aircrafts in service worldwide. As strategic transport aircraft, the KC-767A can be set up in different configurations, with different loading capabilities:
-    “Passenger”: up to 200 passengers can be boarded with their respective luggage;
-    “Combi”: up to 100 passengers and 10 NATO standard military pallets;
-    “Freigther”: up to 19 NATO standard military pallets.
Moreover, the KC-767A is able to be refueled by other boom equipped tankers, in order extend its operational range.

With a loading capability of up to 25 tons (55.115 lb) and being able to be refueled in the air, the aircraft can reach nearly every point on this planet.

The aircraft will be participant at the first European Air-to-Air Refuelling Training at Eindhoven Air Base. Find out more about it here.