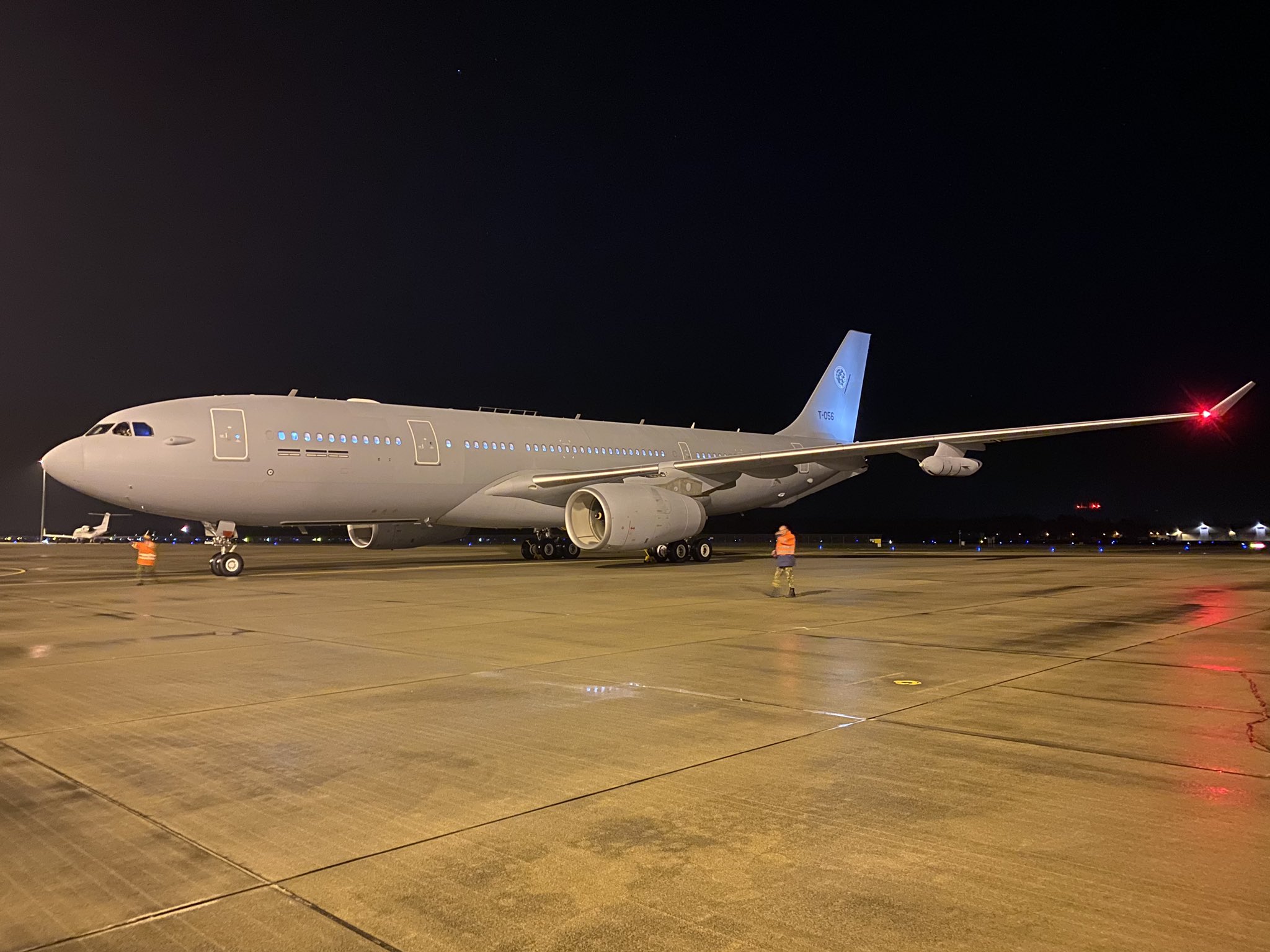 On 19 November 2020, the third A330 MRTT* aircraft had its ferry flight from Getafe (Spain) to Eindhoven airbase under EATC command and control.

This aircraft, registered T-056, is the first MMU** asset to be converted into aeromedical evacuation configuration. In the first semester 2021, it will be transformed for evacuation missions at the MMU “Forward Operating Base Plus” at Cologne airbase. In future, the MMU will operate four MRTT aircraft  at Cologne airbase, with one of them permanently on stand by for medical evacuations.

In other words the A330 MRTT T-056 will be a true “flying hospital” at the disposal of the MMU member nations*** and under EATC command and control. EATC’s AECC**** will plan the strategic aeromedical evacuations on behalf of these six nations. The multinational AECC team is composed of flight surgeons and flight nurses - experts in aeromedical transports. This new A330 MRTT will give them an extraordinary asset to support the nations and to guarantee a safe return to the troops in operations or stationed worldwide.

Read more about the arrival of the A330 MRTT