MEAT, short for “Management of European Air Transport”, is a multi user software dedicated to support the processes of military air transport activities and Air-to-Air Refuelling within the EATC staff and its participating nations.
Currently the application is used by 4.000 users in the EATC staff and the EATC Participating Nations. During the upcoming years this number is expected to rise in line with the expansion of the EATC. One big footprint in this regard was now achieved by connecting the new assigned Spanish Air Transport Squadrons with EATC at Eindhoven. This matter became one important precaution for the Transfer of Authority of Spanish aircraft under EATC OPCON.
In order to reach an objective evaluation about this issue EATC together with the Spanish Air Force started the “Table Top Exercise”- a virtual exercise that aimed to find out whether and to what extent the Spanish Air Force IT was comparable with the MEAT system run by EATC.
As a matter of fact this exercise was a success – the connectivity was secure and since Monday, 15/03/09, EATC and Spain have already completed the first missions “online”.
Spain - like all the other EATC Participating Nations - runs since then the last actual version of the software, MEAT 2.7. 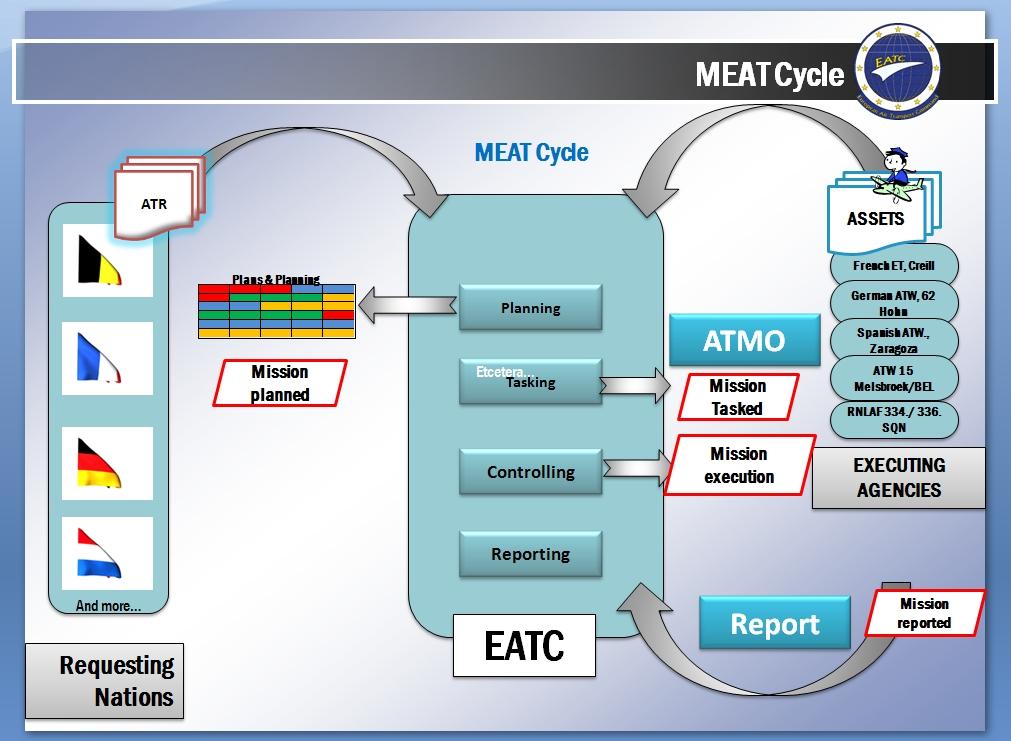 History of MEAT
MEAT was first designed and developed by the EATC implementation team (IMT EATC) according to the commonly approved operational requirements and procedures of the founding nations back in 2008. Since then, an in-house MEAT development team at the EATC is keeping the software up to date and conducts further developments.
The software is implemented mainly with Java coding and backed by a central database. The technical way of accessing MEAT differs for users in the different EATC Nations, but they all access MEAT via a web page to start the application, then log in and begin their work. Information entered and saved by one user is immediately accessible by all other authorized users. Roles and rights regulate the reading and writing access of  the users according to their responsibilities in the process.
The current MEAT software already represents the second generation of MEAT. It gradually migrated from MEAT 1, with the main goal of obtaining a single system philosophy and a common look and feel through the complete application. The next generation - MEAT 3 - will be implemented in 2015.

Maintenance, upgrades and further development of MEAT will continue to be an EATC responsibility. To meet the task at hand the EATC has established a MEAT Branch within its Operational Division (OPSD).
The MEAT Branch head is the product manager. His branch consists of a Functional Application Management (FAM) section as well as a MEAT Development Team (DEV) both formed by dedicated multinational military and civil IT specialists. Technical support is mainly assured by a host nation IT-provider (JIVC) and is supplemented by national IT experts when and where needed. FAM MEAT manages the requirement engineering and acceptance testing as well as conducting software training for users, while the DEV team’s task is the technical implementation and testing of any changes in the software.
The following overview lines out the major changes to be implemented into MEAT in the upcoming years:
•    MEAT 3 – redesign of the software interface and the technical implementation needed to cater for the change requests in queue.
•    Generic Data Exchange Interface followed by specific interfaces to other IT Tools (p.e. flight planning tool, load management tool, crew management tool) as well as “National Instances” of MEAT.
•    Crew Qualification Module
•    Access to MEAT via Electronic Flight Bag
The Change Request System in place includes the participation of operators from the EATC as well as from the participating nations, so that the direction, the quantity and quality as well as the most needed prioritization of software changes are  done ideally in agreement and the spirit of multinational cooperation.
The development of MEAT is an ongoing process and will continue to evolve together with the Air Transport Process it supports. It will continue to be the tool at  the heart of the EATC work process. 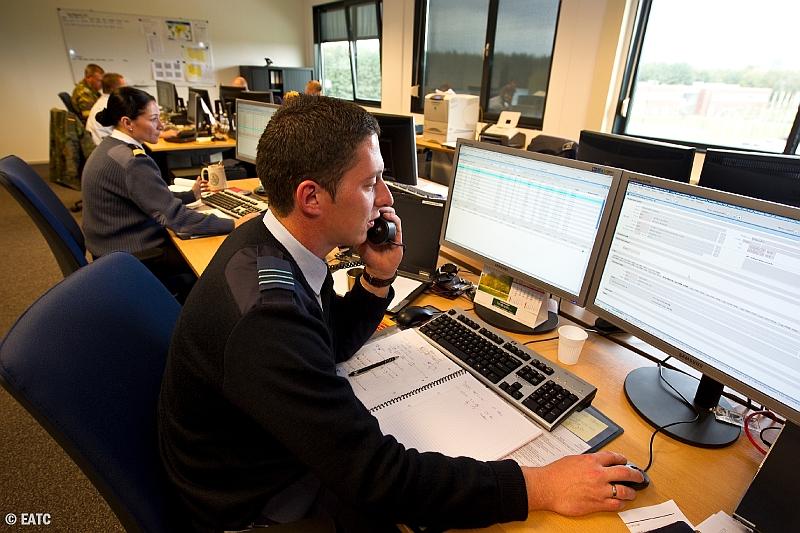