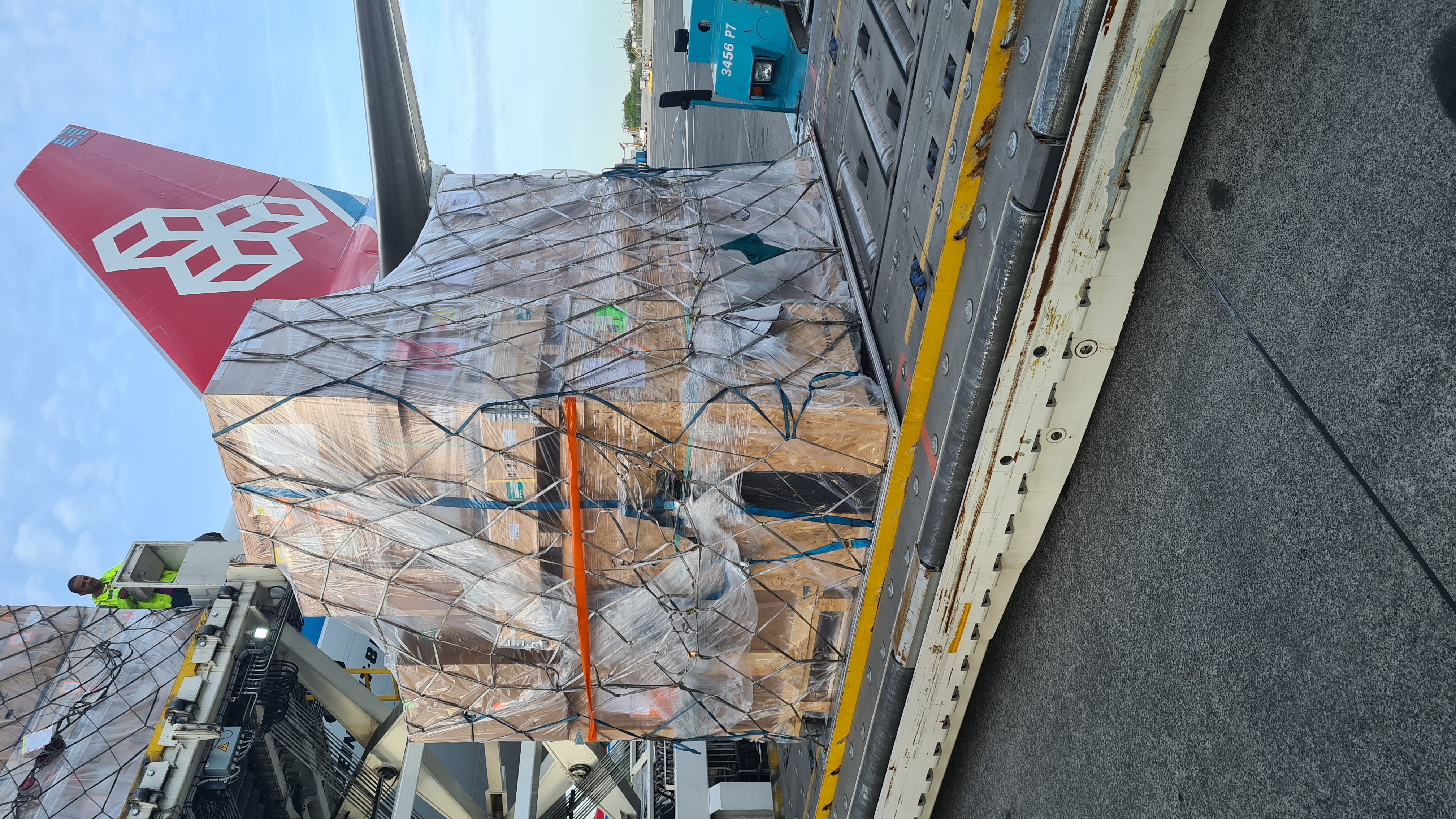 In June 2022, EATC conducted the first missions with a Luxembourg contracted civilian cargo capability. The missions were flown on behalf of Luxembourg to bring material from Chicago to Luxembourg.

Thanks to an accurate coordination between all actors, the cargo was handed over in a tail-to-tail swop from a Boeing 747F to a door-to-door truck service, to be transported to the final destination in Poland.

The missions were executed in the framework of the war in Ukraine. EATC has transported nearly 3.600 tons of cargo since the war started end of February.