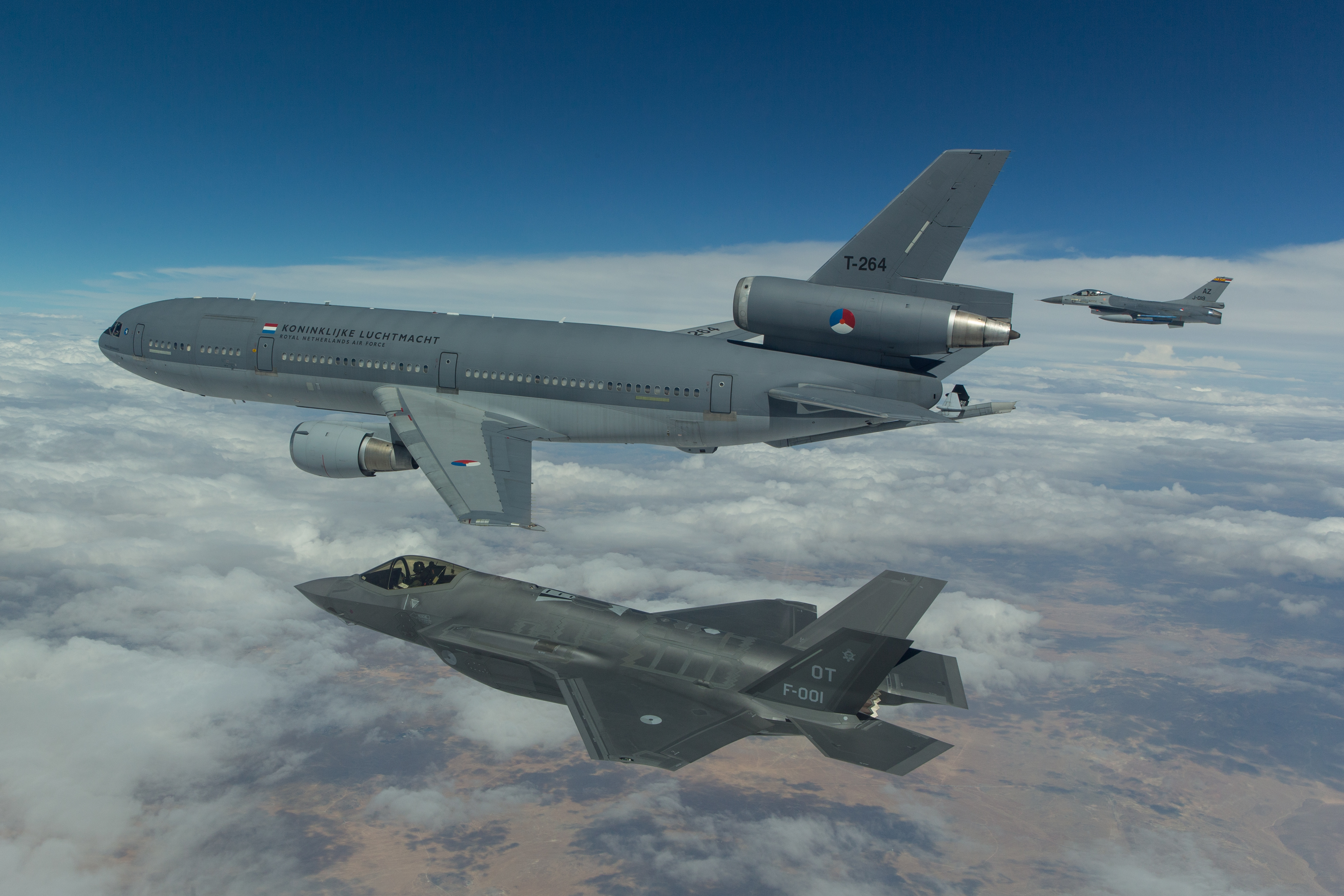 An era has come to an end: the Netherlands decommissioned the McDonnell Douglas KDC-10! This legacy transport aircraft served the Royal Dutch Air Force for 26 years, whereas eleven years under EATC’s authority. The Air Force celebrated the goodbye with a farewell tour of the KDC-10, registered T-235 and named 'Jan Scheffer', flying over Dutch military air bases.

Since 1995, the two KDC-10s were based at the Eindhoven Air Base within the 334th Transport Squadron. The Netherlands replaced this transport and air-to-air refueling capable aircraft by the multirole Airbus A330 MRTT. These state-of the art assets are also stationed at Eindhoven Air Base, within the multinational MMU* unit.

When EATC became operational in September 2010, the Netherlands transferred the authority of the two KDC-10 assets to EATC. Since then, the assets performed nearly 1.800 missions of which 35% air-to-air refuelling missions, or in other words: 14.500 flying hours transporting over 40.000 passengers and 10.000 tons of cargo. The aircraft were continuously deployed worldwide in national and NATO operations. They also supported peacekeeping and humanitarian aid operations, such as the evacuation of refugees from Kosovo or the humanitarian aid in the wake of the hurricanes in the Caribbean. And at the very end of the lifetime, in August 2021, the KDC-10 evacuated Dutch nationals and people of other nationalities from Kabul, Afghanistan.

Thank you KDC-10 and goodbye!