Italy on its way to join EATC

On 20 March 2014 Italy and EATC took the next step in the accession process of Italy to the EATC when Italian Air Force Brigadier General Gianni Candotti met with Major General Pascal Valentin, the Commander EATC, to continue the assessment of Italy’s Air Transport, Aeromedical Evacuation & Air-to-Air Refuelling (AT, AE & AAR) capabilities.
During the meeting the possible delegation of operational control (OPCON) of Italian AT, AE & AAR assets to the EATC was - among other subjects - discussed. Also addressed were the intended delegation of responsibility in the functional domain as well as how to integrate the EATC into the Italian Air Force’s national chain of command.
To ensure the involvement of EATC Participating Nations (PN), the status of the assessment process will be presented to the EATC Advisory Group on 2 April 2014, before the Commander of the EATC will deliver his report to the MATraC on 14 May 2014.

After the conclusion of the assessment process it is up to the MATraC to decide whether to initiate the actual accession process: First by establishing a multinational working group, composed of PN and Italian representatives, headed by a flag officer of one of the PN, to negotiate the terms accession, i.e. the Italian contribution to the EATC in terms of budget, personnel, aircraft, functional authority levels as well as legal issues. Based on the result of these negotiations, EATC PN then would formally invite Italy to join the EATC. Finally, the signature of the required legal documents would seal Italy’s accession to the EATC.
Italy is, after Luxembourg and Spain, the third European nation to join the founding nations of the EATC. Their modern AT- fleet consists of 37 tactical and strategic assets (Lockheed C-130 J, Alenia C-27 and Boeing KC-767) as well as 27 aircraft dedicated to VIP- transport and training (Airbus 319, Dassault Falcon 900/50 and Piaggio 180). 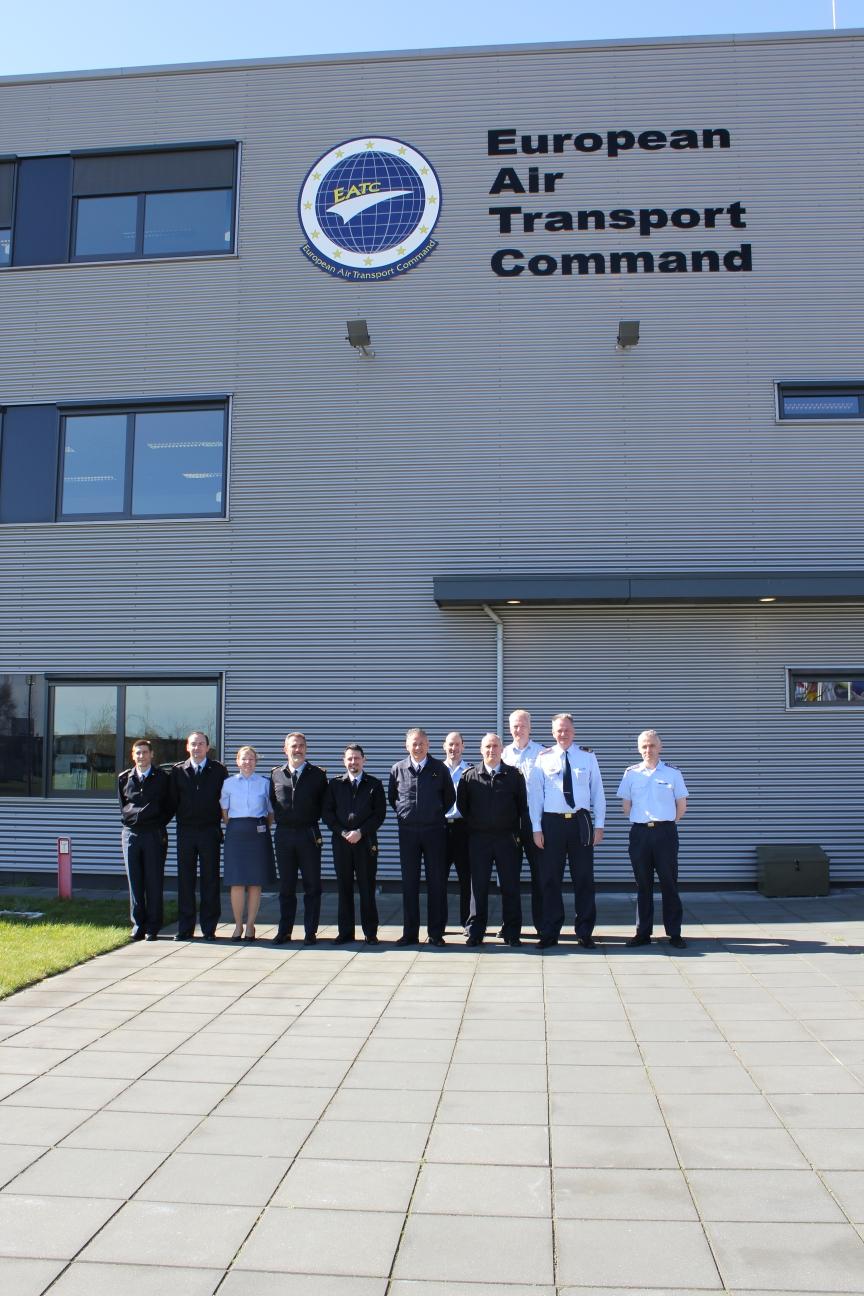