In remembrance of Market Garden

Last weekend nine aircraft went up into the Dutch skies coming from the Eindhoven Air Base in order to drop about 1.000 paratroopers over the fields of “Ginkelse Heide” near the Dutch town of Arnheim, where most of the famous operation “Market Garden” took place in 1944.
The remembrance of Market Garden grew up to an annually serial of events in the Netherlands, most taking place in the Northern and Eastern country as of Brabant. This year single events last from the 1st of September until 20th of October 2012.
Operation Market Garden (17th – 25th September 1944) was an Allied military operation to be fought in the Netherlands and Germany. It was the largest airborne operation up to that time.
Old DC-3 Dakotas from the United States - and on EATC permission and assistance - several Hercules from the Dutch Air Force as well as from Belgium and Poland made it to Eindhoven Air Base in order to join the memorial flights on Saturday and Sunday. Finally even two Transall from the German Air Transport Wing 61 (Bavarian Air Base of Landsberg/Penzing) made it to Brabant in order to keep up paratroopers from America, Great Britain, Italy, Poland, Belgium, Germany and the Netherlands. 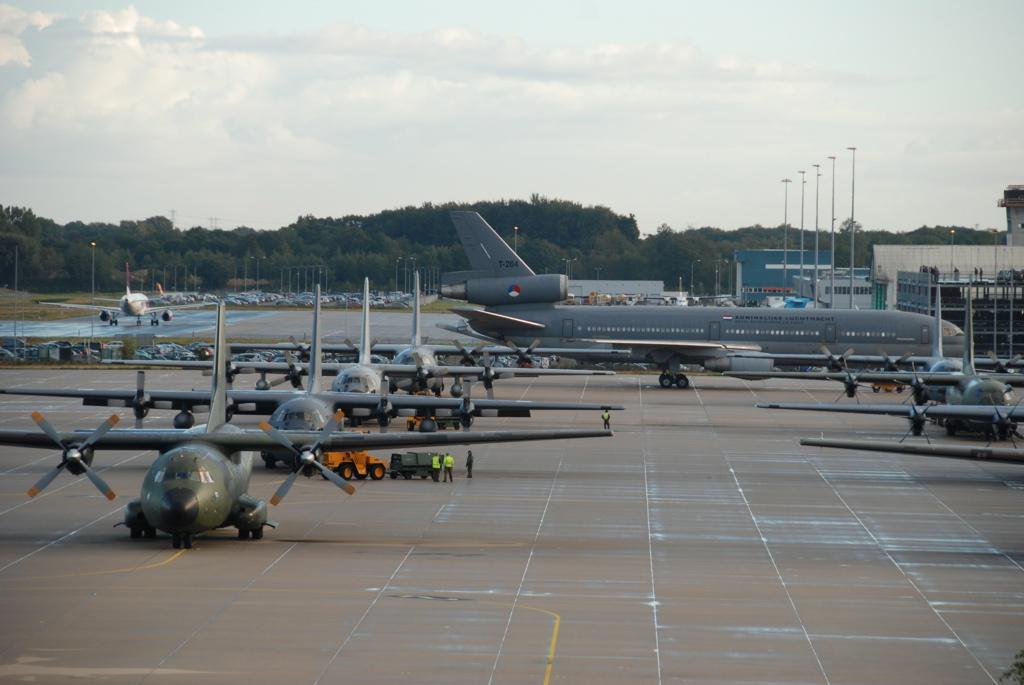