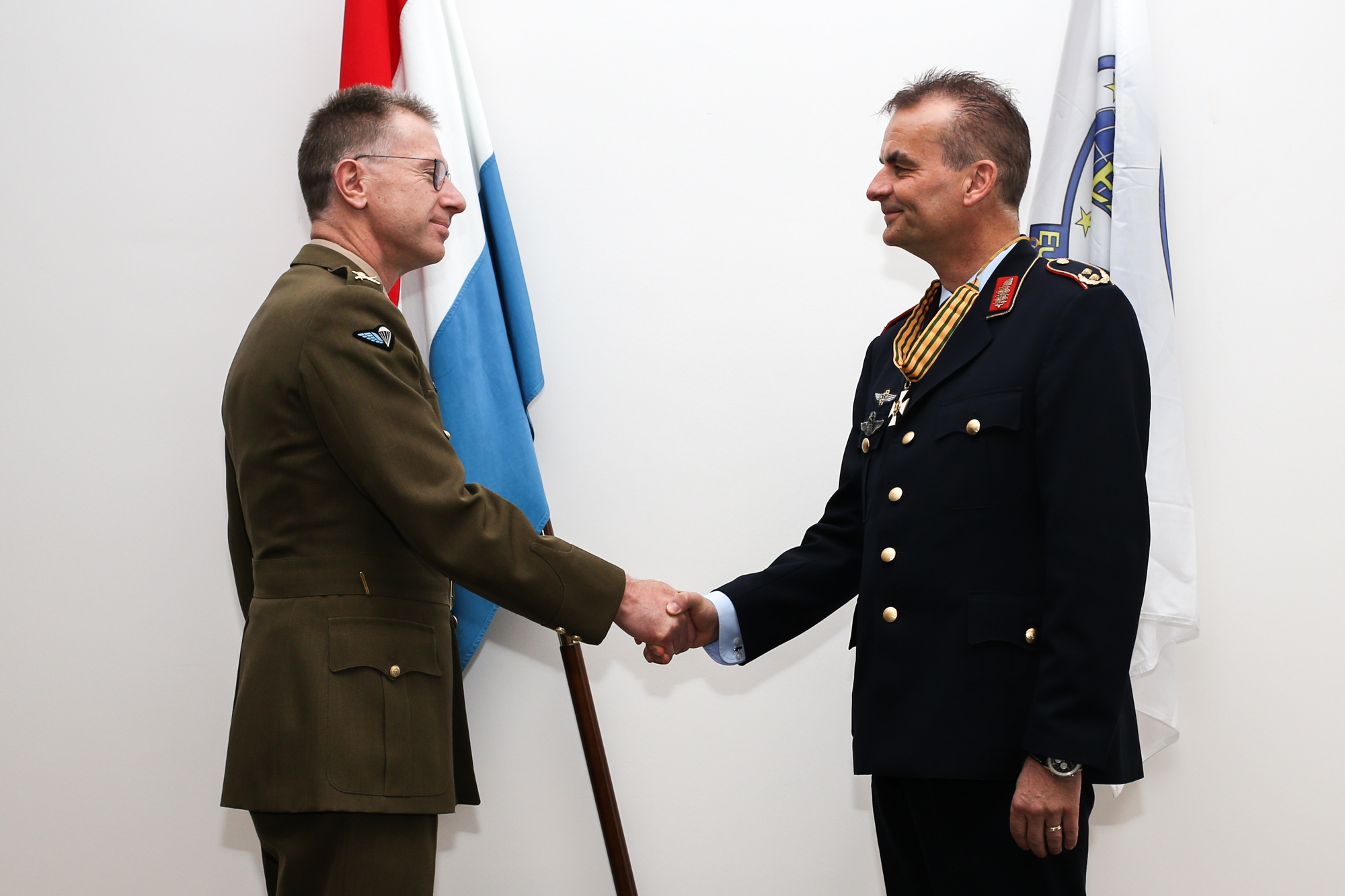 On 05 May 2017, Major General Badia received the honorary distinction of the “Commandeur de l'Ordre Grand-Ducal de la Couronne de Chêne”. This decoration was awarded by the Chief of Defence, General Mancinelli, in the name of the Grand-Duke of Luxembourg. The ceremony took place in the presence of distinguished guests at the Luxembourg armed forces headquarters.

Major General Badia was awarded this high decoration to reward his strong and confirmed commitment for EATC and his continuous support to the emerging Luxembourg air component.

The Order of the Oak Crown (Ordre Grand-Ducal de la Couronne de Chêne) was established in 1841 by Grand Duke William II, who was also King of the Netherlands. The order rewards outstanding civil and military services rendered by Luxembourg citizens, and on special occasions, it is also awarded to foreign nationals. 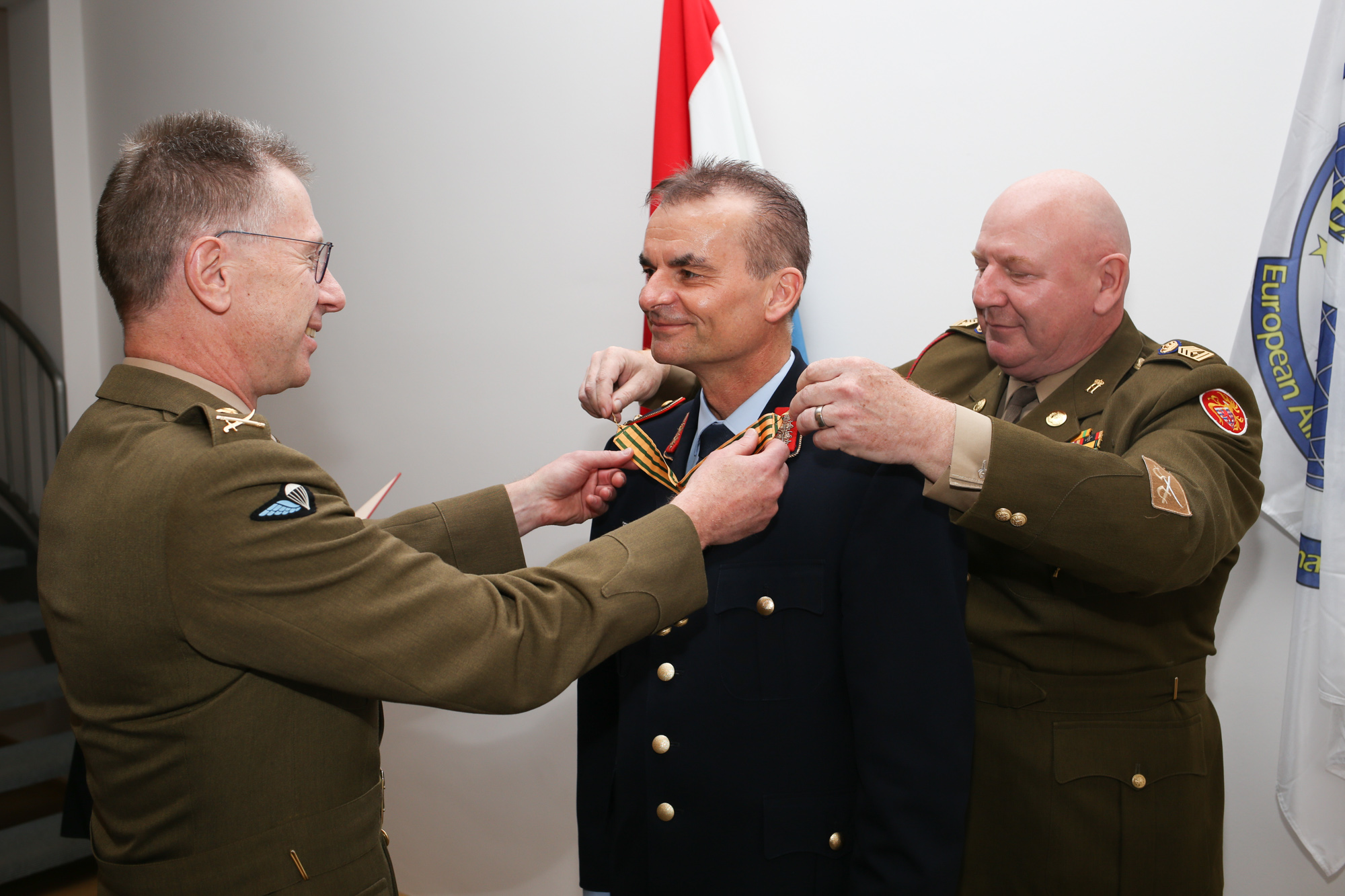 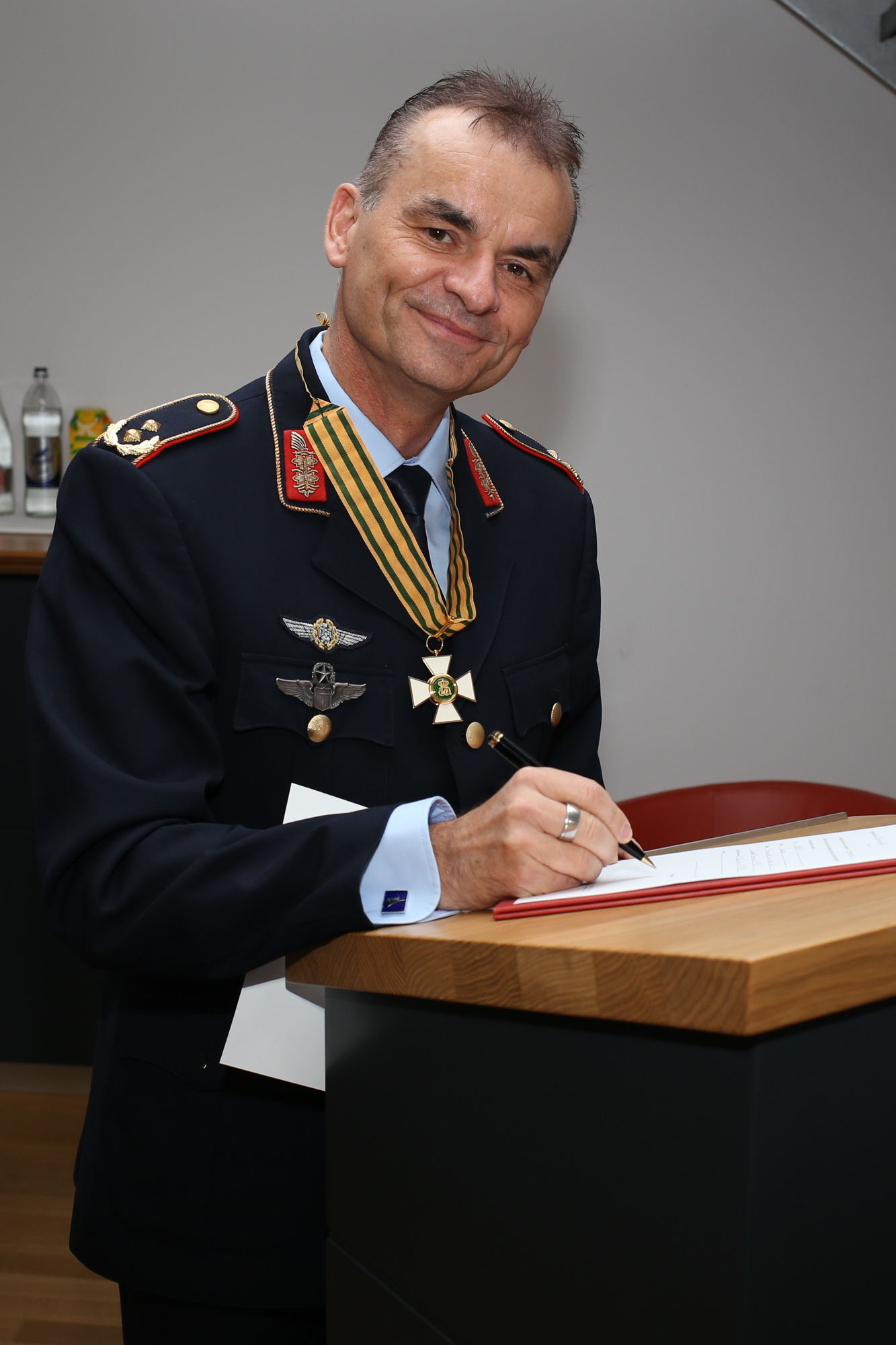