Good neighbors help each other

Last week, the city of Eindhoven was proclaimed as one of the top three cities in Europe in terms of “favourable business climate for international entrepreneurs”.
For many years now, “Brainport Region Eindhoven” has been busy creating a distinct profile not only for international innovative industries to set up business in Eindhoven but also for expats to live in Eindhoven with good education, housing and sports facilities, cultural activities as important incentives. Within the educational framework, the International School Eindhoven (ISE) plays an important role in addressing one of these prerequisites.
To state this to be true, the city of Eindhoven arranged that French lessons in the International School Eindhoven (ISE) are held for children of EATC families.(European Air Transport Command). The school will offer precisely to French-speaking children of the EATC families a French first language-program – at primary level.
Both parties confirmed this agreement on 27 March 2014, together with Mr. David Gatley, director of the ISE and in presence of Monique List in her function as  Vice-Mayor. For the EATC, the Commander and French Major General, Pascal Valentin, caught the opportunity to come along ISE premises in order to confirm from EATC aside.
Unless students leave school earlier, the arrangement applies unlimited for the time being. The program will be reviewed annually and changes will depend on the number of students participating in the lessons. The agreement was announced official, right before the recruitment of the next French EATC contingent begins by early/mid March 2014.
General Valentin emphasized in his speech, that also Spain will join EATC in July this year, whereas Italy will probably become a member in 2015. As a  consequence, EATC should gather some 200 personnel from seven nations within Eindhoven Air Base - most of them live with their families in or around Eindhoven.
“Our families are important to us”, General Valentin stresses, “No soldier can perform on a daily industrious and secure attitude, when his offspring faces trouble in social or educational matters abroad. We have, and we will take care for our families – and thank our Dutch neighbors for their outstanding hospitality and engagement. Good neighbors help each other.” 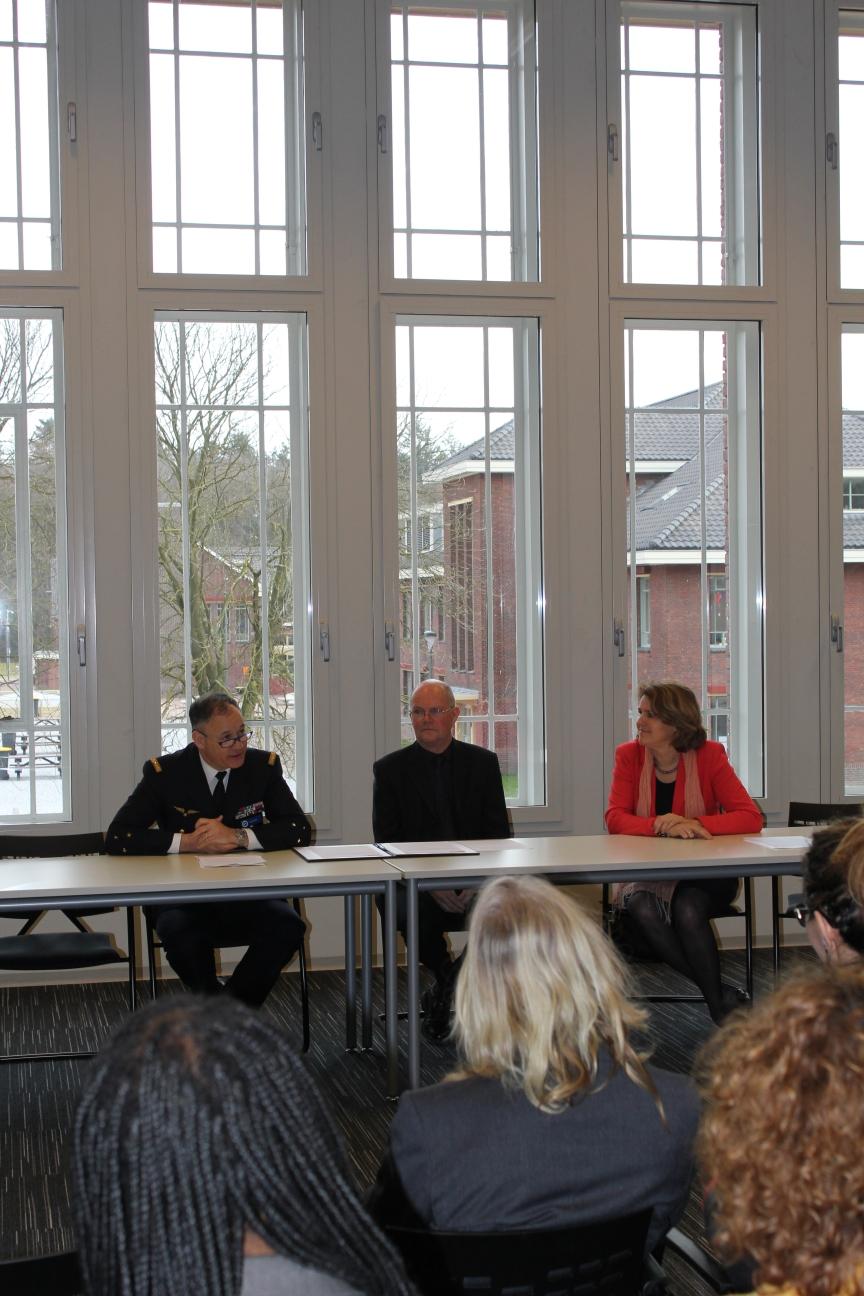