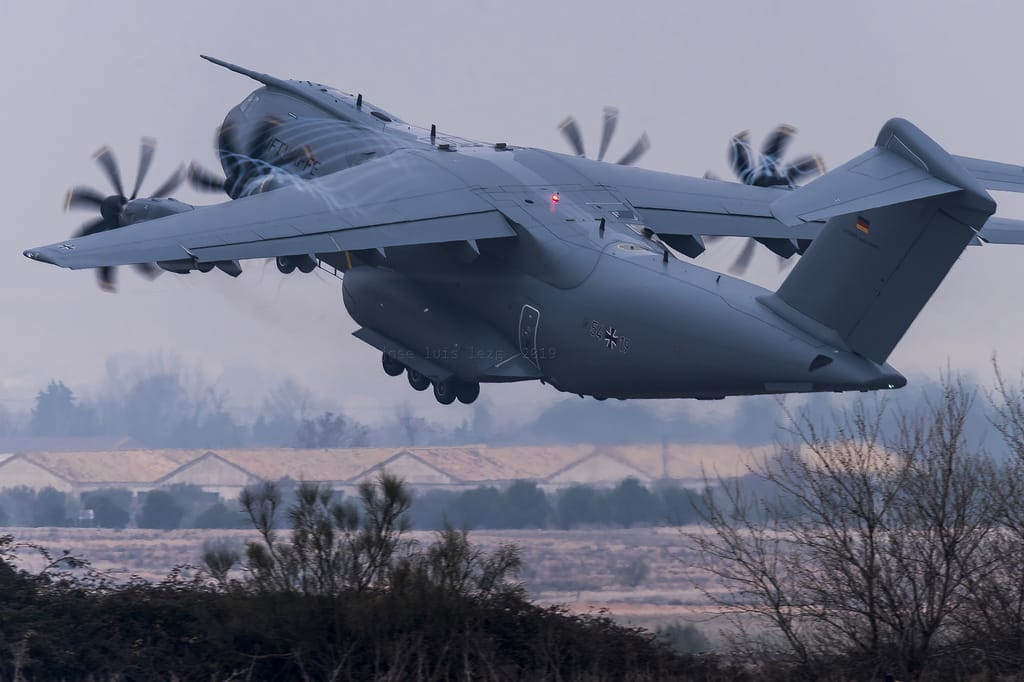 From 10 until 22 February 2019 , the European Tactical Airlift Programme – Course ETAP-C 2019-1  took place in Zaragoza (Spain). The course was run by the ETAC*, supported by EATC and hosted by Spain.

Six nations, whereas three EATC members, participated in the successful course with their air transport assets :

This was a premiere for Germany: a German A400M participated for the first time in ETAP-C.

On request from Spain, further cross parachuting was tested to enhance interoperability so that the Spanish parachute “TP-2Z” can be used on Polish and Norwegian C 130 aircraft.

ETAP-C was successfully conducted according to EATC’s updated syllabi. These new syllabi provide more flexibility : freedom of action is given to organise missions during the whole period of the course so that the objectives at large are met at the end of the course. Moreover the outstanding support by the host nation, the availability of the assets and the weather conditions allowed the whole programme of the training to be executed smoothly.

During the graduation ceremony at the end of ETAP-C 19, all participating crews were awarded their course certification.

For more information on the European Tactical Airlift Programme.