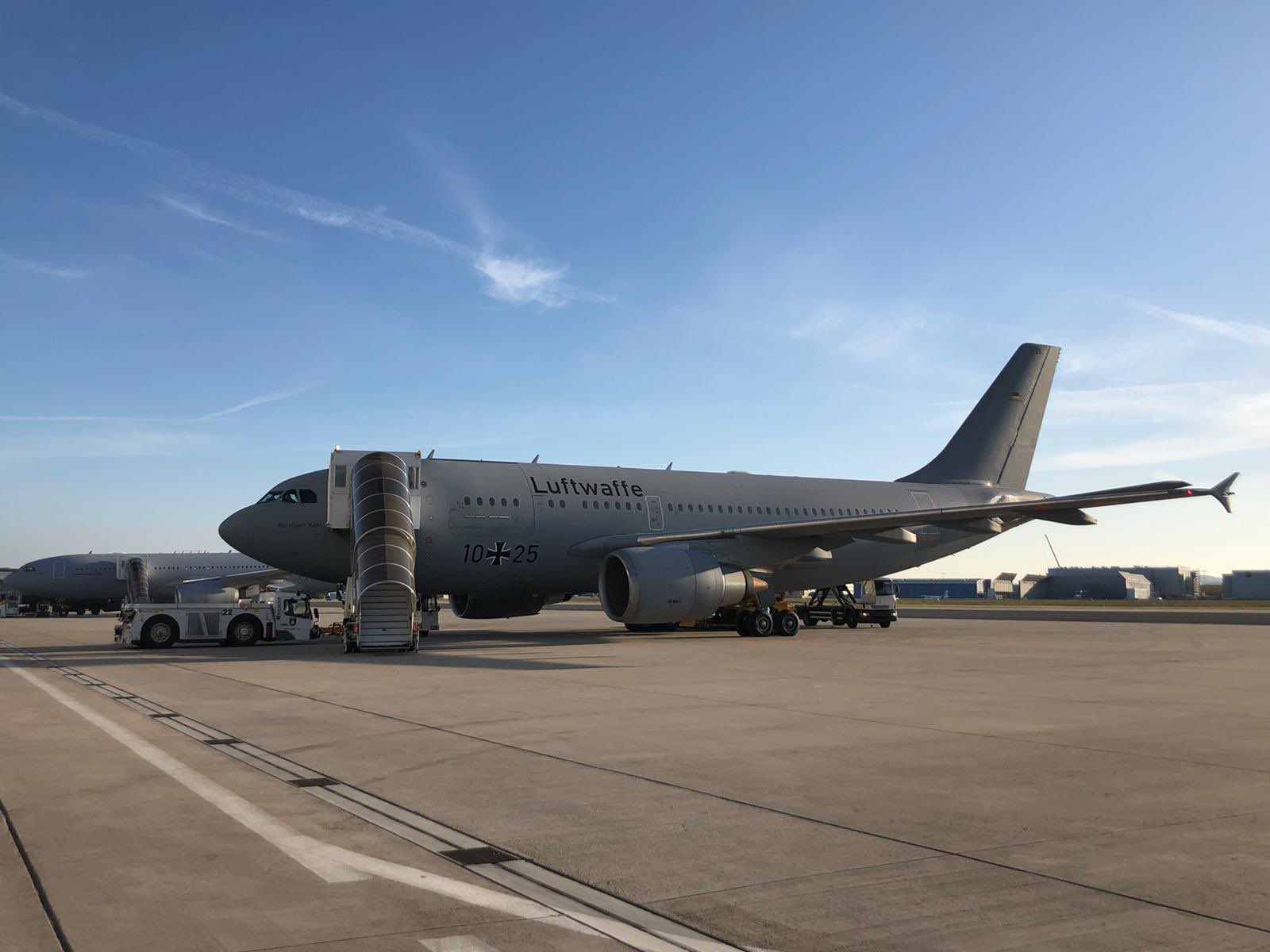 On 12 May 2022, EATC commanded and controlled a German A310 aeromedical evacuation mission transporting wounded Ukrainian patients from Rzeszów-Jasionka Airport  (Poland) to Frankfurt am Main (Germany).

The A310, which was specially equipped to perform aeromedical evacuations, took off on this Thursday morning from Cologne Airbase. On board a team of German doctors and nurses from the Bundeswehr medical service. On a case by case basis, this team can be reinforced by civilian specialists, depending on the pattern of injuries or for example when children are to be relocated.

Each aeromedical evacuation mission is coordinated between EATC, the responsible German medical director on board the aircraft as well as the executing agency, in this case the “Flugbereitschaft BMVg”. For this particular flight,  after reviewing the medical conditions of the patients to be evacuated, it was commonly decided to adjust the altitude of the flight in order to allow a safe transport of the patients.

This mission was the fifth aeromedical evacuation flight of the German A310 under EATC command and control to Rzeszów, transporting patients to different hospitals in Germany.