Germany as new guardian of air space over the Baltic States

On 25 August 2014, a German C-160 Transall under EATC OPCON left the airfield of Penzing, South Germany, with soldiers from the Luftwaffe and cargo (pallets, boxes, etc.) on board to Ämari, Estonia.
This flight marked the beginning of Germany’s participation (together with Canada, Portugal and the Netherlands) for the next four months to the surveillance mission over the Baltic States known as the Baltic Air Policing cooperation undertaken by NATO-partners.
This is the sixth time Germany supports this NATO mission with this year about 160 soldiers and six fighter aircraft (Euro Fighter), four of which are stationed in Ämari and two are on a 96-hour standby in Germany.

Learn more about this topic here (original article in German) 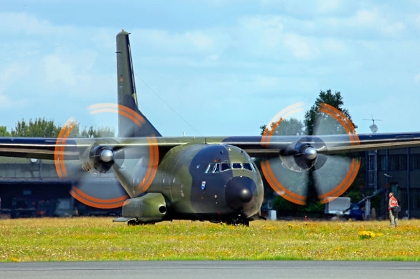