German Transalls back from African mission

By the end of 30 June 2014, the German aircraft C-160 Transall were dissolved from the United Nations operational use at MINUSMA mission.

Consequently on 03 July, technicians and pilots went on their trip home – with their three C-160 Transall arriving at their home bases the day after. Now the aircraft returned also back to EATC operational control: one year ago the EATC had given the operational authority back to the nation, thus allowing a more precise use by the tactical mission leader in the theatre abroad.
For the time being the use of the German C-160 Transall came to an end, although they can be ordered back to their logistic hub in Dakar within 72 hours. A return of the machines in the field of use may be requested by the UN at any time - although this is only to be expected when the military situations changes importantly: After an evaluation of the use of forces in MINUSMA, the United Nations had announced in recent weeks that there was - so far - no further need for the use of the German C-160 Transall.
Since the start of the assignment under the mandate of the United Nations on 01 July 2013, the German soldiers operated 1.050 flying hours, carried 4.500 passengers and approximately 520 tons of material to and from Mali in more than 470 support flights. 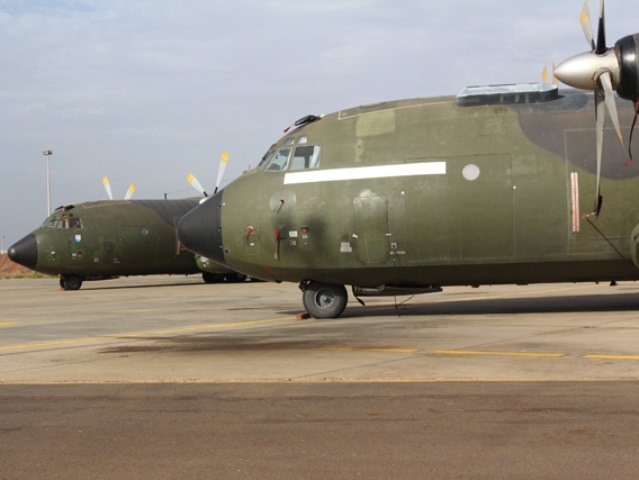