Under the chairmanship of the EATC, the Operational User Group (OUG) A400M organized a two day meeting at the German Air Transport Wing 62 in Hannover-Wunstorf. The main focus of that meeting was an update concerning the preparations for the upcoming entry into service of the "Atlas" in the squadrons and wings of the different A400M nations.
During the meeting representatives from France, Germany, Spain, Belgian and Luxembourg presented the status the A400M project has reached in their respective countries. Also - and for the first time - representatives from OCCAR (Organisation Conjointe de Cooperation en Matière d'Armament) and JAPCC (Joint Air Power Competence Centre) had been invited to participate.

France, being the first country to operate the A400M for worldwide logistic flights, used an unusual but practical opportunity to open the meeting - by presenting the A400M in Hannover itself. The aircraft arrived in time for the meeting, coming in from Orléans (FRA) via Eindhoven, where EATC is residing  and where the aircraft landed for the first time at all. France uses now five A400M while a sixth is awaited before the end of the year. All five aircraft are already flying on EATC OPCON for training and air transport missions.
Germany is also waiting for the delivery of the first German A400M which is to be delivered before the end of the year. All future 40 German ATLAS will be based in Wunstorf.

During a tour through the Air Force Base of Wunstorf, the participants could have a look at the brand new A400M Full Flight Simulator, the new A400M maintenance hangars and the infrastructure built for the training of the German and French ground crews.
In fact, according to the Technical Arrangement (TA) between Germany and France, the training for the ground crews and the basic flight training for the air crews of both countries will take place in Wunstorf, while the tactical training will take place in Orléans-Bricy, where the French training facilities are located.

Find out more about EATC involvement in A400M matters here. 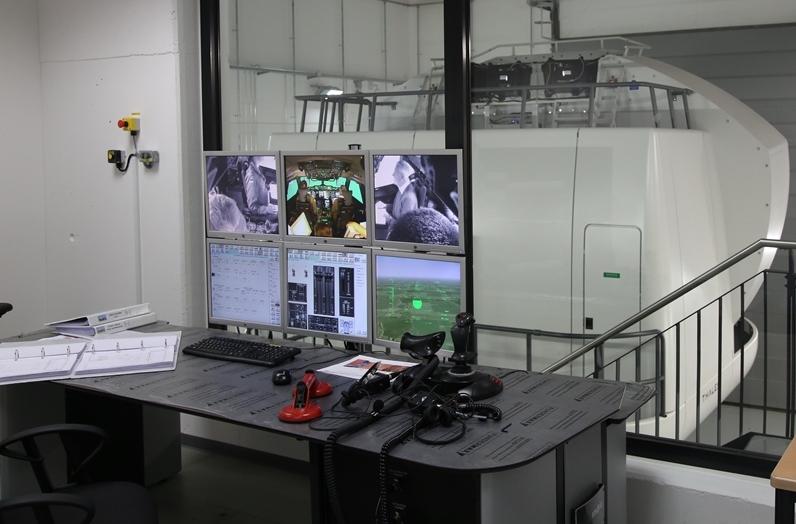