Further deployment to Central Africa on its way

EATC has organized and conducted a C-130 Hercules to assist France in implementing the air bridge between Libreville (Gabon) and Bangui in the context of strengthening the French Forces on the ground in and around the capital of Central Africa. The Hercules deployed additional Special Forces within the area of operation near to Bangui, together with crews and technicians of EATC assigned “Franche-Comte” and “Ventoux”-squadrons, while also a CASA CN-235 flew in additional personnel via N’Djamena, further hub of the French Air Force in the mid of Africa. The CASA was originally under EATC OPCON, but was set RTOA ( Return Transfer of Authority) in order to act more flexible within the African theatres.
Right after this Hercules mission the EATC assigned aircraft went also RTOA - while another French aircraft is expected to come back soon - as exchange - and to turn over again under EATC Operational Control.

And as a further outlook: With referrence to the official Belgian MoD website, the Belgian Air Force will assist the French intervention with - planning status as of Friday, 13th December 2013 - four missions of the EATC assigned Belgian Airbus A330 within the next six weeks. The aircraft shall deploy personnel from France near to the area of operation. 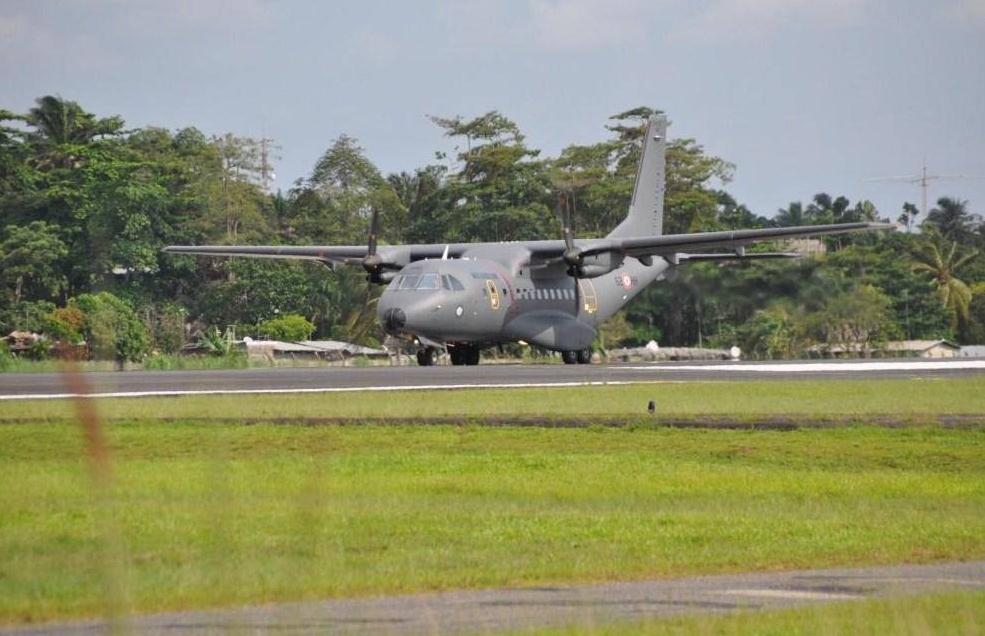