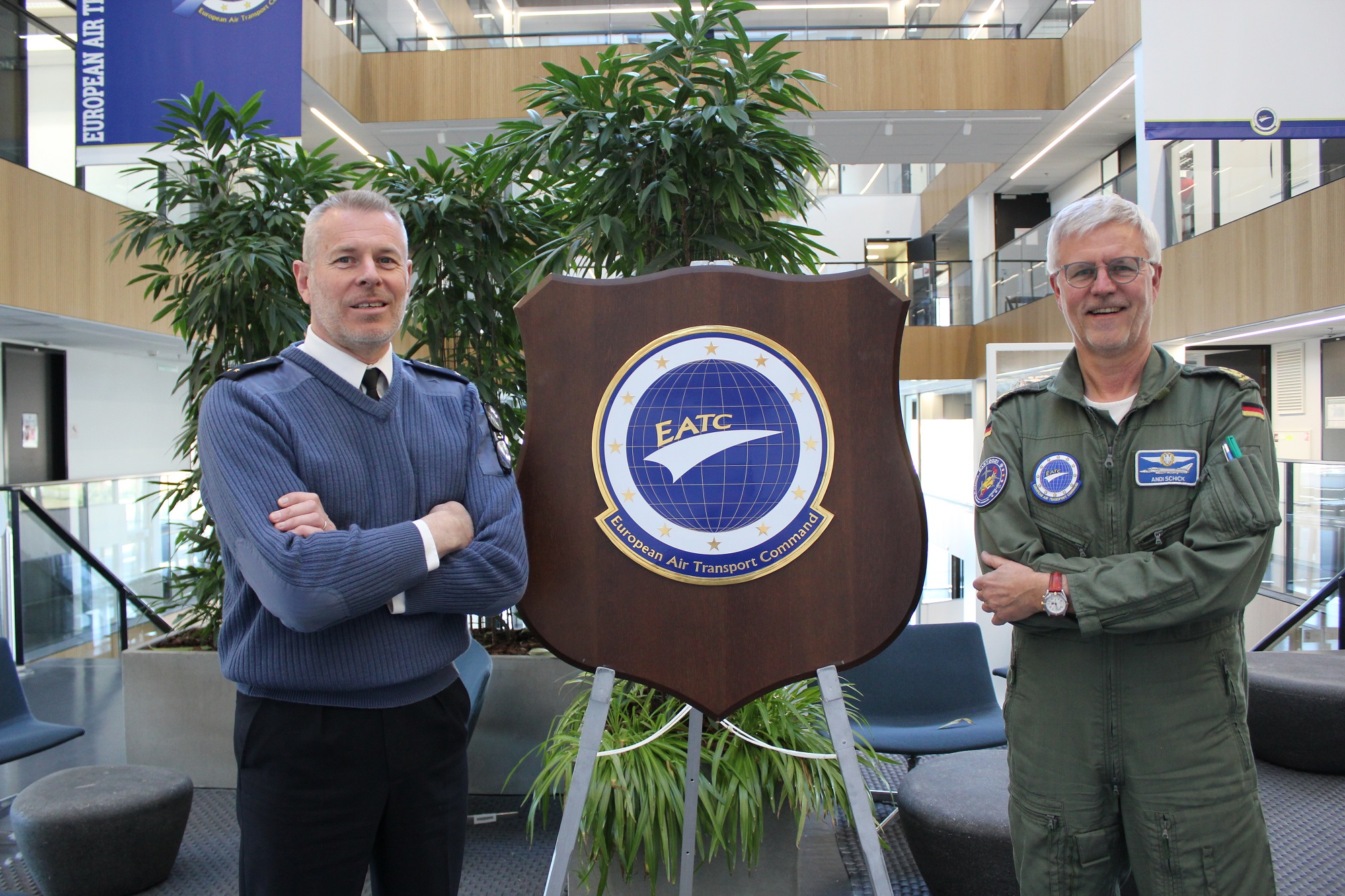 On 07 March 2022, Major General Andreas Schick, Commander EATC, met with French Brigadier General Fabrice Feola, Air Mobility Brigade Commander to update him on current EATC initiatives. They addressed in particular EATC’s offer for a more comprehensive multinational coordination during a crisis and the enhancement of the A400M interoperability.

General Feola had also talks with Brigadier General Stephane Gourg, Chief of Staff, and the French delegation at EATC. They discussed among others EATC’s support to French aircrew tactical training and the cooperation between the Air Mobility Brigade and EATC in the functional domain.