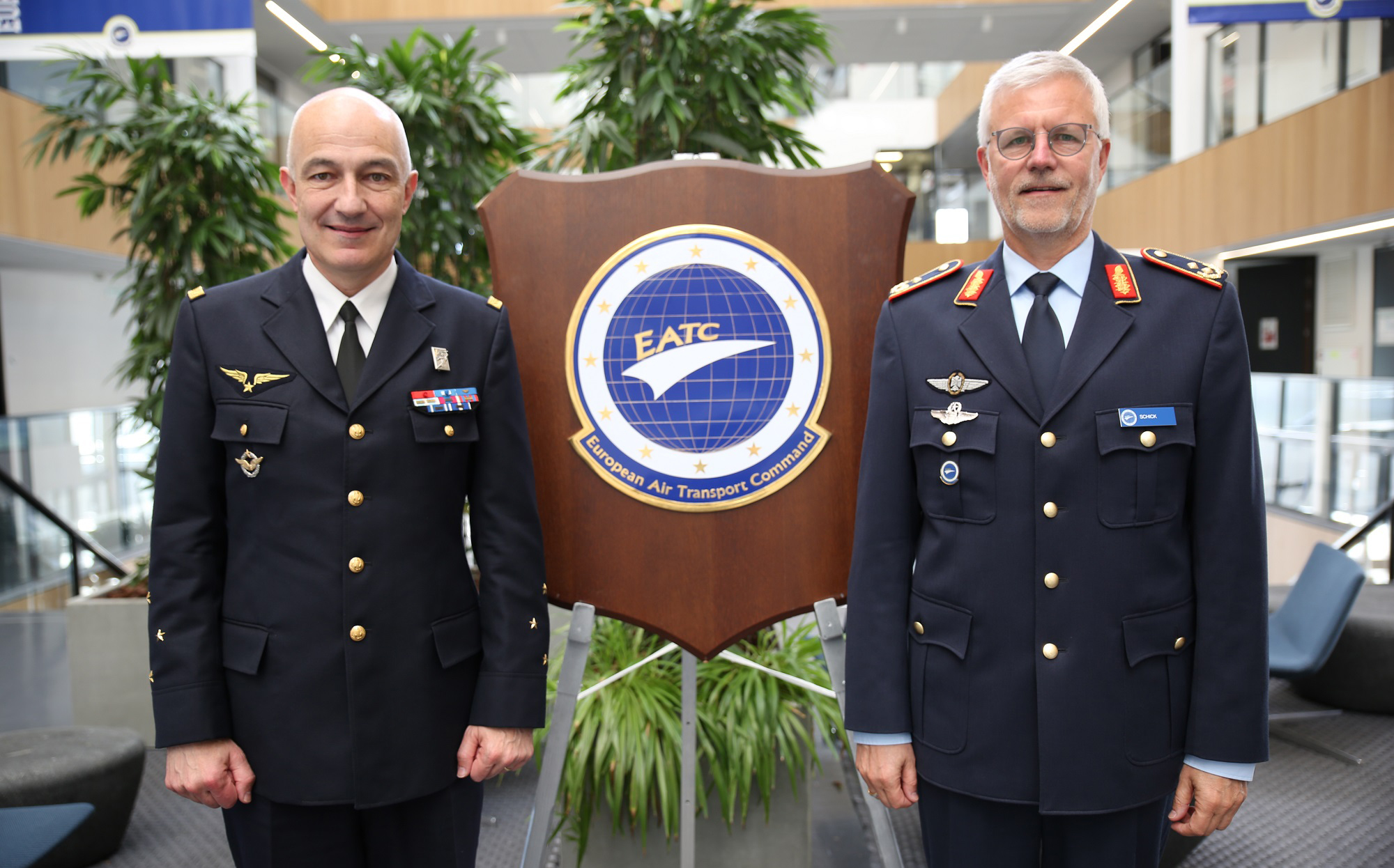 The two generals addressed in particular EATC’s initiative to offer potential support in crisis situation, including a comprehensive multinational situation awareness and coordination capability. They also discussed the dynamic and closer links between the French Air Forces and EATC. Lieutenant-General Moralès paid tribute to the support given by EATC to the French Air Forces, and especially during the last year’s evacuation missions from Kabul and the current war in Ukraine.

Moreover EATC’s divisions offered a tour through the headquarters presenting their activities and outcome to Lieutenant-General Moralès and his delegation.

The visit was also an excellent occasion for the Commander Air Defence and Air Operations to meet French EATC staff members and to have open discussions regarding their fruitful support provided on a daily basis to the CDAOA.