From 1st to 3rd October, the EATC has conducted the first operational mission of the fifth French A400M, MSN012, in African theatres in the framework of operation Barkhane.
Thanks to its large cargo capacity – up to 30 tons over a distance of 4 500 km – in total around 40 tons of freight were delivered in different operational theatres in the Sahel and Saharan region (Niamey, Ouagadougou, N’Djamena), offering optimized support to deployed military operating bases.
Operation Barkhane, with a workforce of 3 000, is conducted in cooperation with the G5 Sahel countries and aims at fighting terrorist armed groups operating in the Sahel-Saharan strip.

The French Atlas took off from its home-base Orléans  to Istres, Niamey – where 20 tons of cargo were unloaded, Ouagadougou , Kinshasa – where the crew picked up personnel and cargo for Belgium before heading to its next destination: N’Djamena, where 19 tons of cargo were delivered. The aircraft then reached Brussels, where the Belgian passengers and cargo were dropped before flying back to Orléans. Indeed as the EATC is preparing, tasking and controlling the transport missions of its member nations, it was aware of Belgium’s transport needs and was thus able to optimize the A400M by making a stopover in Kinshasa to pick up passengers and cargo. This mission was a shining example of the Pooling & Sharing concept that lies at the core of this command.

The Atlas has a very rapid and autonomous cargo loading or unloading. It is one of the few air transport aircraft to fly either strategic missions as well as equipment and personnel directly into the area of operation, thus enhancing the EATC’s tactical and strategic capabilities.
The MSN012 is the sixth model delivered to the partner nations of the A400M – which include  Belgium, France, Germany, Luxemburg, Spain, Turkey and the United Kingdom – and is at the very cutting-edge of technology.
In total 174 aircraft have been ordered by the seven:. France has now a fleet of five Atlas, Turkey received its first model in April 2014 and Germany will soon receive its first A400M. 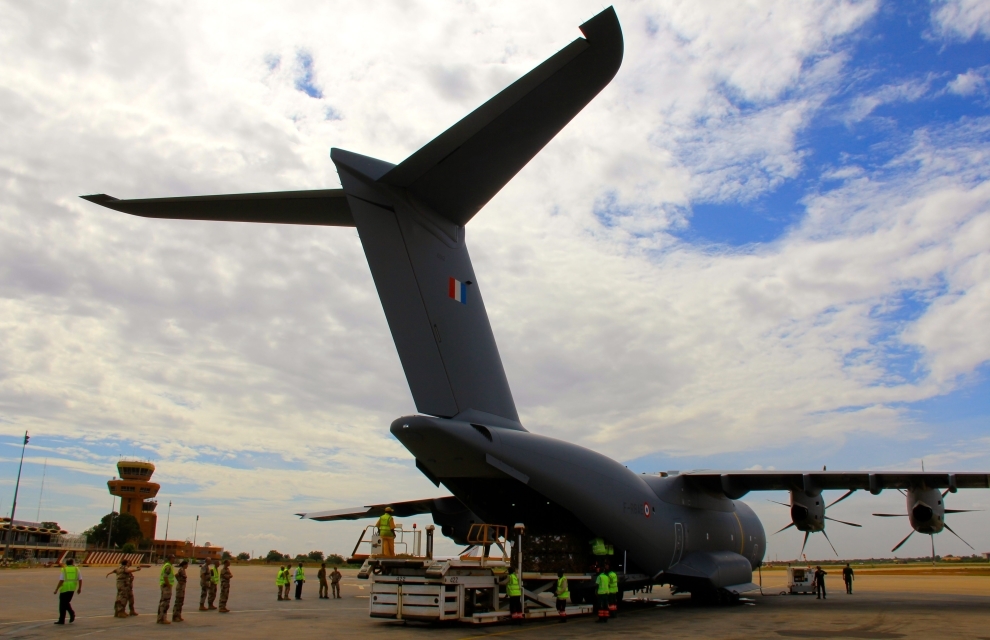