Although the German Air Force will receive the first own A400M "Atlas" planned in November 2014 - and Belgium in 2018 - both nations can already use the services of the new European transport aircraft: On 09 August 2014, the A400M flew for the first time German part load out of Cologne military airport towards Washington Dulles airport. MSN008 (military 0008/F-RBAB) returned today from the Canada with first Belgian and additional French partload on board - having since then crossed some international borders…

Crossing new borders
The original mission - led by two French crews on board - was to carry out French aircraft equipment out of Orléans, where all three EATC assigned (and French) A400M are actually stationed. When also air transport requests from Belgium and Germany found their way to the EATC, it turned out, that all three nations could be serviced with one combined mission. This mission was consequently designed in a way that the aircraft was first to land in Cologne-Wahn. The aircraft then turned over to Shannon (Ireland) for a fuel stop. Crossing the Atlantic the Atlas entered Washington Dulles Airport in the late evening, where the aircraft lifted its cargo bay – the German partload was addressed to the German detachment at Holloman Air Force Base (New Mexico). The planned flight path sent the aircraft further to Calgary (Alberta, Western Canada), where it took up the Belgian as well as additional French partload. After a planned fuel stop at Quebeck City (Quebeck, Eastern Canada), the aircraft again headed over the Atlantic towards Brussels military airport at Melsbroek, where MSN008 arrived at 10.15 local. Finally reaching its home base, the “Atlas” had covered a total distance of more than 10.000 nautical miles, nearly 20.000 kilometers. 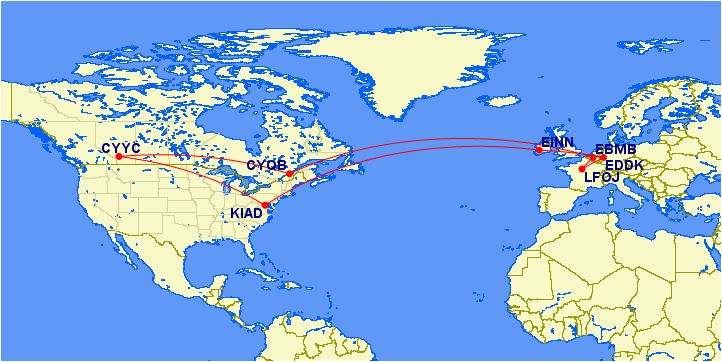 Always in the starting blocks
Watching this remarkable aircraft diving through the skies is also due to many EATC impulses within its Functional Division, where aircraft specialists of the EATC Participating Nations created successfully a number of concepts to accelerate the aircrafts introduction into the national Air Forces.
“We have made our homework yet”, remarks EATC Commander, Major General Christian Badia, as EATC provides guidance and know-how, e.g. by enhancing many interoperability measures around the new aircraft - thus decreasing later expensive harmonization procedures. “When in a few months the first German A400M touches the ground of Air Transport Wing 62 in Hannover-Wunstorf, the German Air Force can rely on us when it comes to functional and operational issues on this very modern aircraft. By the way, this first complex A400M mission with international payload indicates, that EATC gathers all the momentum, taking action and care to make the A400M introduction a success – in functional as well as in operational matters. And it (EATC) has to, because in less than one decade we run a hundred of this remarkable aircraft.” 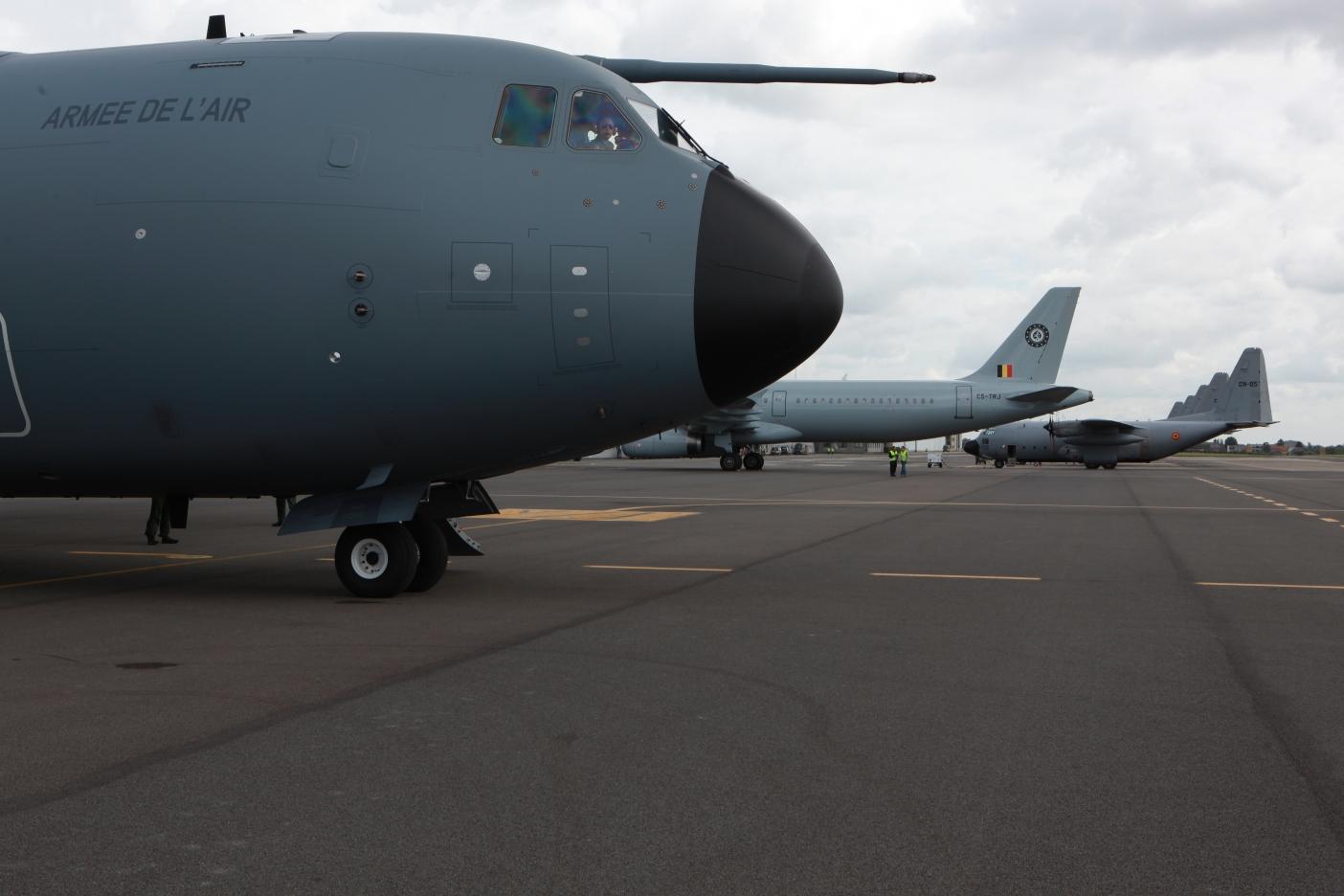 Mission accomplished. In the background the Belgian Air Force A321 and the Hercules