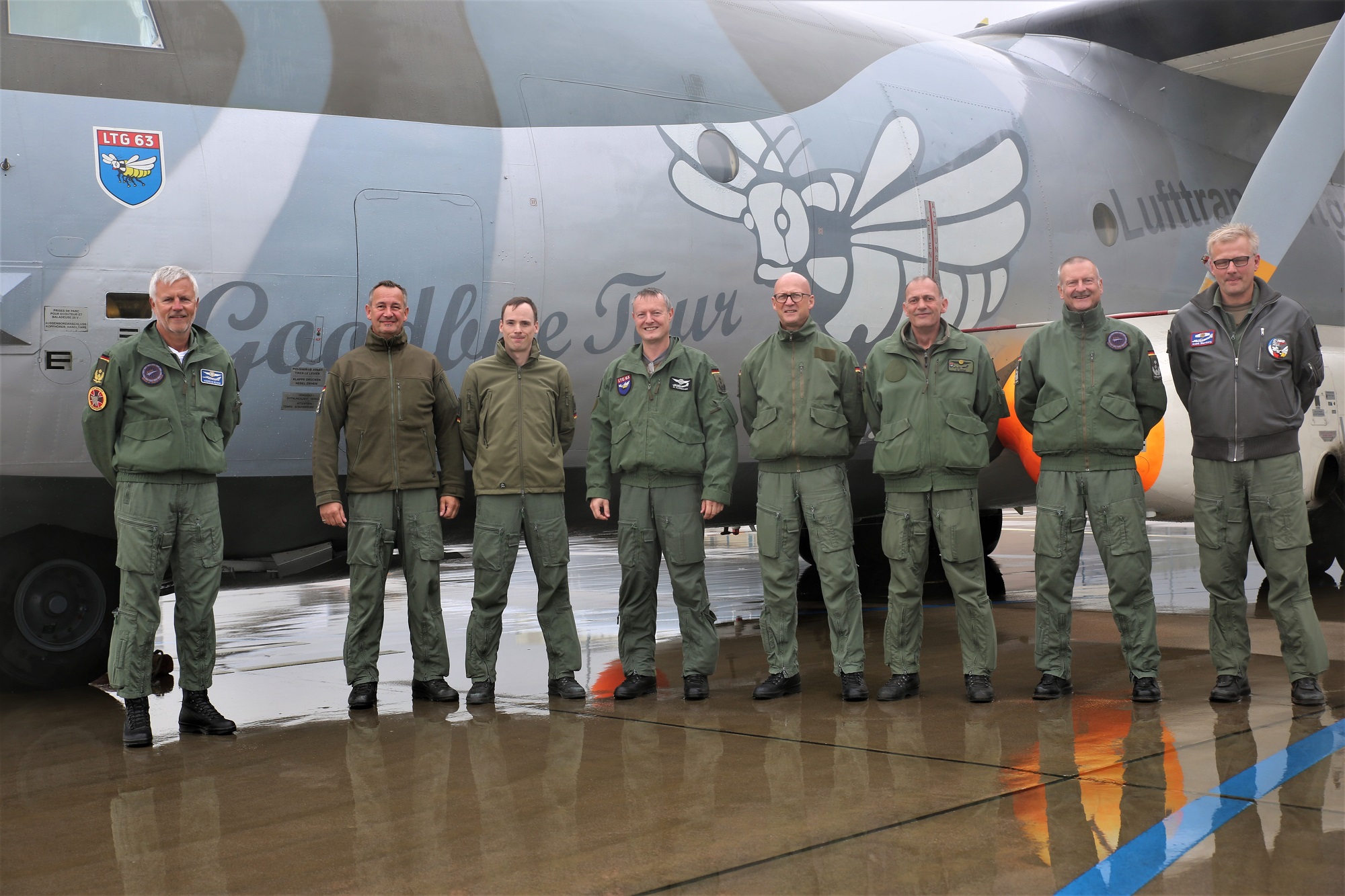 On this 11 October 2021, the sky over Eindhoven was over clouded when a bright and colourful feast for the eyes approached: the German C-160 Transall, registration number 50+40, in a fanciful design roared over Eindhoven airbase. Shortly before 11 am, Colonel Kleinbauer, Commander of the Air Transport Wing 63, landed for the last time with a German Transall at Eindhoven airbase. Major-General Schick, Commander EATC, warmly welcomed him and his crew on their final farewell tour.

For five decades, the C-160 Transall was the German legacy military tactical air transport aircraft and it was also one of the main air transport capabilities at EATC. When EATC became operational in September 2010, Germany transferred the authority of 74 C-160 assets to EATC. The first historical mission under EATC authority was executed with the C-160 Transall on 11 October 2021. Since then, EATC managed nearly 21000 German C-160 Transall missions, totalling about 92000 flying hours. As of 2014, Germany gradually replaced the Transall with the new “workhorse”, the A400M.

The special painting on this Transall registered “50+40” presents, among others, details of five decades of world-wide missions and its 13.500 flying hours. It is called sentimentally “Retro Brummel”, a name deriving from the sound of the Transall’s Rolls-Royce engine. During the last weeks, the aircraft bid farewell to the partner airbases and those hosting C-160 Transall assets. It will be decommissioned on 12 November 2021.

The Transall registered “50+40” is not the only special painted copy. The EATC building at Eindhoven airbase is highlighted by the Transall with the registration “50+95” offering a special painting to celebrate the 55th anniversary of Air Transport Wing 63 and the 60th anniversary of the German Air Force. It was donated for static display by Germany in 2016.

More information on the C-160 ”Transall”
The C-160 “Transall” was born out of a joint French-German consortium called “Transporter Allianz”, one of the rare successes of joint European cooperation offering the faithful service of a versatile aircraft for more than 50 years.

Germany and France have decommissioned in the past years this aircraft to replace it by the new backbone of their air transport fleet, the A400M. France will decommission its last C-160 Transall assets in 2022.